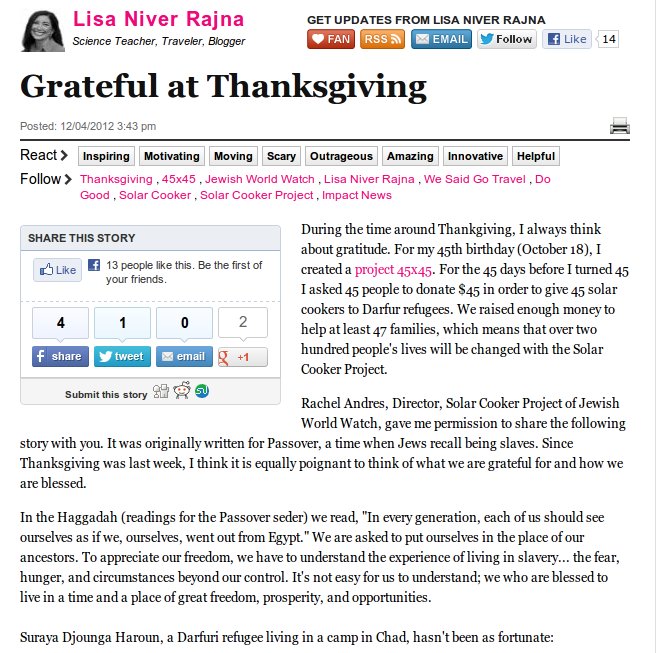 During the time around Thankgiving, I always think about gratitude. For my 45th birthday (October 18), I created a project 45×45. For the 45 days before I turned 45 I asked 45 people to donate $45 in order to give 45 solar cookers to Darfur refugees. We raised enough money to help at least 47 families, which means that over two hundred people’s lives will be changed with the Solar Cooker Project.

Check out the full article HERE.

Taipei Flower Show
Hotel Maya is the place to stay in Long Beach, California!
Do You Love The Animals Of Africa?
Wharton Magazine: Treat Your Business Rival as Inspiration, Not Competition