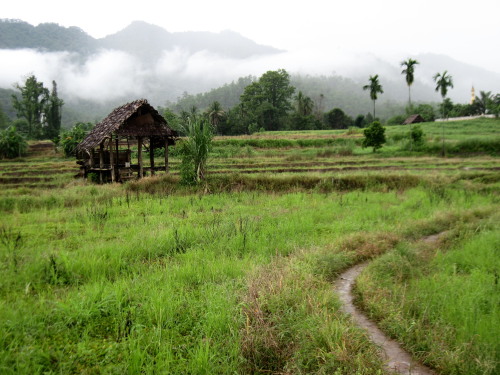 Only dust remained on the chalkboard, a wispy reminder of the lessons that covered it moments before. Outside, the motley assortment of sandals that lived on the front step were hurriedly dumped into the closet and the water basins cleared of dirty dishes.

Rickety wooden shutters were slammed closed; overhead lights were switched off; five Burmese refugees and one confused American teacher were rushed to the farthest bedroom and told to be silent.

This was not the way I expected to spend my final English class.

After three peaceful months volunteering with a group of ethnic Karenni Burmese women in Mae Hong Son province, Thailand, the kingdom’s Immigration officials were finally aware of our secret location.

The threat had always been present, poking around the front gate with our neighbor’s chickens or seated patiently inside the classroom. It’d been explicitly defined the moment I joined the Burma Volunteer Program. 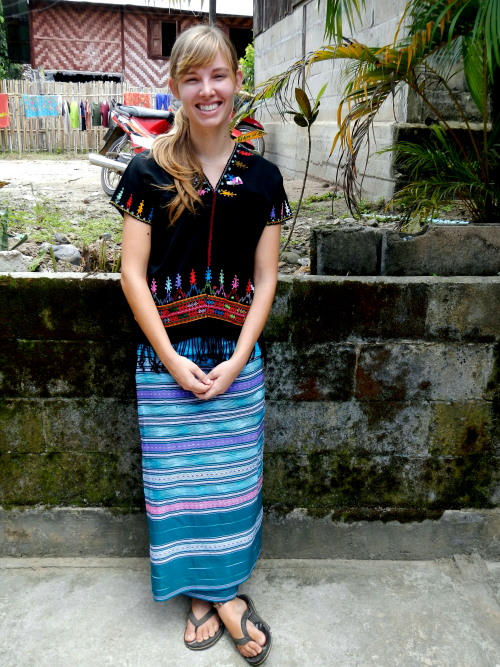 “Do not enter the country on a volunteer visa, avoid conversations about what you’re here to do,” read the instructions on my acceptance letter.

For several years, the BVP has placed journalists, teachers, activists and passionate people with Burmese refugee organizations operating inside Thailand. When five new recruits – an eclectic mix of Americans, Aussies, Israelis and English – first circled the floor at a 2012 orientation, this threat was reiterated.

“If questioned about your host organization, explain that you are just a backpacker asking for directions, or looking for a temple. Play dumb, talk about how friendly the locals are, how much you love Thailand. As foreigners, you will likely be left alone.”

Those answers now seemed insufficient, should any government employee find me huddled in this room of anxious silence. Back pressed guardedly against the door, I felt more like a secret agent than an amateur educator.

Since the end of British colonialism, over 84,000 ethnic peoples have fled from Myanmar’s violent civil conflict to the relatively safe soils of its eastern neighbor. Yet because Thailand is not party to the 1951 UN Refugee Convention, the interim bamboo villages strung along the country’s border with Myanmar – or Burma, as my girls still called it – are technically illegal.

By law, no refugee can drive a vehicle, own property, seek employment or leave the camp without permission. Establishing and running a women’s rights group, which necessitated all these things, broke more rules than I cared to count.

What would happen to the staff and students now? Worries sidled up with the shadows, forcing nervous fingernails between my teeth.

I couldn’t tell if the girls were frightened or simply surprised by the sudden change in events. Most reclined on the wooden floor, peering curiously through the wall’s woven slats whenever a truck engine rumbled outside. 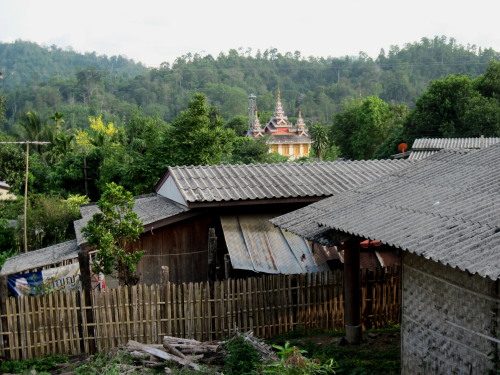 “Teacher OK?” Taw Le Pay asked every so often, concerned about the young woman who was protecting the entrance.

Because I was scared; scared and nervous and naive enough to hope that if I lied about my job here, a uniformed official would believe it.

If caught, the brave ladies beside me would be lucky to receive an unnaturally expensive fine. But debt was nothing compared to deportation. These beautiful girls were not freedom fighters or political activists, merely concerned young women suffering for events beyond their control.

“We can watch movie, teacher?” Rosie sat up and gestured toward the laptop I’d taken from the classroom. One of the girls giggled, another yawned. 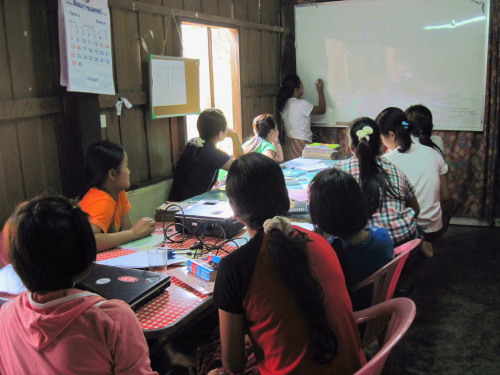 Originally, our curriculum had featured prepositions and questions words; to their delight, it soon transformed into fairy tales and chick flicks with upbeat plot lines. Now, watching them calmly accept the adversity of another unfair situation, I wondered which would help them more: one final English quiz, or the Western optimism that everything, always, turns out right.

“Ok, very quiet,” she whispered, smiling. Even when presented with the hardest of grammatical challenges, I’d never seen my students frown.

“What do you want to watch?”

They conferred in Karenni. “Magic movie, teacher,” she requested.

It was the first film we’d shared – Ella Enchanted – a whimsical story with handsome princes, ugly giants and a lot of magic.

So this was the way I spent my final English class: cheering for the damsel in distress, booing at the evil villain and applauding an imaginary world where only happy endings were possible.

Due to financial and political constraints, the Burma Volunteer Program no longer facilitates the placement of volunteers with Burmese refugee organizations in Thailand. Those wishing to volunteer with ethnic refugees are encouraged to communicate directly with grassroots refugee organizations via the BVP’s website.

Kelli left a small, Midwest American town to prove that Yanks can, and do, chose alternative lifestyles. Desperate to challenge this stereotype, Kelli has served over 10,000 pints of foreign beer; played the organ at five funerals; participated in two motorcycle rallies and plunged too many clogged toilets. After working with Burmese refugees in Thailand, she decided to pursue a MA in Global Development and is, naturally, getting distracted along the road back to school.