HuffPost: Do You Love Your Money? 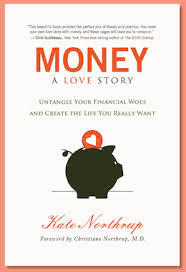 While reading Money: A Love Story by Kate Northrup, I really thought about my relationship to my finances. I did not think my money needed love or attention but she says it is time to take “responsibility for our money, our stories and our lives.” Although I have always felt in charge of my working life, I have ignored my IRAs and retirement accounts.

When I was home recently after being away for over a year, I did open all the mail from various banks and institutions and put it in a pile, but did not actually read any of it. A month later, I received a letter that due to non-response, one of my accounts had been moved. I realized it was time to act. I counted up and realized I had eight separate retirement accounts at five different locations. As Northrup would say, I needed a date with my money.

After each job move and sabbatical, I considered consolidating the accounts, but it seemed challenging or was not my priority. However, when I wanted enough money to travel, I was able to create an additional income stream and save in order to get what I wanted. I agree with Northrup that when we say: “‘I can’t afford that,’ it’s not about the money. If you really wanted it, you would figure out a way to get it. If it were that VALUABLE to you, you would make it happen.” So, I decided having my accounts in one place was important and I spent the better part of three days making calls, filling out forms and getting organized.

I nearly felt that I would need to go back to school and join my friend, Nancy, at her new business management courses in order to manage it all. But every single time I got frustrated, I simply picked up the phone and asked for help. As I worked through all the accounts, it became fun as I realized I had over three times the amount I had originally figured. Northrup says, “If you can’t see your value, the world doesn’t give value back.” The more attention I paid to my money, the more I was discovering! I even found $200 in cash in my own wallet! 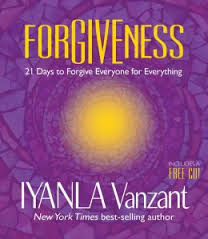 I realized I did not need to go back to school, I simply needed to focus. In Forgiveness: 21 Days to Forgive Everyone for Everything by Iyala Vanzant, she says that: “Life follows the energy of our focus and faith.” I chose to put my energy into getting organized and suddenly it was simple, fun and I had all the help I needed.

Vanzant continues: “It is always so much easier to blame someone else rather than accepting responsibility for your experiences. Whether it is a breakdown in a relationship or a lack of financial substance or a failure to fulfill a dream or goal, there must be ‘someone’ to blame.”

At first when I tried to get my money organized, I complained that it was too complicated or I did not have time. I blamed the companies for not helping me enough. I realized that I did not need to blame anyone, I just asked for help and did the task one step at a time.

The process is ongoing as there will be more hoops to jump through before all my money arrives at my favorite institution, Ameritrade. I am content that my recent date with my money went so well and plan to organize more moments in the future to focus on what is valuable to me.

This article first appeared in the Huffington Post. Please share below how you are taking care of your MONEY!

About the Author: Lisa Niver Rajna is a passionate writer, speaker and global citizen who has traveled to over one hundred countries and six continents. She and her husband, George, co-authors of Traveling in Sin, have been on the road since July 2012, follow their journey at We Said Go Travel.

2 responses to “HuffPost: Do You Love Your Money?”