How about some of the best hiking in the world. 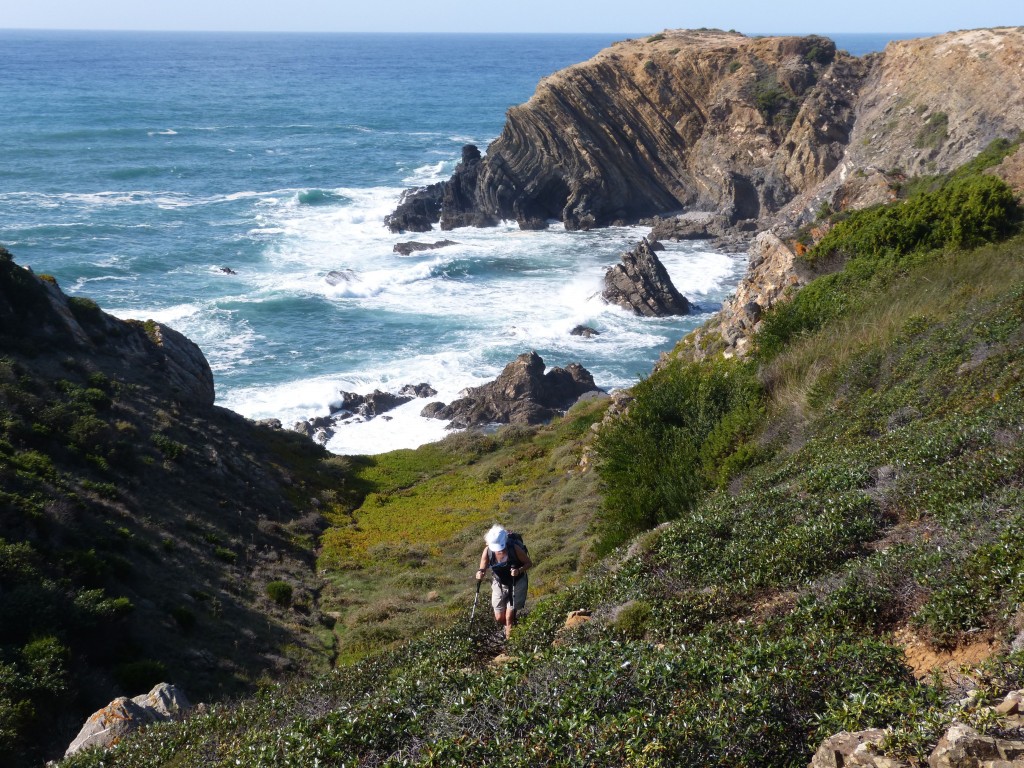 This past October, my wife Katherine and I hiked the Algarve, Costa Vicentina and Alentejo regions in SW Portugal. For the first four days we hiked along the Atlantic coast, including two days on the Rota Vicentina, the old fisherman’s’ trail that runs along the cliffs overlooking the ocean. Walking along the flat, sandy path on the cliffs we gawked at rugged headlands, walls of rock and empty crescent beaches pounded by foaming surf. We occasionally had to hike down a steep, narrow trail to a beach and back up again on the other side. In places we hiked through pine forests and waded through streams, soon to be waterfalls, as they rushed over the cliffs into the sea. Whitewashed fishing villages broke up the wild views every few miles. The trail was easy to follow, and we never needed to use the handheld GPS provided by Macs Adventure, the tour company that hosted us on this trip. 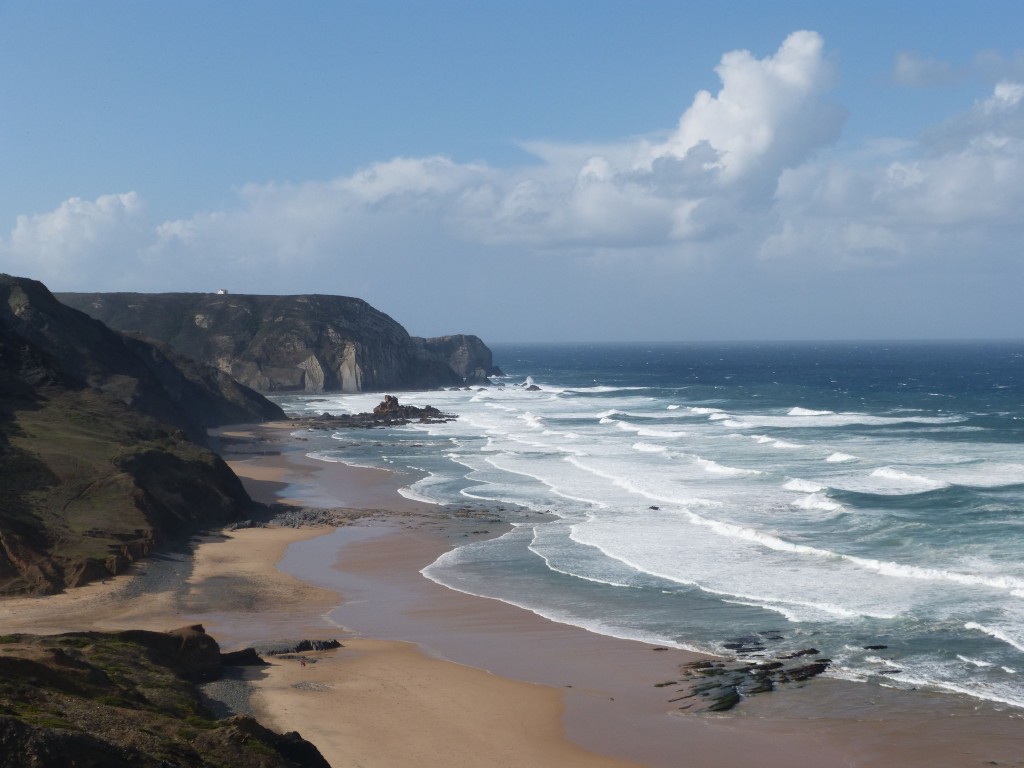 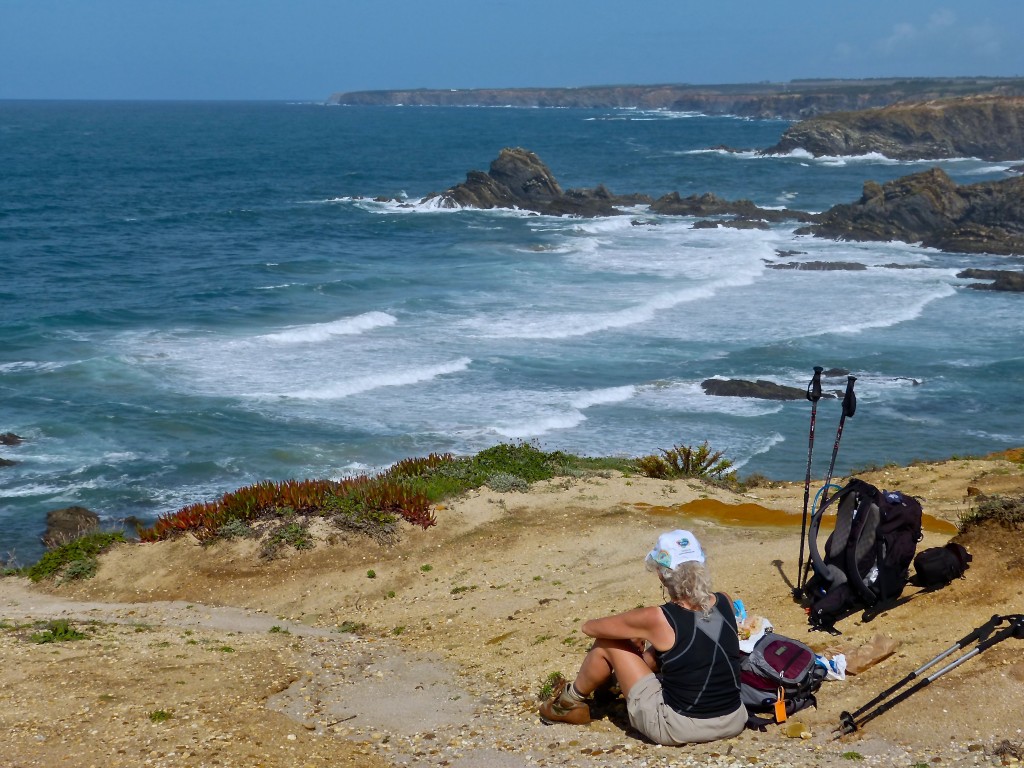 If this wasn’t the best four days of hiking I have ever done, it was damn close!

After the Rota Vicentina, a taxi shuttled us about an hour north and inland to the Alentejo region, a place of lakes, rolling hills and forests of oak and eucalyptus. As soon as we arrived at the Quinta do Barranco da Estrada, a lodge overlooking a lake, I plopped down on the patio in front of our cottage and decided to take the rest of the day off to sit, read and gaze at the lake and explore the lush gardens surrounding the lodge. 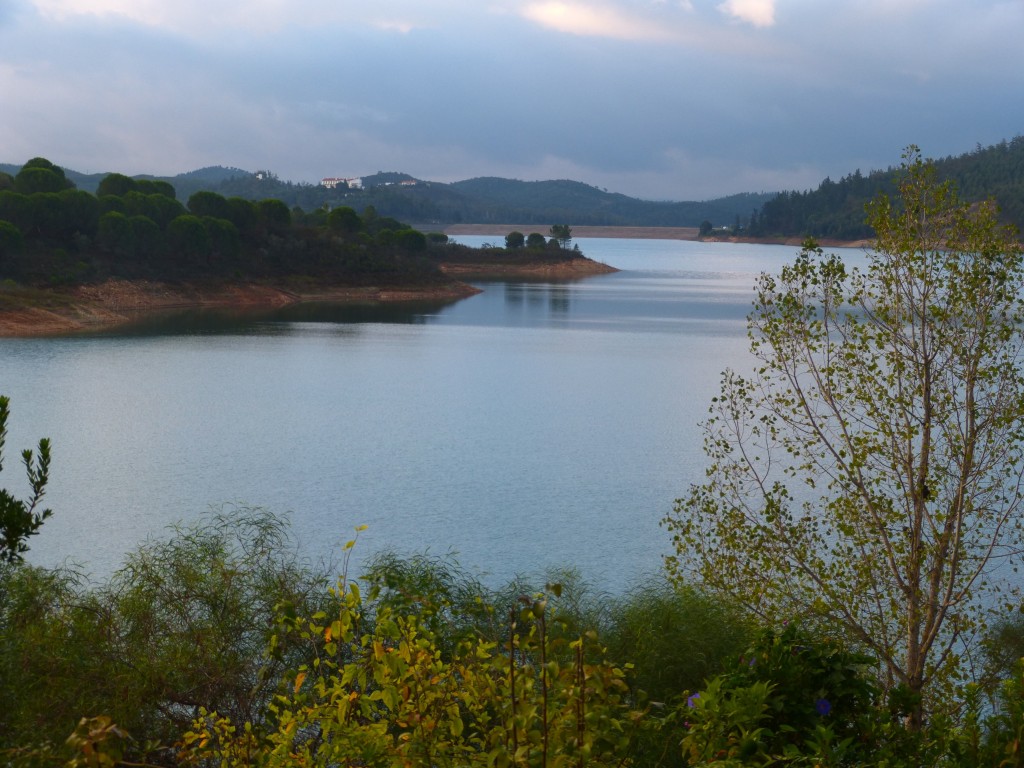 The next day we went for a six-mile hike along the roads and through a forest near the Quinta. The views from the road were not as dramatic as along the Rota Vicentina, but the landscape of low rolling hills, forests and vineyards was plenty attractive and matched our relaxed, easy going pace and mood. 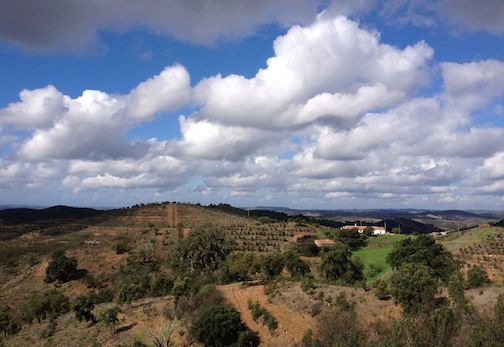 The places we stayed during the trip, including the Quinta, added to the overall experience. Our accommodations for the first three nights were at the Aldeia da Pedralva, which is more like a village than a hotel. In fact, it once was a village with a population of about 200 people until it fell on hard times. Over the last several years the current owners purchased most of the cottages and converted the ghost town into a thriving hotel and jumping off point for hikers, surfers and tourists from around the world.

We ate every night at the excellent restaurant at the hotel. My favorite dishes were the baked camembert covered with berries and nuts, the rich, meaty chorizo, and the Portuguese classic, bacalhau (pronounced like the name of Tony Soprano’s massive brother-in-law), also known as salt cod on bread. It’s sort of like a very thick chowder or stew of cod, vegetables and garlic served in a hollowed out loaf of crispy bread, similar to the clam chowder in a bowl of sourdough bread served on Fisherman’s Wharf in San Francisco, but much better. 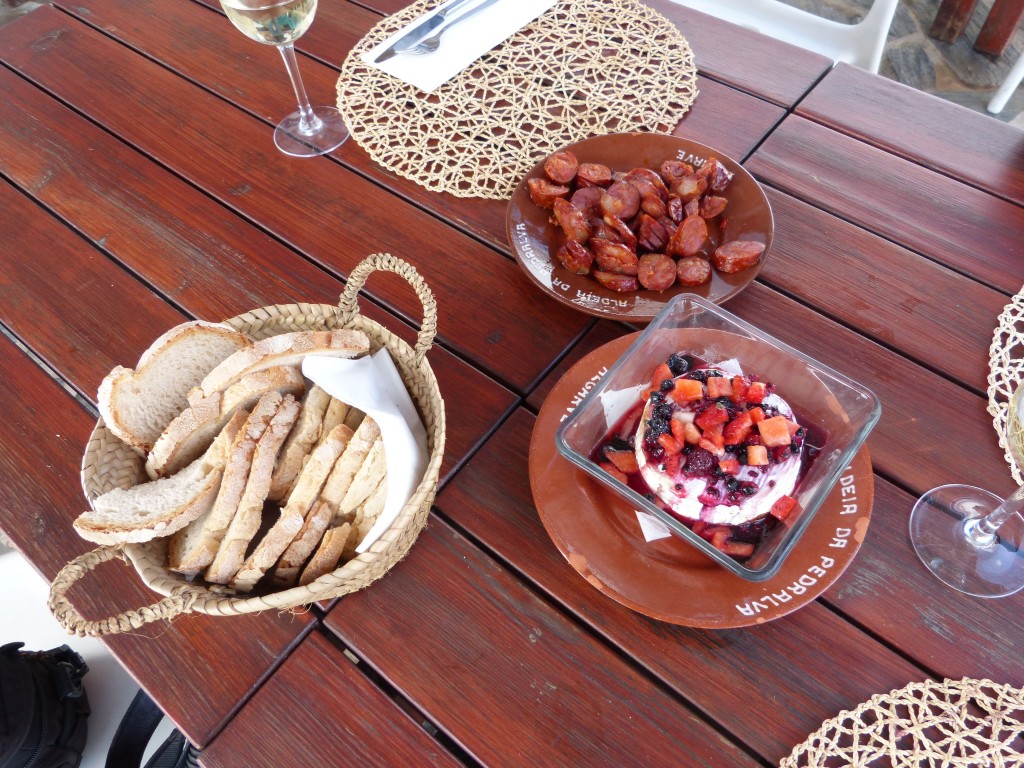 Our lodgings for our fourth and fifth night were at Cerca do Sul, a comfortable and intimate guesthouse close to the Rota Vicentina (about 2.5 miles). We ate all of our meals there. The breakfast buffet was extensive and varied and the dinners were some of the best of our trip. The place was small with only a handful of other guests while we were there, so our conversations involved more than just the usual exchange of pleasantries.

In fact, all of the people we met on the trail and in the lodges — mostly from the UK, Portugal, the Netherlands and Germany — were friendly and well informed. They were also polite enough to avoid the kind of argument that makes social interaction in the US such a minefield these days. That didn’t mean that the conversations weren’t interesting, just that they were always cordial. Maybe they agreed with everything I said.

And the wine! I’m not much of a wine drinker. I prefer my alcohol in the form of single malt whisky and west coast IPAs, but if I lived in Portugal, I might switch to the fermented grape. We drank local wine every night and never paid more than $11 for a bottle. As for the quality, I have to rely on the opinion of my much more sophisticated wife whose alcoholic preferences lean toward wine, vodka and tequila (not at the same time!). She was impressed.

Life is short and the world is big, so I try to avoid repeat trips to the same destination. But if I have a chance to return to Portugal, I’ll take it. There is more chorizo and bacalhau to eat, fine Portuguese wine to drink, and many more miles of the Rota Vicentina to hike.

(for more info and photos, check out Don’s Adventure Geezer blog on his website)

How One Traveler Stumbled Into A Two-Year Plan
A Paris Favorite: The Pont Des Arts
Italy: Blood and Sacrifice Part II
A Little Taste of Bogota, Colombia