Australia is a country and continent unlike any other. For the adventurous traveler, it can be paradise. For the not so adventurous type, it can still be paradise. The entire country has ecosystems to explore by jumping in car, hiking through forest and mountains or diving into an underwater world – all of which I find myself to pause and question if I am still on planet earth.

My time in Australia was filled with endless curiosity for the diverse number of animals creating a life in the extreme weather conditions down under. Here’s a look at some amazing underwater animals one can see around Australia: 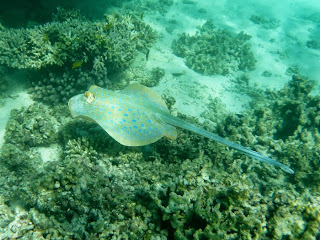 With its blue spots shimmering in the sun rays, we saw this blue spotted ray cruising by on the Nigaloo Reef. 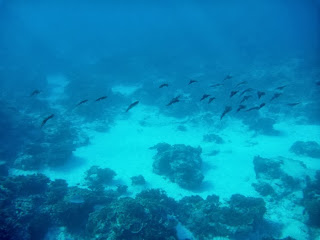 Wary of swimmers, and anything bigger than themselves, we were lucky to get a photo of this school of squid at  Lady Elliot Island. 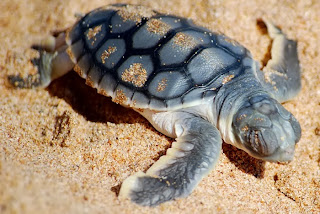 Port Hedland has one of the few documented beaches in the world where the flat back turtle is known to nest. Until fairly recent times scientist did not even recognize or think of flat back turtles as their own species (it is now agreed there are seven species of sea turtles in the world). The nesting female population estimated at about 20,000 and the species is listed as endangered. 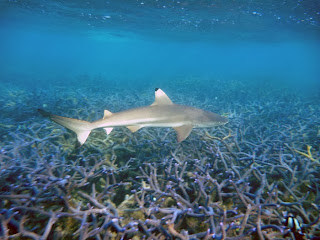 The first time I saw a reef shark while snorkeling, I was startled and sure a scene from Jaws was going to be re-enacted. I had all these images of sharp, giant teeth gnawing into my skin. As my knowledge and exposure to sharks grew, I became more comfortable and realized most encounters are the exact opposite from my initial irrational fears. Many sharks are shy creatures, easily scared off by swimmers and I was lucky to be seeing them before they swam away.

Above is a black tip reef shark we saw in Nigaloo Marine Park. 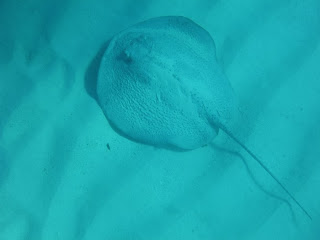 Full of bumps and a rougher texture, this cow ray was resting on the ocean floor near Lady Elliot Island. 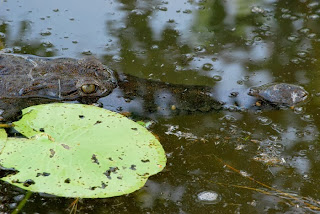 Ever watching with skeptical eyes, this ‘freshie’  or fresh water crocodile was resting in the waters in the town of Kununurra. 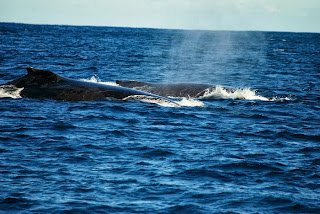 Here are two male humpback whales on their annual Northern migration seen off the western coast of Australia in June. You can often see whales in pull off spots driving along in Western Australia. 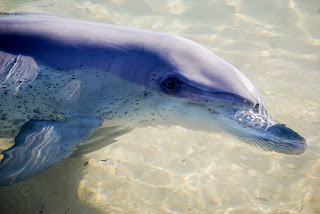 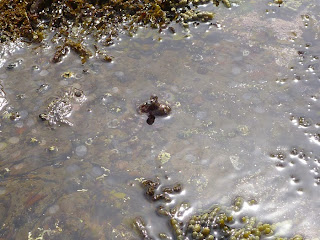 Hardly able to be detected with it’s camouflaged features, this octopus above started  moving around in a few inches of water. We took every chance we had to slowly wander through tide pools, you never know what you might find there. 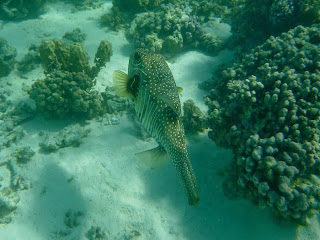 With side fins that never seem to stop moving, puffer fish remind me of mini helicopters moving through the ocean. We saw these on both the Nigaloo Reef and Great Barrier Reef. 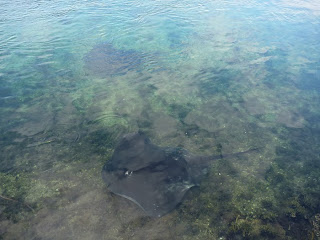 Gliding through the water like a fast moving shadow, these big rays went back and forth along the shore line in a feeding frenzie. We admired these guys around Merimbula in New South Wales. 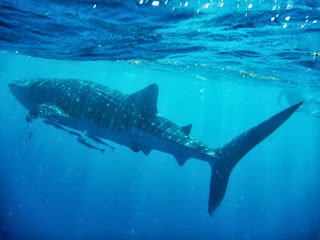 In June, we completed one of our life time goals to swim with whale sharks. Swimming with these gentle giants is a must do. They are filter feeders and glide along the surface of the water eating small plankton’s. We went with Nigaloo Blue, which upheld a high standard of environmental practices and we were happy in our experience with them.

The world is big and the animals are many. If you would like to see two more additional animal related post, check out  Austrlian Animals and Lady Elliot Island. As a traveler, I go to new regions of the world to experience the culture, food and environment. By viewing the animals that inhabit other parts of the earth, I embrace the fact I get to dive deeper into how other living creatures strive to create a life on this planet can thrive live on this planet. I hope to never loose the fascination, empathy and understanding that all of us have a desire to create a home on this earth.