Book Review: Have Mother, Will Travel? 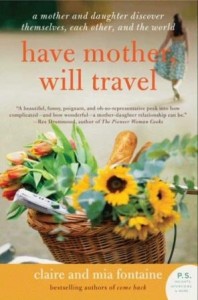 Can Mothers and Daughters be friends or are they always foes? Mia and Claire Fontaine’s travels together in Have Mother, Will Travel: A Mother and Daughter Discover Themselves, Each Other, and the World

tell a story in two voices of each women finding their footing in their complicated lives. One in a quarter life crisis and one in a mid-life crisis–although they desire to support each other, they have been ignoring each other. Mia wonders how her mother could move across the country, bought a crumbling home which mirrors the state of her latest marriage and changed to a completely unsuitable job. As she says, “Mom, is this how you pictured your life would be when you’re fifty?” Claire wonders about her daughter and often speaks in the book about how mothers’ desires for their daughters and the ongoing important connections. Learning in the book of her disconnect with her own Holocaust surviving mother was surprising and made me question her stance as an “advice giving mother” when she herself was an absent daughter. As Claire says, “A woman’s relationship with herself is mirrored everywhere in her life, but no place more than with her daughter.”

The global scavenger hunt gave this team their early travel focus and Avignon a place to land for several months and decompress and reacquaint themselves with each other. Touring together is a challenge and at one point Claire comments, “Because Beijing is home to 9 million bicycles, 15 million residents, and 2 million tourists. And they’re all on this block!” As Mia explains, “Control is an issue between most mothers and daughters, and my mom will be the first to admit that she likes to be in command.” 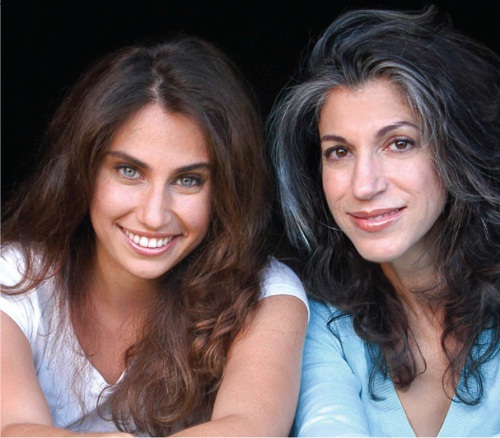 The ongoing story of mother and daughter made me think of the movie, Brave

where Merida wonders how her mother can simply send her off to the strongest suitor.  Merida tells her mother, the Queen: I want my freedom! Queen Elinor replies: But are you willing to pay the price your freedom will cost? In the movie, we learn this engagement situation happened to mother as well as daughter. Mothers have willingly or unwillingly participated in maiming their daughters throughout history from Chinese foot binding, to African female genital mutilation and arranged child brides throughout many lands. In this novel, the history of unnoticed childhood sexual abuse and drug dependence are part of the minefield this duo must navigate and integrate.

While this book took place in many physical locations on the planet, the main movement was in the interpersonal and intrapersonal family relationships. The two women are searching for purposeful paths for their individual lives, their mother-daughter relationship and where to wander and wonder next in the world. Claire explains “Time is rarely enough to clean up a painful history in any relationship…it’s often easier to keep fighting.” I think their commitment to each other and growth will inspire you when you read. Claire wonders, “Why do so many of us choose to be good girls going for gold stars, instead of clasping tight to the gold of our lives by living as we truly desire?“

Explore with Claire and Mia and at the end you will probably need to call your own mother or daughter or be inspired to repair another key relationship. As Merida tells us:  Our fate lives in us. You only have to be brave enough to see it.

About the Author: Lisa and George Rajna met online in 2007 and started traveling together internationally almost immediately. By 2008, they had quit their jobs, rented their condo and left for a year on the road. After eleven countries, twelve months, losing sixty pounds and getting engaged underwater, they returned to Los Angeles. On July 1, 2012, the next year long adventure began in Indonesia, Thailand, Myanmar, India and now Nepal.

Lisa Niver Rajna was recently on National Television as a science teacher on the show Career Day. She is a 2012 nominee for the Presidential Awards for Excellence in Math and Science Teaching, and a member of the Traveler’s Century Club for travelers who have been to over one hundred countries. She and George are spending a sabbatical year in Asia. Follow their travels at We Said Go Travel, on Twitter and on Facebook.

This post is part of TLC BOOK TOUR for Have Mother, Will Travel: A Mother and Daughter Discover Themselves, Each Other, and the World

I did buy my own kindle copy of this book for this review. TLC Book Tours and the publisher have given me a copy of Have Mother, Will Travel: A Mother and Daughter Discover Themselves, Each Other, and the World

to give away! Please comment below about your favorite trip with your Mother or Daughter and I will raffle off the copy to one of the participants!

TLC Book Tours is a virtual book tour site. Virtual book tours are a promotional tool for authors to connect with readers via well-read book blogs and specialty blogs.

2 responses to “Book Review: Have Mother, Will Travel?”