When George Bush was President and other stories from the road

When George W Bush was President of the United States of America, we sometimes intimated that we were Canadian while we were traveling. Anti-American sentiment was high, especially in the Middle East, Northern Africa, and parts of Asia, that it seemed smarter to create a new nationality for ourselves.

Traveling while Barak Obama has been President, especially in Indonesia, has been fantastic as now I can say, “Cami orang Obama. Cami orang America.” I am a person of Obama. I am a person from America. Now locals are so happy to meet us.

A Canadian family shared their deck of Bush Playing Cards from Project Pretzel. Each card in the deck has as a photo and quotes or comment from someone in the Bush Administration. They remind us why we occasionally preferred to be Canadian.

Ace of Spades: George W. Bush, President of the United States of America:

“I’m the commander—see, I don’t need to explain—I do not need to explain why I say things. That’s the interesting thing about being the president. Maybe somebody needs to explain to me why they say something, but I don’t feel like I owe anybody an explanation.” –quoted in Bob Woodward, Bush at War

$7 billion: Value to “no-bid” Contract given to Halliburton to rebuild Iraq

13,500: pages of energy documents Cheney refuses to give Congress

Ashcroft’s attacks on the Bill of Rights are well documented. Less publicized is the ritual that he — an honorary Bob Jones University degree–  performed upon assuming official duties; to emulate biblical kings, Ashcroft anointed himself with Crisco oil.

Veneman headlined an Agri-summit where she lectured developing nations on the need to accept genetically modified foods. The Agriculture Secretary is a former director of Calgene, a “frankenfood” company that extoled the virtues of a technology that has spliced fish genes into tomatoes.

Doing his part to defend the Homeland and protect America’s children, Paige declared that the National Education Association, the nation’s largest teachers’ union, was a “terrorist organization.”

With this group in charge, it is no wonder mysterious events happened — like disappearing Weapons of Mass Destruction, and “unofficial” official wars without end. I am proud to say that President Obama will have four more years in the White House while remembering what truly makes America great. 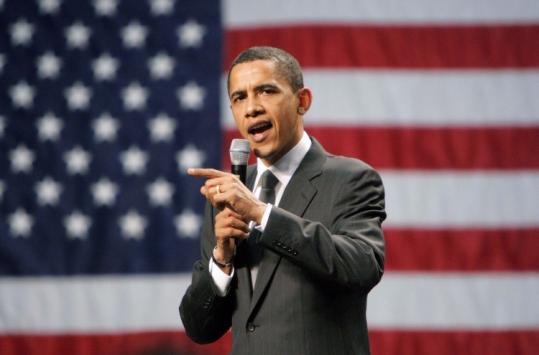 From Singing Railroad to Luxury Harbor: St Kitts Nevis Restaurant Week Day 2
What happened at AT&T SHAPE: Technology and Entertainment Expo?
What HAPPENS in Vegas? EVERYTHING!
Join me at The Gates Foundation GOALKEEPERS Conference 2019