Fiji: From Mold to Sun

Foul smelling, damp and also a little crusty, Chris and I were starting to feel like the inside of a teenage boys soccer bag that had not been cleaned for weeks on end. Night after night we laid on our backs looking at the expanding patches of green, fuzzy mold on the ceiling of our car while contemplating our plan. We were ten months into our goal to live in New Zealand for a full year. We weren’t ready to go home yet, but attempts at finding just the right niche for us were not falling into place as we had a running bet as to how big the patch of mold would grow before we made our next big decision.

Unfolding the heavily worn and tattered seems to our world map we looked to see what was close to New Zealand and a cheap flight and our eyes landed on Fiji. At the time we were unfamiliar with island countries of the South Pacific and went into the Student Travel Association (STA) to ask a booking agent some questions. A woman with chestnut brown hair and bright red lip stick called us to her desk. We had three questions for her:
1.) Was there a war?
2.) Did we need vaccinations?
3.) Was it peak hurricane, monsoon or other natural disaster season?

She answered, “No, no and no.”  On the spot we bought plane tickets leaving three days later for Fiji.

We bounced all around Auckland seeing the last attractions we wanted before departure and then boarded a plane to dry season Fiji. Within the first step off the plane our lungs tried to adjust to the high heat and humidity as we entered the open non-airconditioned airport in Nandi. Softly strung guitar strings filled the air as a handful of Fijians dressed in brightly colored flower shirts welcomed us new arrivals to their country.

Prior to leaving New Zealand we had secured a spot with a home stay for our first two nights. Our general rule of travel is to always book at least the first, if not two nights of accommodation when arriving to a new country. Via email, our home stay host Dee instructed us to ensure our taxi driver did not charge us more than $5 to bring us to her house. I wasn’t prepared for the on-slot of drivers vying for our business, yet somehow we picked one driver from the crowd and agreed on the price. We loaded our gear and he took us away in the dark. There were no street lights in this still developing country as we traveled down narrow, pot holed dirt roads with vegetation scraping the windows alongside the car. When we scanned for a driver we followed all the safety precautions and looked for certificates with the proper issued license plate to know we had a legit driver, yet I remembered feeling so vulnerable during that drive.

About ten minutes later, our driver stopped in front of a dark gated house. A large Fijian man emerged from the shadows and unlocked various locks on the gate. He quickly grabbed our bags and we followed him toward the dim light of the house while our driver sped away. Once inside, a heavy set woman with dark frizzy hair, large, white spaced teeth and dressed in a bright pink and white matching floral skirt and shirt, our host Dee greeted us as if we were long 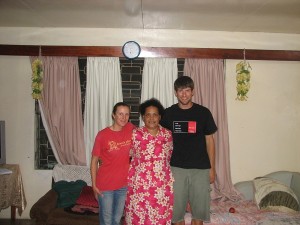 lost family. The man holding our bags was Gerald her oldest son, who went every morning to get us fresh bread for breakfast. Even though the hour was late Dee insisted she make us dinner and she declared it would be soup. As thankful as I was for the food, consuming hot soup on our first night in the heat and humidity of Fiji felt like I was eating a bowl of chilies. Despite Dee seating us closest to her one white fan that slowly rotated on crooked legs back and forth in her living room, it was just not enough to keep the beads of sweat from continually running down our entire bodies. We were used to temperatures of at least 40 degrees less and to be eating soup was almost akin to finger nails repetitively scraping on a chalk board. None the less, we stayed up late into the evening sharing stories with Dee back and forth about each other’s lives.

We came and went from Dee’s Place the rest of our time in Fiji. Using it as a home base, we stored all our extra gear there, borrowed her sheets and she cooked us amazingly delicious meals from seemingly out of nowhere in her bare kitchen. Dee openly offered us whatever she had and we couldn’t have imagined not meeting her during our time in Fiji. Even as we were leaving for the airport, she came running after us yelling, “Wait, here you two enjoy one last piece of fruit (which she just picked fresh from her tree).”

For two weeks we island hopped up and down the Yasawa Islands and another two weeks traveled around the main land. We snorkeled with hundreds of species of fish, swam in caves, and had dance parties with the locals while eating lovo lovo, a traditional way of cooking food underground with hot coals. 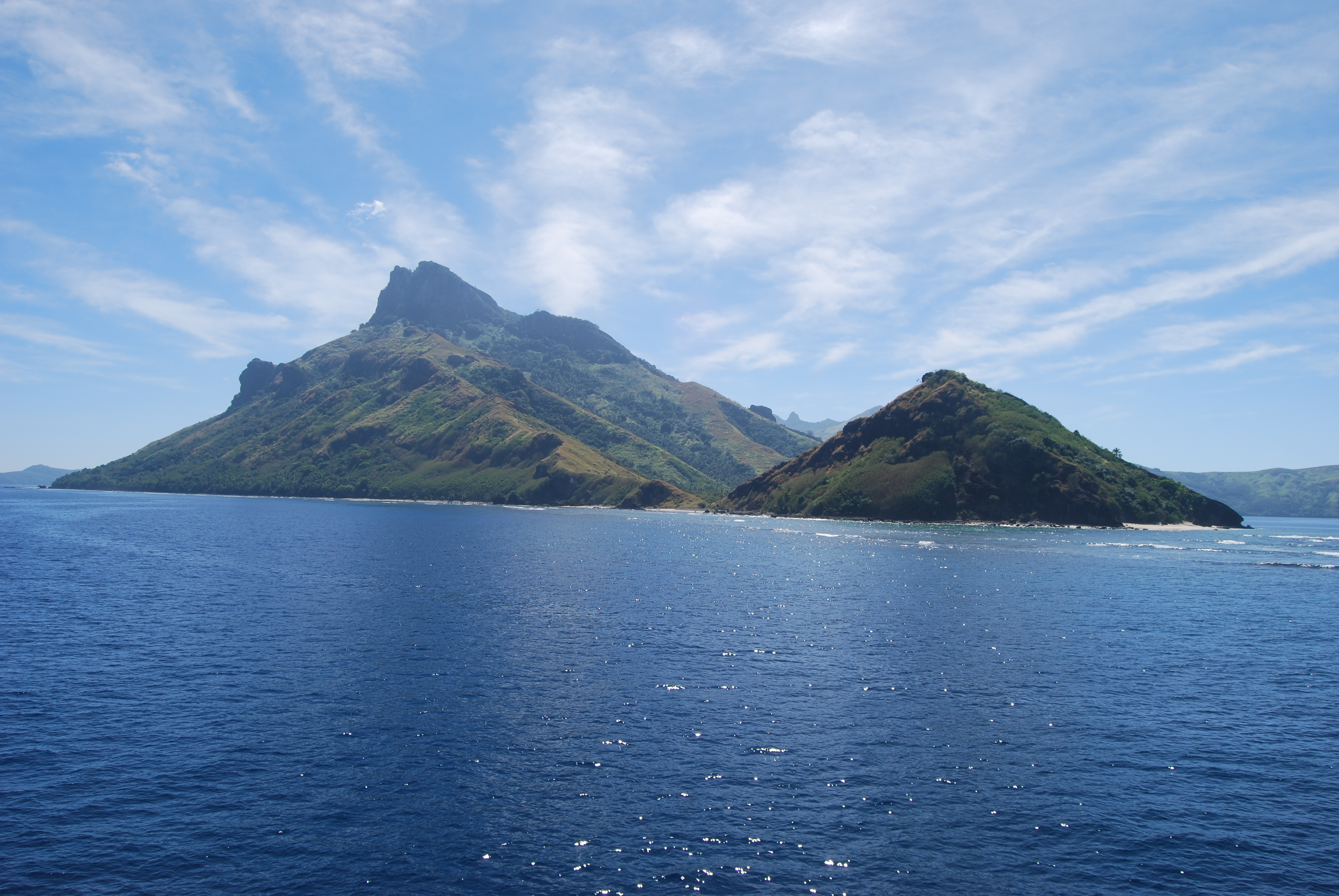 Our time in Fiji was filled with fond memories, lasting friendships and new experiences. When we said our goodbyes to Dee, we left her with a special gift to express our gratitude for the generosity she had shown to us. The whole process leading up to decision to go to Fiji was a valuable lesson for us as long term travelers. Sometimes it’s ok to change your original plan, leave a country earlier and change course. If the weather turns cold and your car is moldy, it just might be a good time to jump countries.

6 responses to “Fiji: From Mold to Sun”