Ms. Magazine: The Scully Effect and the Feminist Future of STEM

Thank you to Ms. Magazine and Carmen Rios for publishing my article:

“The Scully Effect and the Feminist Future of STEM”

During summer vacation, STEM still matters. How can we keep young girls and women interested in technology and the most lucrative jobs that will define our future?

The fourth annual AT&T SHAPE 2019 conference this June at Warner Brothers Studios was focused on 5G and the future of entertainment—and in a jam-packed panel called “The Scully Effect,” actor and activist Geena Davis, The Big Bang Theory cast member Mayim Bialik and astrophysicist Erin Macdonald discussed the leaky pipeline for women to careers in STEM, and how to make that future more female.

Video from The Scully Effect 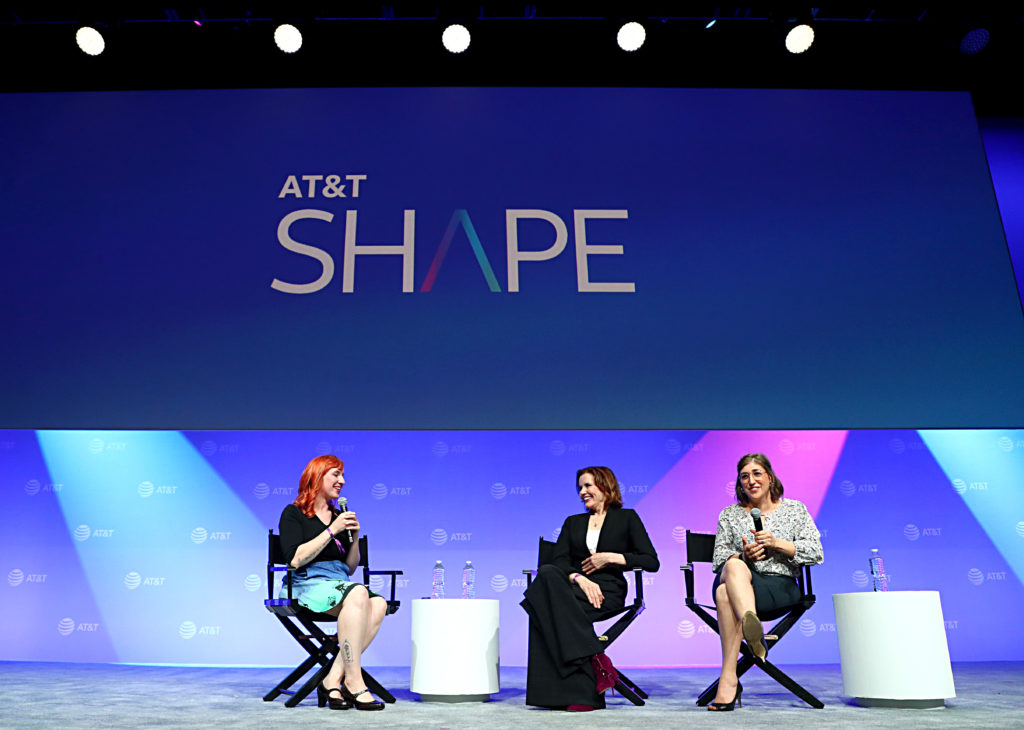 Over 20,000 people attended SHAPE and experienced some of the latest new tech on the market firsthand. But our impressive advances are still limited by who gets to dream them up, and who gets to shape their construction.

The Geena Davis Institute on Gender in Media first identified “the Scully Effect.” The character of Agent Dana Scully in the X-Files inspired 63 percent of the women in science surveyed by the organization to pursue their work in the male-dominated STEM fields. Macdonald even explained on stage that she chose her career, her haircut and her trench coat based on the character.

When I was in high school, I was very good at science. My biology teacher told me to be a doctor, so I thought about it, and I did take pre-med classes at University of Pennsylvania. I even was accepted and went to UCSF Medical School, which is one of the best in our nation. But I left medical school. Only later, as a science teacher, did I learn about forensic science and water treatment plants, and realize that I never had thought about being a research scientist when I was growing up.

But getting women and girls interested in STEM fields is only the beginning. Widespread harassment, a general lack of mentorship opportunities and the demands of balancing work and family still push many would-be scientists, techies and innovators out of the field. Two-thirds of girls in fourth grade are interested in science, but this rapidly declines as they enter middle school and high school. Women are 50 percent of college graduates, but hold only 28 percent of STEM jobs.

“Every sector of our society has a gender imbalance,” Davis remarked during the discussion, adding that simply changing the names in a script from male to female can create parity on television—and fuel more “Scully Effects” in viewer’s lives. When women see themselves in characters on-screen, they can imagine new realities for themselves in the world.

The Geena Davis Institute isn’t the only organization working to help women re-envision their potential; the Women’s Media Center regularly evaluates women’s representation in entertainment and news media, and groups like Women & Hollywood celebrate the work of women across entertainment mediums and encourage viewers to do the same. And the #SeeHer movement, which launched in 2016 with the aim of delivering a 20 percent increase in the accurate portrayal of women and girls in advertising and media by 2020, and the Cannes Lions “See it, Be It” initiative are also both focused on increasing the number of women in media.

Lisa Sherman from The Ad Council spoke on a panel this month at Cannes Lions—on a panel with Tara Walpert Levy, the VP of Agency and Brand Solutions at Google; Linda Boff, Chief Marketing Officer at GE; Linda Yaccarino, Chair of Advertising and Partnerships at NBCUniversal; and Suzanne Kounkel, Chief Marketing Officer at Deloitte—about their own campaign to share real life STEM role models with girls.

#SheCanSTEM was launched in partnership with MTV as a series of five videos spotlighting female sound engineers, marine biologists, animators and engineers. Across city bus stop benches and billboards, the campaign also highlights STEM careers and inspirations for girls and women passing by.

“If you care about equality, you have to embrace diversity—especially now, as people in tech are programming our computers and designing artificial intelligence,” Melinda Gates wrote in her book, The Moment of Lift. “We’re at an infant stage of AI. We don’t know all the uses that will be made of it—health uses, battlefield uses, law enforcement uses, corporate uses—but the impact will be profound, and we need to make sure it’s fair.”

Joy Buolamwini, an African American computer scientist at MIT Media Lab, is certain that it isn’t. Her research exposed racial and gender bias in facial recognition software: the error rate for recognizing light-skinned males with such programs, she found, was less than one percent; for darker-skinned females, it shot up to 35. As AI infiltrates our lives more and more, will some people be unrecognizable?

“African American women are only 3 percent of the entire tech workforce; Hispanic women, 1 percent,” Gates confirmed. “Women comprise about a quarter of the tech workforce and hold just 15 percent of the technical jobs.” These disparities shape tech—and our culture at-large by extension. “If we want a society that reflects the values of empathy, unity and diversity,” Gates wrote, “it matters who writes the code.”

We need women in STEM. We need female characters on TV. We need diversity of people and of thought in all of our occupations. “Study after study has shown that diversity leads to more creative teams and increases a company’s bottom line,” Female Quotient founder Shelley Zalis explained in Forbes. “According to McKinsey, companies ranking in the top quartile of executive-board diversity were 35 percent likelier to financially outperform the industry medians. Other research finds that inclusive teams make better business decisions 87 percent of the time.”

Diversity is good for business and it’s good for all of us. Whether it’s on-screen or in the lab, parity in tech is a pivotal part of building a feminist future.

Read my article on Ms. Magazine