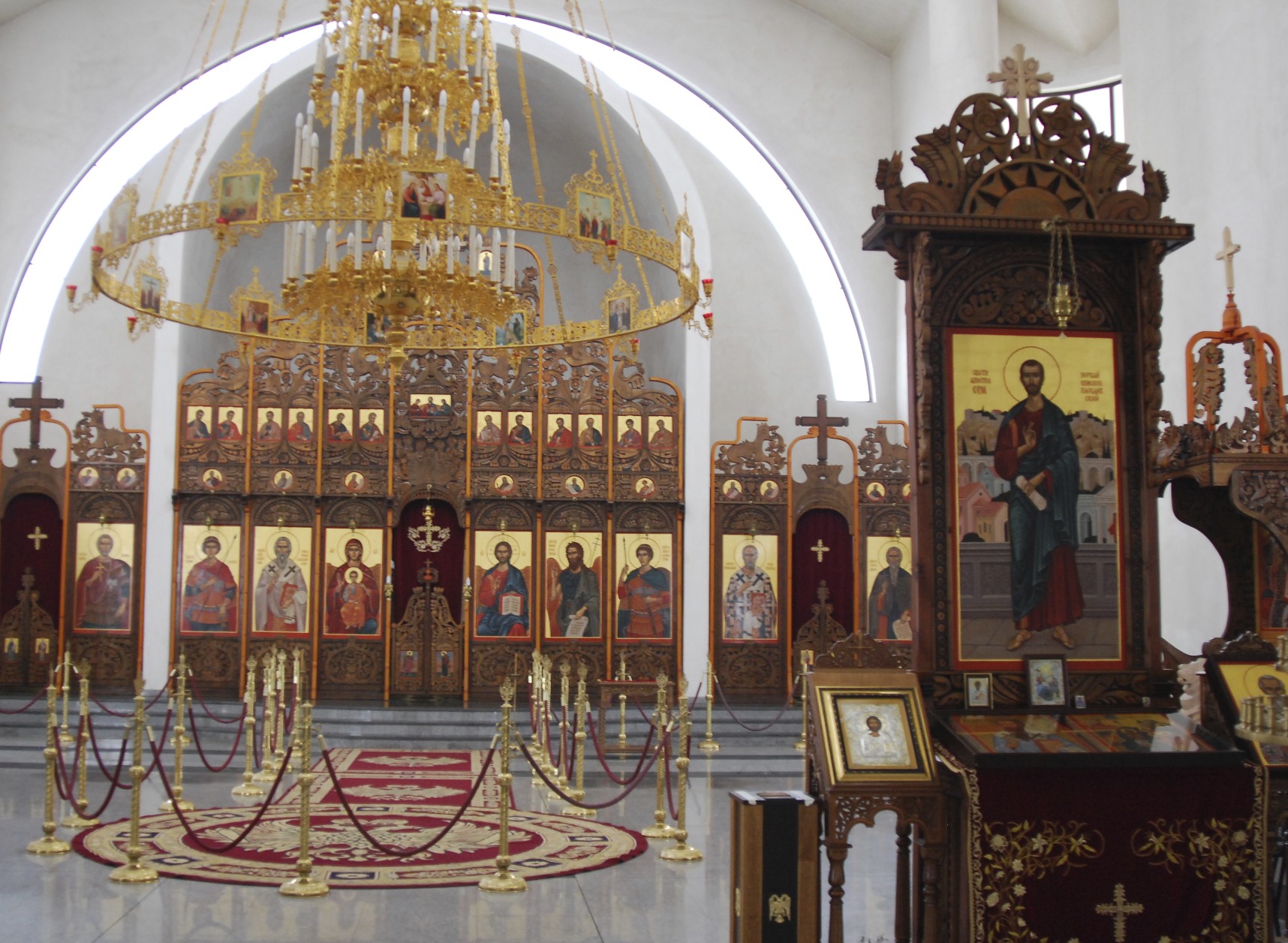 I am an overly cautious person. I religiously wash my hands, never jaywalk, and always obey posted rules and regulations. That changed when I moved to Bulgaria; this is not a country for the cautious.

I came here for the year as an English Teaching Assistant through the Fulbright program. Two weeks of orientation, which included survival Bulgarian language, and then we 23 Americans were thrown to our distant placements. Or rather we were dropped at the Sofia Central Bus Station and told “довиждане! Goodbye!”

That first week I visited the cathedral of St. Vissarion in Smolyan, the small mountain city that was my new home. A co-teacher and new friend of mine took me to see the small, but elaborately decorated interior of the Eastern Orthodox church. A golden chandelier hangs from the ceiling and gilded saints stare out from their portraits in the intricate wooden iconostasis. Inside, I took one picture before one of the caretakers of the church came over to speak with my Bulgarian companion. I assumed from her terse words and body language that I was not supposed to be taking pictures and so I let the camera hang loose around my neck and took no more inside the church. After leaving, I mentioned to my friend that I wished I could’ve taken more photos and she looked at me in surprise, “Why didn’t you? Photography is allowed!” 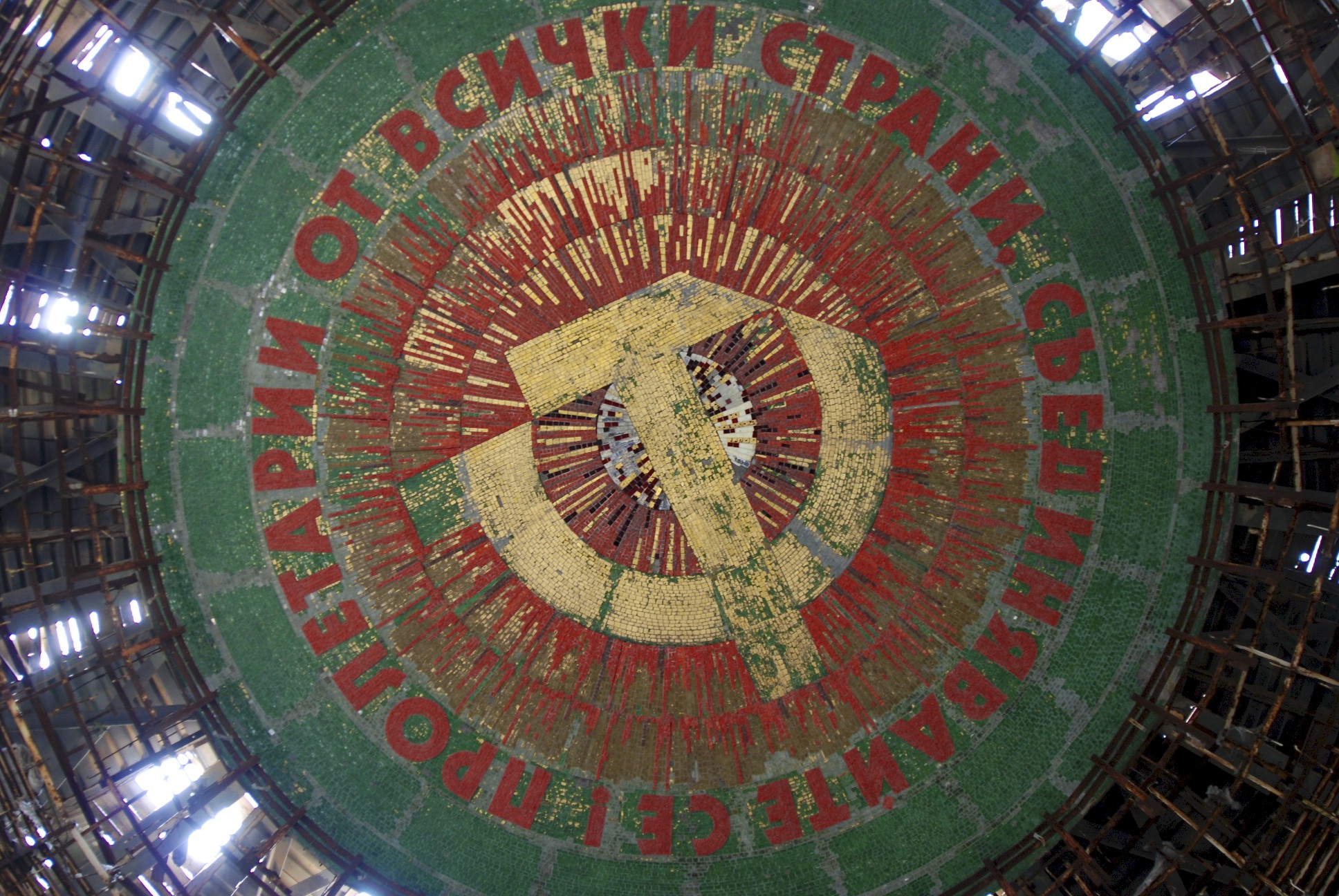 I didn’t know enough Bulgarian language or enough about the body language here to come to the conclusion that photography was not allowed; that conclusion was driven by fear and social inhibition. I did not want to make waves by breaking rules that I wasn’t even sure existed. I so desperately didn’t want to be doing the wrong thing.

In the months that followed I visited a number of museums, churches, and art galleries. Even places that see many tourists, like the attractions in the capital city Sofia, have no posted rules. Even worse, some posted rules only in Bulgarian. You can’t live your life by the rules when you don’t what the rules are.

Without the clearly defined structure I was used to (I am thinking now of the clearly demarcated rules at the Los Angeles County Museum of Art), I had to adopt a new approach. Learning to function in Bulgaria, for me, was like being given a blank sheet of paper after coloring inside the lines my entire life. To get the most of my experience in Bulgaria, I knew I would have to just assume things were allowed unless explicitly told they weren’t. My best experience in Bulgaria came from learning to disregard those inhibitions. 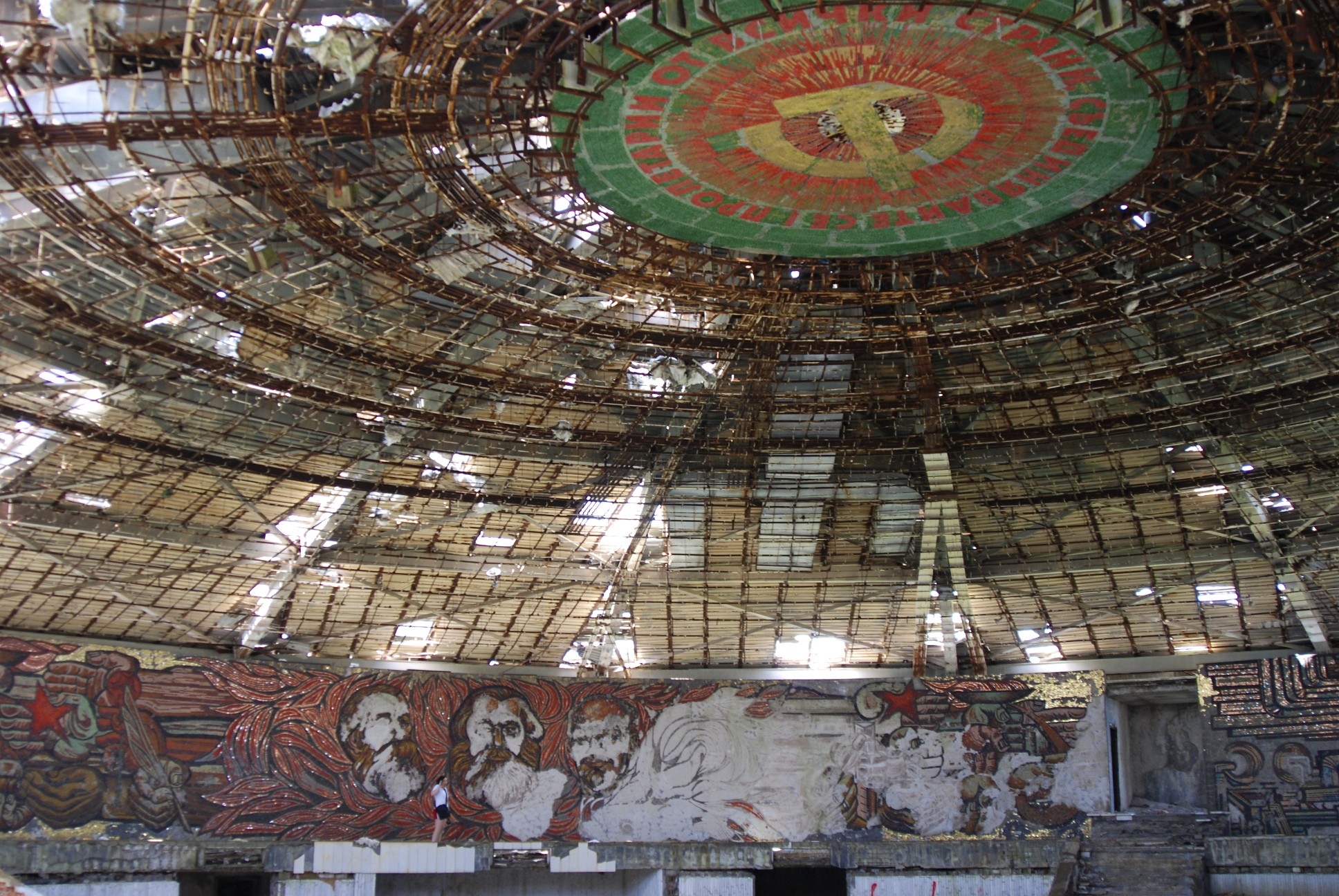 On a hilltop in central Bulgaria there stands a monument to communism, a dilapidated meeting hall named Buzludzha. The building has stood abandoned for more than two decades, since the Communist Party lost power. Bulgarians and foreigners alike continue to make the pilgrimage to visit this relic of Bulgaria’s recent political past. My fellow English teachers and I wanted to be among them. The guide from our hostel took us off-road, up the wooded hills of the Balkan Mountains and up to the peak where Buzludzha stands. As intrepid urban explorers, we donned headlamps and hoisted ourselves up through the hole in the wall to navigate the dark and crumbling interior of the building.

The person I was before Bulgaria would have politely declined an invitation to traipse around a building that should’ve been condemned and demolished for safety concerns. She would’ve missed out on colorful communist-era murals in varying states of decay. She wouldn’t have felt dwarfed by the hills and mountains stretching out in all directions. She wouldn’t have felt humbled by the effect of time on our efforts for artistic and architectural grandeur.

She would’ve only colored inside the lines.

About the Author: Ariel Bloomer is just returning to the States after a year of teaching English in Bulgaria. In the future, she hopes to write novels, work with university students, and drive the Ring Road in Iceland. You can read about her travels in the Balkans and her upcoming battle with reverse culture shock at the Unintential Explorer (https://unintentionalexplorer.wordpress.com/).

One response to “Disregarding Inhibition in Bulgaria”