It had been way more than 24 hours since I’d been dry in any sense of the word and my hand was beginning to develop weird bruises and blisters from slinging a water gun. The dense dose of cheap Song Sang Thai whiskey that spiked my bloodstream certainly helped dull any discomfort, and the urgency to run second-point on our counter attack of “that guy with a hose” arrested my mind. 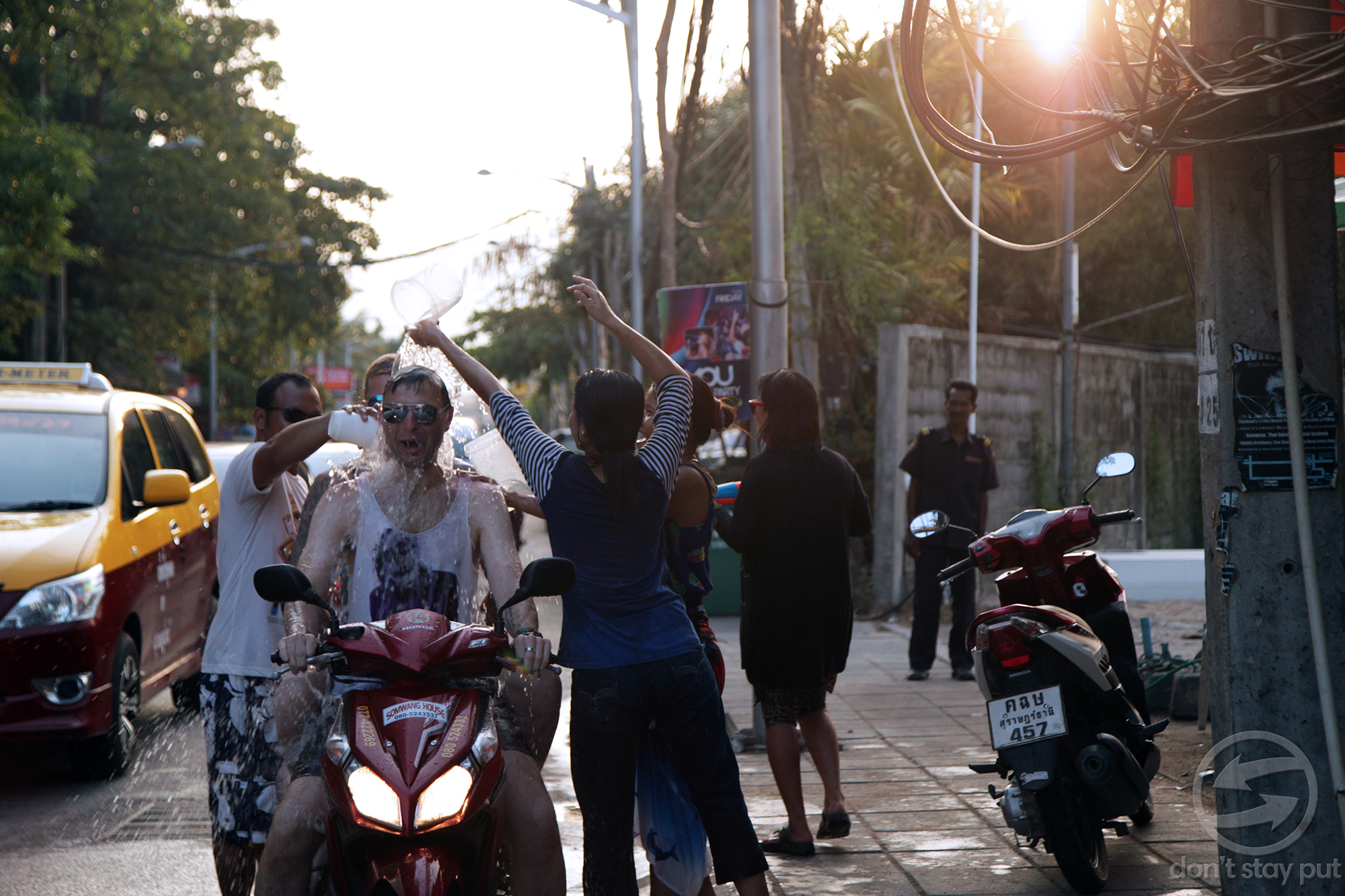 I hid behind a truck waiting on my friends, currently tied up in another water battle, leaning on the back, fading off in the afternoon heat, either drunk or tired or else that weird combination that as long-term travelers you begin to regard as next to normal.

Without warning a bucket of ice water poured over me, straightening my spine in one snap. I darted away, splashes of the freezing water licking my ankles as I fired back over my shoulder.

Songkran is truly the festival to end all festivals. 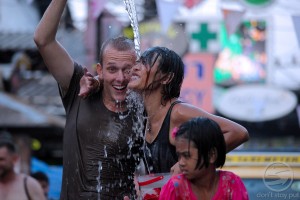 Celebrated in Thailand as the traditional New Year’s Day from the 13th to 15th of April, Songkran has evolved into the absolute largest water festival in the world.

The festival originates from the customs of the Dai ethnic minority, who, as part of their New Year celebrations, traditionally hold a symbolic water splashing ritual called “Bathing the Buddha.” Water is regarded by the Dai people as a symbol of religious purity and goodwill, so in bathing the Buddha, and then one another, we wash away the bad and welcoming a clean, fresh New Year filled with prosperity and luck.

These humble beginnings have exploded into nationwide chaos beginning annually around April 13 – sometimes lasting as long as 5 days in areas like Chang Mai.

Here’s what to know before heading to Songkran:

No one is safe 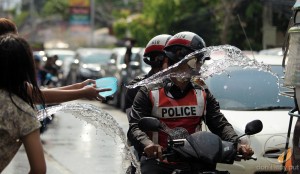 Everyone gets completely soaked during Songkran, no exceptions. Typically if you’re eating or holding a baby, people will grant you temporary asylum from the madness, but if you are outside – you will get wet.

You can’t get angry

What totally blew my mind was watching the people who would get upset about having water thrown at them (unsurprisingly, it was always tourists.) This festival is the lifeblood of the Thai people and they throw their entire heart into it – locals we met said that the energy prior to the festival incubates for weeks. So if you get mad about anything during the festival, not only will your dissent be disregarded but if you pitch a fit, everyone in the nearby vicinity will point their water weapon at you.

Make friends with some locals

Thailand has already claimed its berth as one of the destinations in the world attracting the greatest number of tourists, and that figure only increases during Songkran. It’s very easy to cling to a group of foreigners as the celebrations unfold. But the Thai people are incredibly friendly and gracious, and if you show the slightest inclination of celebrating alongside them, you’ll be welcomed with open arms.

The Thais look forward to Songkran all year, and so whether its riding around in the back of pickup trucks or helping holding down a fort equipped with massive garbage bins of ice water, you won’t go wrong partnering up with some locals – and an entirely new side of the festival may open up for you.

When you’re in Southeast Asia you’re bound to find yourself on the back of a motorbike at some point – they’re undeniably the easiest, fastest and usually cheapest way to get yourself around, while adding a bit of autonomy to your trip. But so many tourists wind up with what we’ve heard called “Thai tattoos,” or massive scars and bruises resulting from motorbike accidents. (Not to be confused with the other kind of Thai tattoo – fire jump rope burns.) The point is that plenty of tourists wind up at the clinic during perfectly safe driving conditions – Songkran adds that extra element of water being thrown in your face while you’re driving.

Get a waterproof pouch

During Songkran the street vendors will be selling pouches big enough for your money, keys and phone that hang around your neck. Invest in one.

Don’t cheap out on your water gun

Your gun is your lifeline during Songkran, not buying one isn’t even an option. Of course you’ll be attacked even if you’re brandishing one… but if you’re not you’ll be completely bombarded. That said, late into the second day of combat you’ll be cursing yourself for buying that crappy 200 Baht gun when the trigger’s falling off and it leaks from every angle. As can be said for many, many other things in Thailand: don’t go for the cheapest option.

Hostels, hotels and everything else fill up in a heartbeat during Songkran. For backpackers, realize that many hostels and guesthouses will require you to book 4-5 nights over Thai New Year as well, so that could change up your travel plans.

It doesn’t really matter where you are! 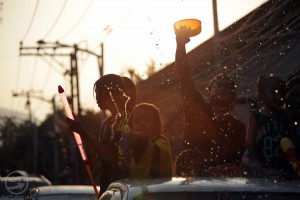 In the weeks before Songkran, I researched what the festival is like in just about every corner of Thailand, trying to organize our itinerary so we could get the most out of it. What I found was that all that research wasn’t really even necessary.

Chang Mai is the famous epicenter of the festival, where it churns on for upwards of 5 days. Bangkok, a city known for its day-to-day organized chaos, also gets ridiculous during the festival. Many flock to one of these places for the festival, but I found that it really doesn’t matter where in Thailand you are. The entire population participates in Songkran, and honestly, it’s usually better if you’re away from where the tourists flock. We wound up in Koh Samui on New Year’s Day, but the photos, the stories, the madness, the chaos were all reported equally from every island, city and town in Thailand.

Leslie Finlay is the writer and producer at dontstayput.com, a new kind of travel blog with high-quality, professionally-produced video content featuring the culture, sights, food and everything else we find along the backpacker trail, all as told by the travelers, locals and ex-pats themselves.

One response to “How to Celebrate Songkran – Thailand’s Best Fest”