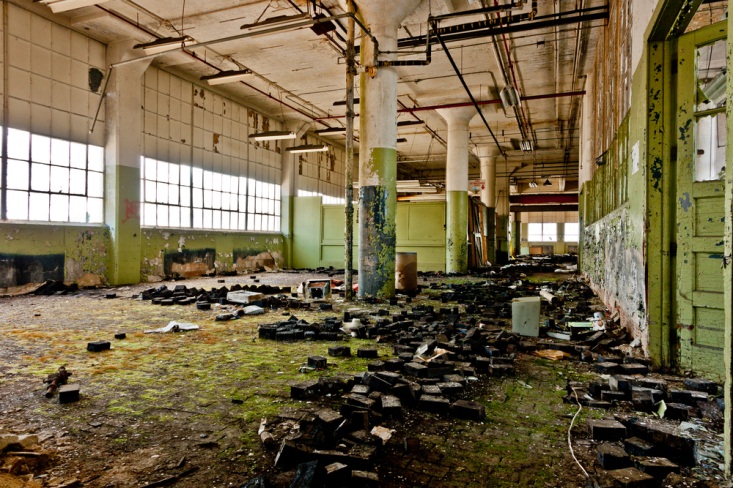 While most people might picture a thrilling vacation as one that takes place in the middle of an untamed jungle or on the side of a treacherous mountain slope, true adventurers have no problem finding undiscovered excitement in the heart of a city. Urban exploration is the adventurous traveler’s best kept secret. All over the world, explorers are flying into popular cities to trek through urban ruins and abandoned buildings.

Europe is known largely for its clean and well-oiled cities, but Europe’s cities’ extensive history contributes to the veritable plethora of urban exploration around the continent. Here are the best European cities to wander around if you’re looking for some healthy adventure on your vacation.

Founded in the 12th century, making it almost a thousand years old, Berlin was originally the capital of a small country named Prussia, which grew rapidly into the German Empire. Staggering through two world wars and countless other skirmishes, Berlin now stands as a model European city — though it does have some ragged edges. There are remnants everywhere of the World War II bombings that nearly destroyed the city, and portions of the Berlin Wall still stand for observation. Additionally, adventurers can walk around the 1936 Olympic Village, built to demonstrate Aryan supremacy, or Spreepark Planterwald, an abandoned amusement park just outside the city containing broken rides and a stock-still Ferris wheel.

Berlin’s urban exploration gem is probably Beelitz-Heilstätten Hospital, which treated none other than Hitler himself before WWII broke out. The sanitarium also treated both German and Russian military, and later served as the stalking grounds for a notorious German serial killer.

Depending on how you measure it, Paris is even older than Berlin, with evidence of Mesolithic settlements dating back 10,000 years. However, the city as we know and love it didn’t truly develop until the Middle Ages. Still, it has seen its fair share of history, making Paris the perfect place to peel back the shiny veneer and explore a city’s dark underbelly.

There are more than a handful of castles and chateaus that were damaged by the German invasion of France during WWII and later abandoned. However, not to be missed are the Paris catacombs. In the 18th century, during one of the several plagues, researchers traced the origin of the disease to a Paris cemetery. Though the cause of the disease was not yet fully understood, workers relocated every dead body in the cemetery to an old, unused quarry beneath the city.

Eventually, every cemetery in Paris was emptied out, and now more than six million skeletons line the walls of the vast subterranean tunnels. If you’re an urban exploring novice, you might want to start with Paris; the Paris Catacombs are open to the public, so you won’t have to risk breaking any trespassing laws.

If the Paris Catacombs sound like your style, you might check on flights from Paris to Rome, because the Catacombs of Rome are even more legendary. You might have an inkling of how old the city of Rome is, but your estimates would probably fall short. More than two and a half millennia old, Rome holds more secrets than you could explore in a lifetime. Roman ruins lurk just out of sight but well within reach for the industrious urban explorer.

The Catacombs of Rome span hundreds of miles beneath the city, containing corpses that date as far back as the first century. According to rumor, the Roman Catacombs hide the truth behind the mystery of the Holy Grail — some say the Grail rests in the tunnels beneath the Basilica of St. Lawrence. The rest of the tombs are filled with wealthy, important people of the past, as well as various popes and saints whose resting places are heavily guarded by the Vatican. 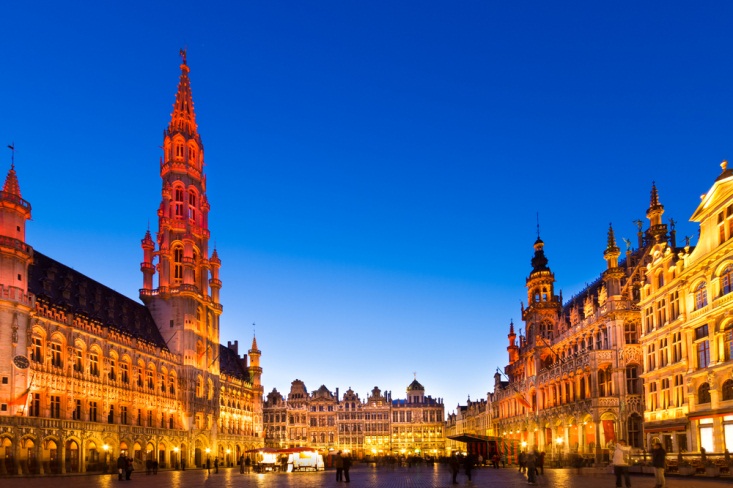 Unlike the other cities on this list, you might not know much about Brussels, Belgium. While it has been around just as long as other northern European metropolises like Paris and Berlin, Brussels is known primarily for its chocolate and its sprouts — not necessarily its tourism.

However, because of its placement between Germany and France, Brussels developed some exciting ruins after WWII to add to its menagerie of locations for urban exploration. There’s the Fort de la Chartreuse — an unused military fort built in 1800, used by Germany in both world wars and abandoned by Americans after the Germans’ defeat.

However, in keeping with the creepy catacomb theme, Brussels has a crypt you won’t soon forget. Housing more than 100 years of dead bodies, the abandoned crypt feels more eerie than the underground catacombs of the other cities due to the light let in by the streaky skylights. Visitors can feel the chill in the air and see icicles forming from the ceiling, and the dead flowers littered near empty vaults adds to the feeling of eerie abandonment.

Urban exploration can be dangerous, so be sure to exercise caution while you’re wandering around foreign cities’ less-maintained areas. Try to follow the city or property’s posted laws on trespassing — no adventure is worth breaking the law. If you stay safe, you’ll be sure to have a thrilling vacation in Europe’s gritty underside.

About the Author: Gina Bordello is a freelance writer and travel agent who enjoys exotic food and being outdoors. She loves to search for online travels deals and plans to travel for years to come.

Lost Ring in Oahu!
Feeling Our Way with Cantor Emma Lutz
France: Below the Surface of the Seine
The Cham People and their Towers