We left the Sunshine Coast at 3:30 AM with the headlights of the truck slicing through the thick fog and darkness engulfing the highway. Our destination was the little town of Windorah in western Queensland, nearly in the heart of the continent. Actually, we were headed to the bushland that laid over 50 kilometers to the west of town. Our goal was to find two of Australia’s iconic reptilian fauna: the Perentie, Australia’s largest lizard, and the Inland Taipan, the world’s most venomous snake. 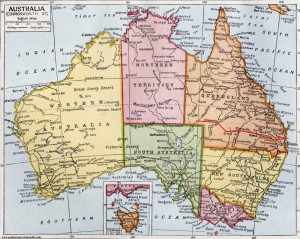 There were three habitats we would encounter on our trip, huge red sand dunes dotted with silvery spinifex grasses, treeless plains with cracked earth and towering escarpments littered with caves and boulders. Each habitat contained animals perfectly adapted to dealing with the harsh and arid climate of central Australia. The trip organizer was a good friend I had worked with at Australia Zoo, Lockie, whose insurmountable knowledge of Australian fauna painted a bleak interior full of life.

As the habitats outside the windshield changed from lush coastal forests, rich in hills and endless fields of grass to flat red dirt scattered with sparse and bushy Mulga trees I became more enthralled with the natural world of Australia. Nowhere else on the planet had species so unique and perfectly adapted to a variety of habitats as Australia; it was the land of reptiles and marsupials, parrots and finches, ghost gums and spinifex.

Emus, goofy looking birds that stand as tall as a man, pecked aimlessly on the roadside in surprising numbers. Their thick black legs occasionally kicked up clouds of red dust as they ran off, startled by the sound of our ute pounding along. Spinifex scrubland dotted with Mulga trees harbored mobs of kangaroos and the roadside showed the fateful results of their nightly escapades. Long white bones, skulls wearing ghastly smiles and Crows, Wedge-tailed Eagles and Black Kites feeding on the unfortunate fresh macropodian specimens took up vast stretches of the red-hilled roads. 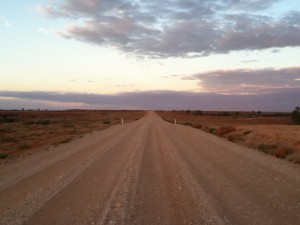 Unfenced cattle ranges that reached out to the distant horizon were dotted with knee-high spinifex grass and the steel cattle grids that stretched along the small highway rumbled heavily as Lockie continued the drive.

Two dancing silhouettes in a field moved slowly along the road’s edge. A pair of Brolgas were searching for their evening meals as the sun sank in the sky. Their red crowned heads kept a wary eye on us as we slowed and their long bills proceeded with their persistent search for food between the grass tussocks. We continued on into the dark night in the Australian outback; the stars slowly emerged like diamonds on a velvety black sky. With no light pollution one could see almost every band in the Milky Way. The headlights made the Mulga trees eerily silver as their branches swayed in the evening breeze. 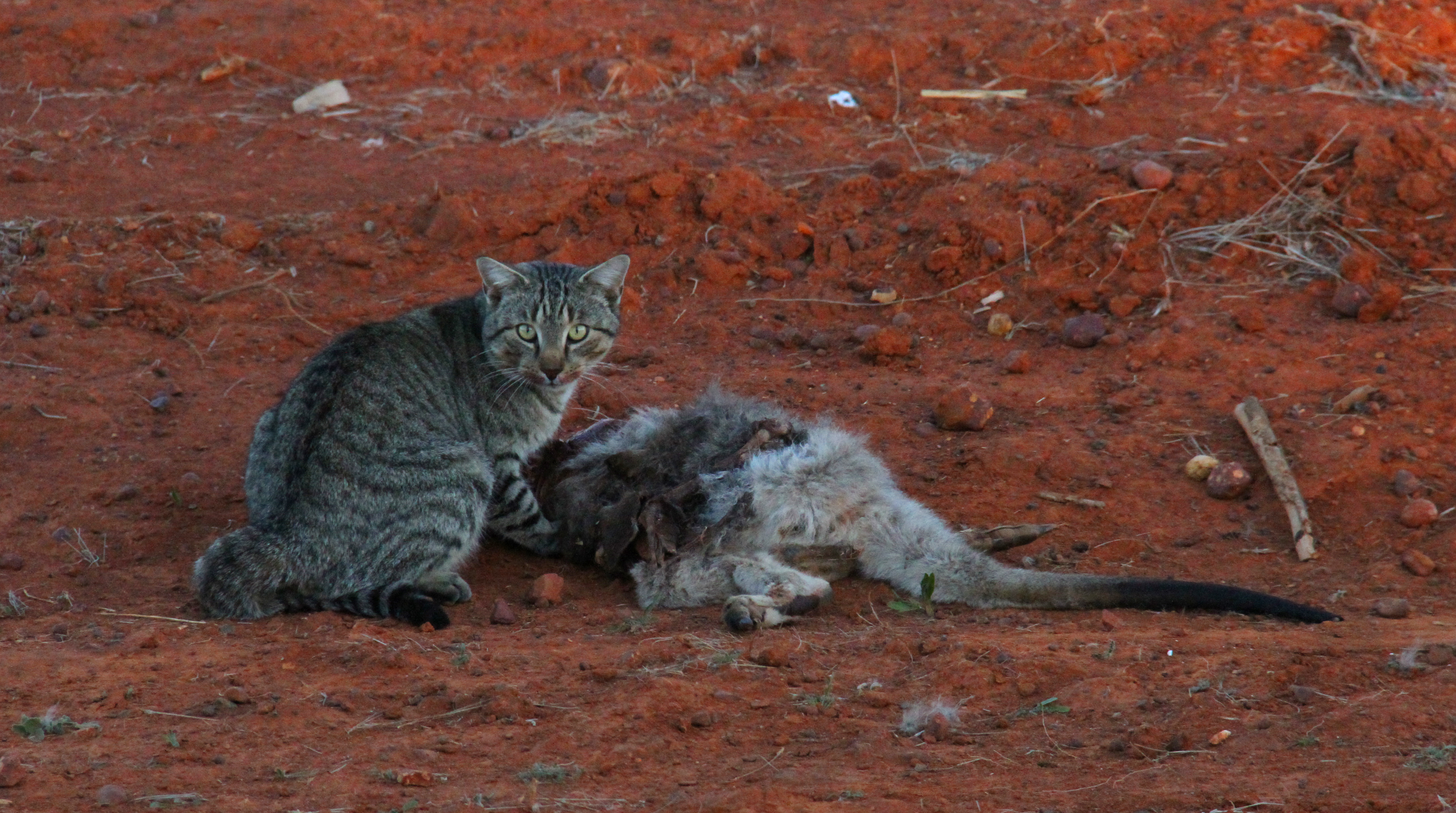 Feral cats fed on the carcasses of unfortunate kangaroos and emus, their eye shine reflected brightly from the darkness. The cats were wreaking havoc on the Australian environment, consuming indigenous animals at extraordinarily high levels and reproducing at even higher numbers. They, along with feral pigs, goats and dogs, put excessive strain on fragile ecosystems across the continent.

After many more hours on the road, we finally made it to the caravan park in Windorah. We unrolled our swags and fell into a deep sleep under a blanket of stars. The next morning we awoke to bickering of the Apostle Birds on a nearby tree. 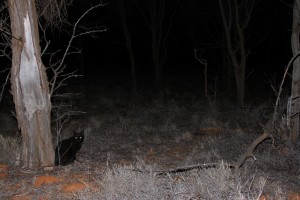 Windorah looked like a quintessential western town, with dust being carried down the main road on a warm breeze. There were a few houses and even fewer business, two gas stations, no traffic lights or stop signs, and, if you stood in the right spot in the town center, you could see its beginning and end. The day was already warming so we quickly packed up camp and headed out into the bush, stopping near a series of massive escarpments after a lengthy drive.

The red land stretched out before us interrupted only by more escarpments in the distance. The cliff faces rose high off the flat ground and were dotted with caves and cracks. Boulders were scattered about their bases and unstable red rocks about the size of a fist lined the steep inclines leading to the precipices.

We began our search in earnest for a Perentie, delving into every cave, searching every crack, following every trail. They inhabit a variety of habitats in the arid regions of Australia from western Queensland all the way to the coast of Western Australia and a few islands in the Atlantic. I had worked with a few Perenties at Australia Zoo and knew their habits, but to see where they come from helps one to understand their importance in the wild and can light passion to conserve such a beautiful creature.

Fresh slides from a large Perentie could be seen in a few places and we even located fecal samples from the giant monitor, including one that contained the claws from a feral cat and another that contained the remnants of another lizard resident of the area: the Central Bearded Dragon.

Stop Food Discrimination. Enjoy the Possibilities!
What Three Travel Items Can You Not Live Without?
Karoo, South Africa: To The Hell and Back
Transformation on the Island of Java