Smiles are the currency of Tonga.

The man with the battered boom box wore one as he swayed to a steel drum beat.  Grinning at nothing in particular, one hand held the portable machine while the other slapped out a rhythm on his thigh.

“Hey prince, hey princess,” he called out to us, “welcome to paradise!”

The shop keeper across the street thought he was crazy.  While my boyfriend and I payed for dusty supplies – bottled water and batteries from China – she smirked bemusedly.  “Every day the same…”

Still grooving, he shouted again as we stepped back into the harsh sun.  “We got the beach, we got the sea, we got everything we need.  This is the real paradise.”

Though Tonga has a high unemployment rate, basic necessities are limited, and the country doesn’t even appear on most world maps, sour faces are a rarity.  Once called ‘The Friendly Isles’, this is the only South Pacific country to escape colonization.  So while it seems under-developed on the surface, Tonga is rich in less tangible qualities: history, environment, morale.

To capture the wealth of this remote country, here are six more moments you must experience in Tonga: 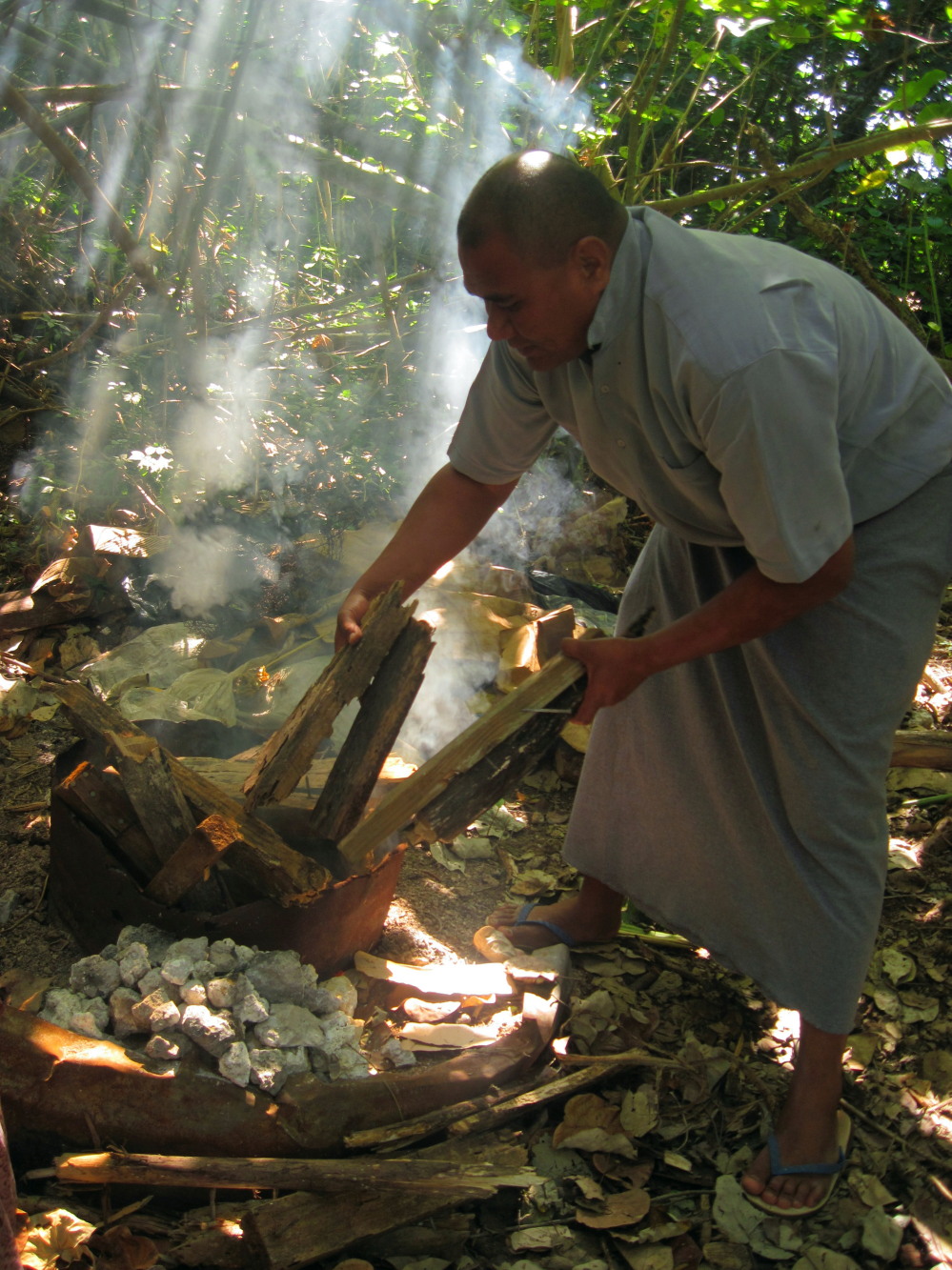 7.   Eat an umu.  Prepared across the South Pacific, from New Zealand to Hawaii, this Polynesian meal is cooked in the ground.  Basic ingredients – fish, chicken or pork, the starchy taro root, sweet potatoes – are laid over taro leaves (or foil, in the modern version).  Next, the raw mixture is drenched with coconut milk.  The package of food is then placed in a pit with hot coals and covered up for an hour or two.  Most Tongans prepare an umu on Sundays, so it can slowly roast while they attend church.  Ask your hostel or guesthouse if they can show you how this traditional meal is created.

Trevally and the sword-nosed Marlin are prize fish caught off Tonga’s shores.  While anglers come for the chance to reel in one of these giants, the daily fish markets showcase a plethora of smaller ocean creatures.  A national dish, called ota ika – literally, “raw fish” – features diced fresh seafood, mixed with finely-chopped tomato, onion, coconut and lime juice.

Little is known about the ancient stone Trithalon that towers vigilantly from a lonely square of grass on Tongatapu’s northern coast.  Though the Stonehenge-like structure has been dated to the 13th century, the facts of its existence are few and hypothetical.  Common myth holds that the three stones are too large for human movement and can only have been placed by the Polynesian demigod, Maui. 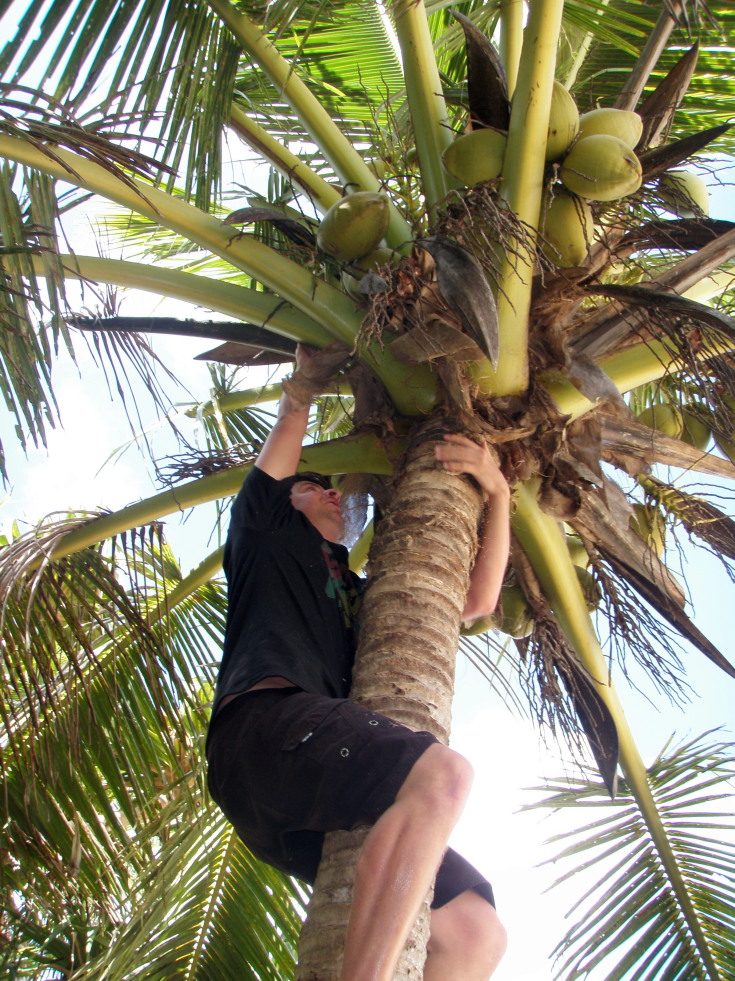 The local boys make it look easy, shimmying up a narrow palm tree as if they were climbing stairs.  While the ascent requires a bit of upper-arm strength and dexterity, it’s a worthy effort for the fruit clustered at the top.  The smaller, green coconuts are young and better for milk; older, tougher nuts provide the best flesh.  To open, find something sharp, like a rock or strong stick, and poke through one of the nut’s three natural ‘eyes’.  In this conservative country, it’s one of the few things you’re allowed to drink in excess.

Don’t Google it first: news of the 2009 disaster, when the MV Princess Ashika sank and 74 persons were lost at sea, will worry even the bravest travelers.  But sailing conditions have improved with foreign investment, and the ferry remains the most authentic way to move between islands.  An airplane might be faster – the boat ride between Tonga’tapu and its outer chains can take anywhere from three days to a week – but it doesn’t involve a hundred crates of carefully stacked brown eggs, irate piglets and squabbling hens, bunches of cassava, and locals napping with their bare toes in your lap.  Besides, isn’t the journey  more important than the destination? 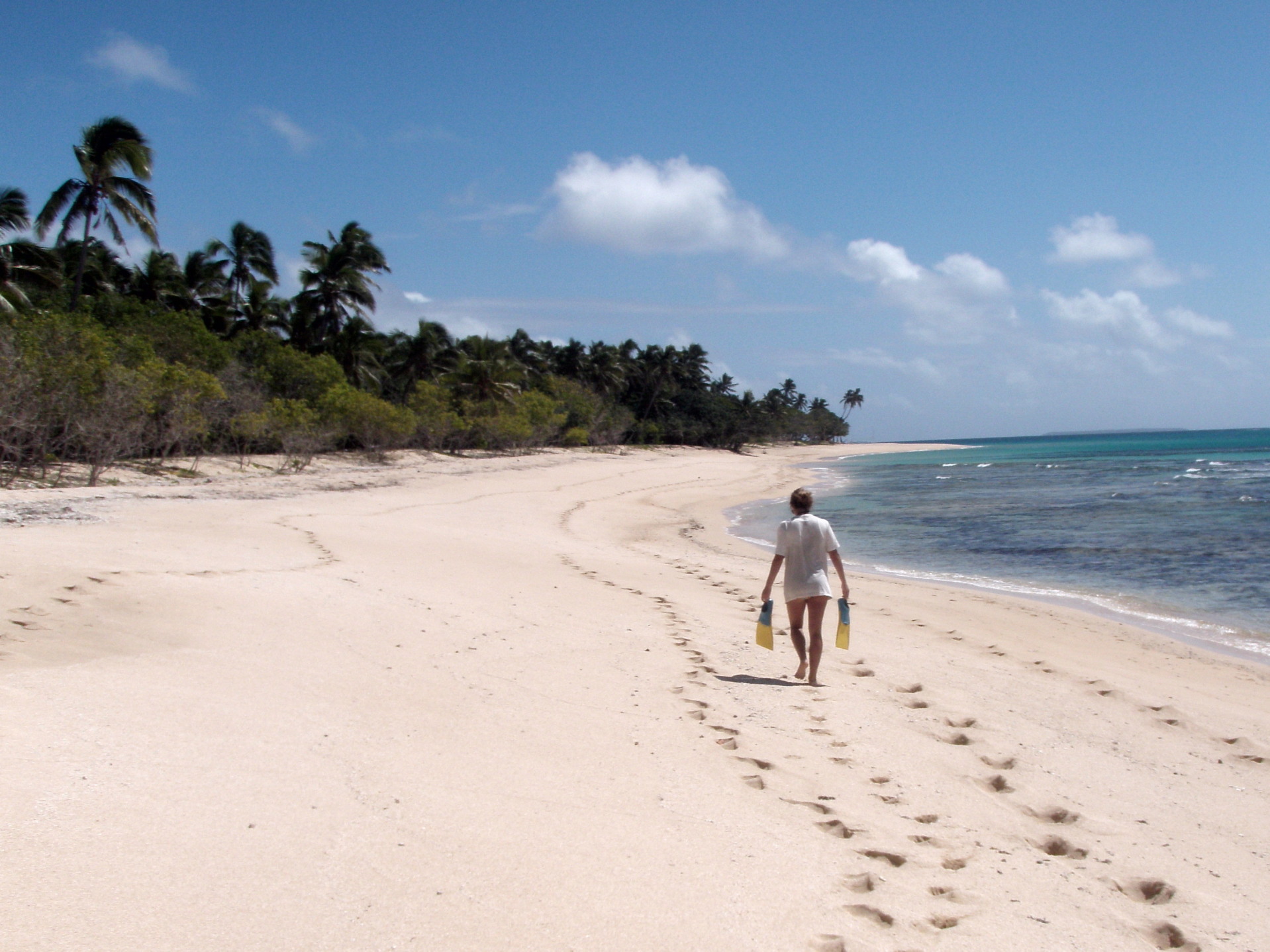 12.   Find your own tropical paradise.

With over 170 islands – less than half of them populated – strung like an unclasped pearl necklace from the northern Niuas down to ‘Eua, you don’t have to go far to find an unoccupied stretch of sand.  In most instances of accommodation, the title ‘remote resort’ has less to do with starred amenities and more to do with the utter relaxation you’ll receive.  No electricity, no running water.  Palm-thatched shacks and sea-side hammocks.  Fresh coconuts for breakfast, the sunrise as your only alarm.  Most importantly, spending time in a place where the only footprints on the beach are your own.

Ticked off all these opportunities on your To-Do Tonga list?  Check out even more Must-Experience Moments in Part 1

Whales, Walruses, and Polar Bears in the Russian Far East
What travel-related New Year's resolutions will make trips better?
A Cooking Class in Tuscany, Italy
Spain: Glorious Granada - The Albaycin and The Alhambra

Kelli left a small, Midwest American town to prove that Yanks can, and do, chose alternative lifestyles. Desperate to challenge this stereotype, Kelli has served over 10,000 pints of foreign beer; played the organ at five funerals; participated in two motorcycle rallies and plunged too many clogged toilets. After working with Burmese refugees in Thailand, she decided to pursue a MA in Global Development and is, naturally, getting distracted along the road back to school.