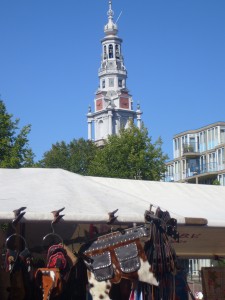 There are many accepted treatments for panic disorder. International travel is not usually listed among them.

I took my panic attacks on a rail odyssey across Europe with my best friend, largely because I was too embarrassed to admit that my fear of everything had reached the point that I was afraid to do something I had always loved – get on a plane and explore somewhere new. My world had shrunk to a packet of anti-anxiety meds and the well-worn path between my flat, my temp job and the local tea house.

When my best friend suggested we get rail passes and explore Europe, I found myself saying yes even as the familiar walls of panic begin to rise around me. Panic is best described as the feeling that your brain is no longer on your side, and mine seemed determined to make sure I never left Dublin again.

My rail pass, which allows EU nationals unlimited train travel in participating countries, was delivered with indecent haste. It’s an unremarkable-looking thing – dull-white, covered in grey print – although it comes with a colourful brochure full of pictures of young people throwing their heads back for reasons I couldn’t fathom. This grey slip of paper represented a licence to be anywhere – a deliciously seductive idea, redolent of freedom and exploration and adventure. The Irish, my wandering little island nation, have never been afraid to cross the water conquer the world.

Except for me, that is. I was afraid of everything. 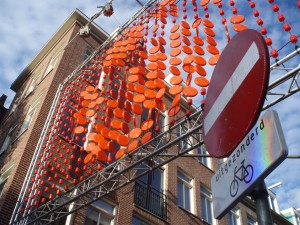 We flew into Schipol airport and took a double-decker train to Centraal Station, Amsterdam. Living on an island with under 6.5 million people, Ireland has little need for large trains or railway stations, for illuminated signs directing us to multi-desk ticket offices. The departures board in Centraal Station, directing travellers on to endless adventures in multiple countries, made me light-headed with possibility as we searched our maps for our hostel.

Amsterdam is all about freedom, and not just the freedoms offered by the red light district and the coffeehouses. Built from reclaimed land, encircled by canals, with streets full of trams and tall canalside houses, Amsterdam’s very existence is a bold statement about freedom – the freedom to take what you have and construct something new, the freedom to create land where there was only water.

The following morning, we awoke to sunlight. The high, slender buildings on out street, the elegant willows and the early morning light cast long, sleek shadows on the walls. We had left a rainy, grey September Dublin, soft light filtered through grey cloud, and we had entered another world where gold streamed down through green leaves. My panic hadn’t kicked in yet. I was sure it would, once my brain was no longer occupied with the mundanity of getting from place to place.

Full of yoghurt and armed with guidebooks, we walked to the Museumplein, a historic square dating back to 1891 and surrounded by the world-famous Rijksmuseum, the Van Gogh Museum, the Diamond Museum and the Concertgebouw. Once off our narrow street with its slanted shafts of sunlight, we found ourselves under a rich blue sky.

Looking up, I strained to see if there were any clouds, my head flung back, walking in disjointed clumsy circles staring at the perfect sphere of blue above me – looking, ironically, like the girls in the brochure that came with my rail pass. I had never seen a Dutch sky before, and even the Van Goghs I saw an hour later struggled to compete with it.

I was in Amsterdam.

I had taken a chance, and my reward was freedom, the knowledge I could go wherever my rail pass could take me. My reward was my best friend by my side on an adventure, the warmth of the sun on my skin and the flat stones of Netherlands beneath my feet. My reward was the hugeness of the Amsterdam morning sky.

About the Author: Ellen Brickley is 29 years old and lives in Dublin, Ireland. When she isn’t working on a novel, she can be found pursuing her quest to find the best chai latte in Europe. She blogs at www.ellenbrickley.blogspot.com and loves to connect with new people on Twitter, where she tweets as @EllenBrickley.

Colorado, USA: A Gift of Snow
Philippines: Biking Bohol
Brazil: I Heart Bahia
Finding Freedom on That Mountain and This Moment