Indonesia: A Day of Circles and Squares

This is an entry in the We Said Go Travel Writing Contest written by Arjun Malhotra from England. Thanks for your entry Arjun!

Stepping out of the bus station, dazed by streaked sunlight and compressed heat, brings that familiar “pin-prick” feeling behind my navel of unexpectedness. I have come for Borobudur; an ancient Buddhist temple; a tantric mandala; a symbol of the universe. Its penetrating grey bricks wait unassumingly in the distance, happily circumferenced by a UNESCO-friendly visitor’s park. The real beauty resides in the intrinsic Buddhist philosophy embedded in the monument itself and from the delicate vistas that materialise like magic as you spiral upwards towards spiritual enlightenment. 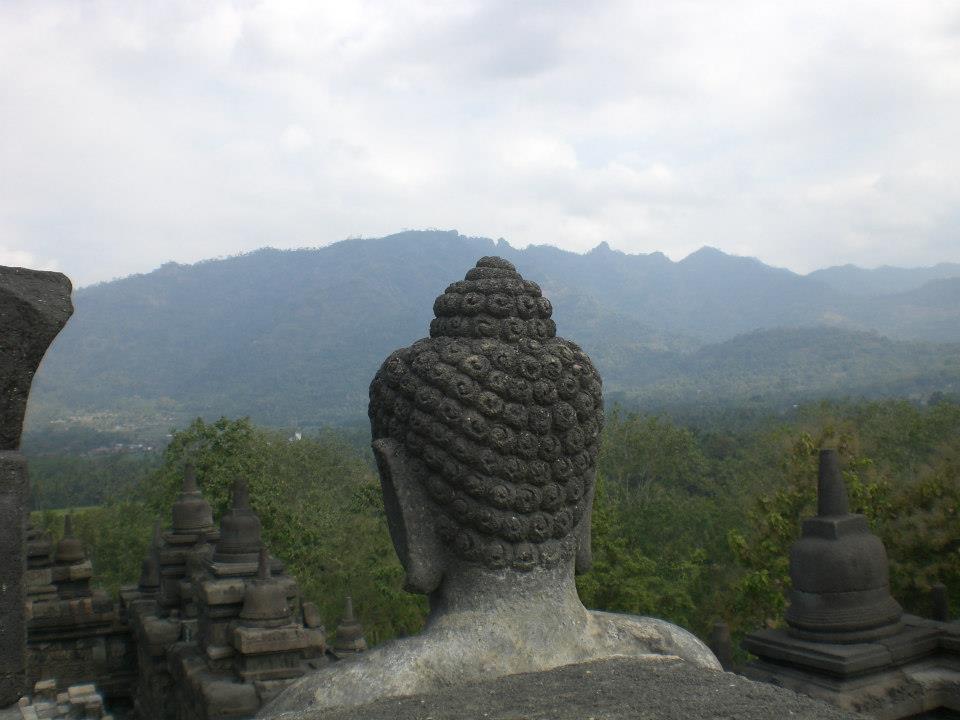 As I ascend I am asked to take a moral-fuelled look at those whose lives are governed by bodily senses. Further up I am accosted by an unending spectrum of elites, seated in perforated domes, escaping all lusts and bonds but not yet attaining nirvana. With a desolate silence I reach the highest level: a single giant stupa; a symbolic depiction of Nirvana – an end to all suffering. Shaking now, I cease to exist in a world that is there but not there. After seconds, maybe minutes, a security guard whistles a tune, winks, passes, and pulls me from my reverie. Even here I cannot escape the serenading sounds of interested locals!

I stumble back on the bus to make it to the seemingly tourist town of Yogyakarta before sundown some 40km away. My short walk takes me through a labyrinth of alleyways peppered with procrastinators, becak drivers, and dirty blue doorways through which the paper lives of local people can be seen and bargained for. I find a square-shaped bed (with a toilet jewelled with ants) and go off exploring.

The main street brings visions of a bustling market selling everything from batik to western memorabilia. This is where Indonesia coming into the twentieth century can be viewed in its most obvious proportions. Air-conditioned shop girls smile as you pass; overheated outside workers have a look of intense suspicion or dull curiosity – I still can’t tell which. A blind caterpillar couple snake through the crowd. The man holds a giant speaker. His consort sings from an exaggerated microphone and holds out a plastic cup. It turns out everyone in this town is an entertainer. Or do they just want to be entertained? 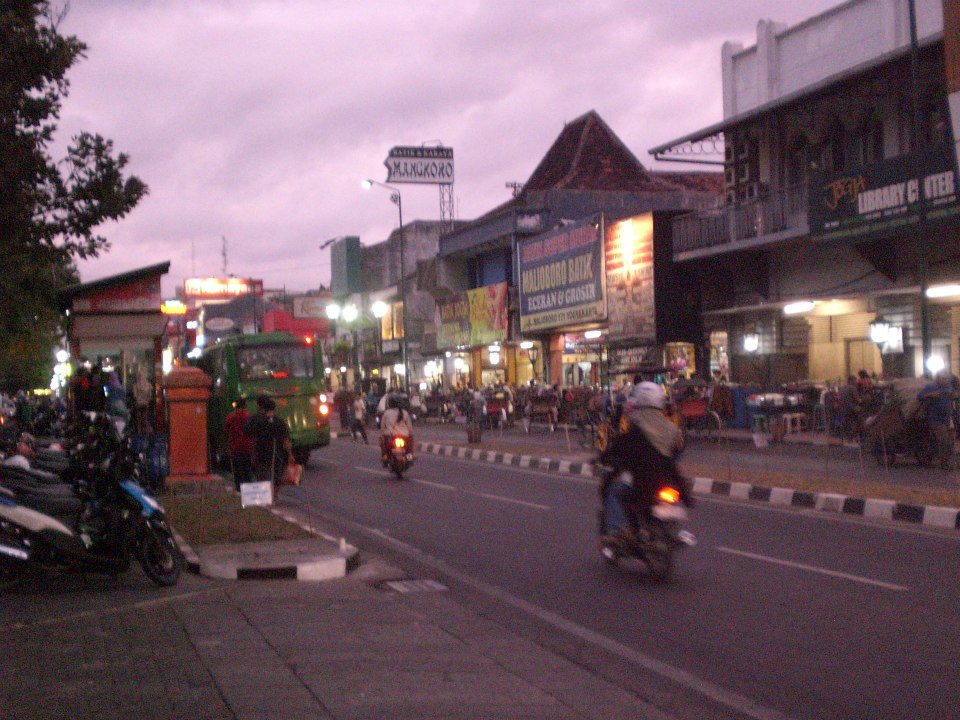 The other side of the street holds secrets to decades of culinary temptation. I gorged on street food determined to induce gastronomic nausea. Black-brown chicken with vibrant red chili sauce and fried rice.  Spring rolls filled to the brim with vegetables, noodles, and a tiny boiled egg. Pork skewers with sweet satay sauce infused with roasted garlic.

The sound of the muezzin (I like when his voice falsettoted) doesn’t disturb the street’s lovers, beggars, or, procrastinators. But it does seem to slow the flow of people down and drown out their voices.  A blackout, with the finality of an eclipse, brings smiles and infuriating misery to an infuriating westerner. I’m given a candle to take back to my bed with toilet ant-families, and in the quivering half-light, I begin to write.

About the Author: Arjun Malhotra: I am 25 years old and have just spent the last two years travelling and working in Asia.  I studied Classics at University and hope to settle in London working in the human rights sector.  http://www.facebook.com/arjun.malhotra.771

Shreveport, Louisiana: A Place I love
Vote on Facebook for our Writing Contest!
A hidden lake found in Los Angeles
Bali to Thailand on Air Asia