8 Interesting Things to Do in Manchester

Manchester is a great jump-off point for a European vacation. Vacationers can fly direct from New York, Miami, Orlando and Las Vegas and then hop on to other popular tourist destinations like Turkey, Spain, Greece, the Canary Islands and other countries on Thomas Cook flights.

But before you move on to the other spots, first discover Manchester and the Greater Manchester area. After all, it is not the third-most visited city in the UK for nothing. Consider including these activities in your itinerary to make your Manchester visit more stimulating and worthwhile: 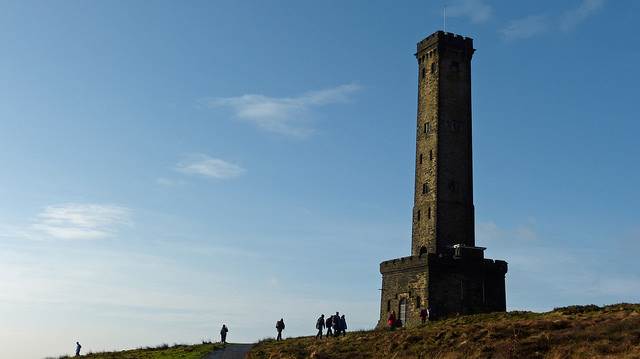 1. See the panorama from Peel Tower
Climb up to this iconic 1852 memorial on Holcombe Hill in Ramsbottom and be rewarded with spectacular views of Greater Manchester and its surrounding areas, including the Pennines. The tower is a tribute to Sir Robert Peel, British Prime Minister in the 19th Century and founder of the metropolitan police force. While in the area, take time to discover the heritage of the village of Ramsbottom and if you happen to be there in summer, take the opportunity to go on an excursion on board one of the preserved locomotives of the East Lancashire Railway. 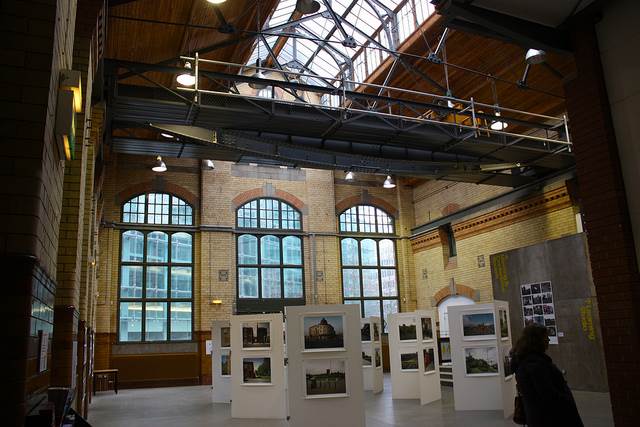 2. Trace the 200-year march to British democracy at the People’s History Museum
Accommodated in a refurbished Edwardian Pump House, Manchester’s People’s History Museum features documents and artifacts of the fight for democracy in the UK, of which the city played a significant role. Britain’s political history is brought to life through interactive exhibits while the riverfront cafe at the ground floor provides a taste of the tumultuous past with its wartime menu. 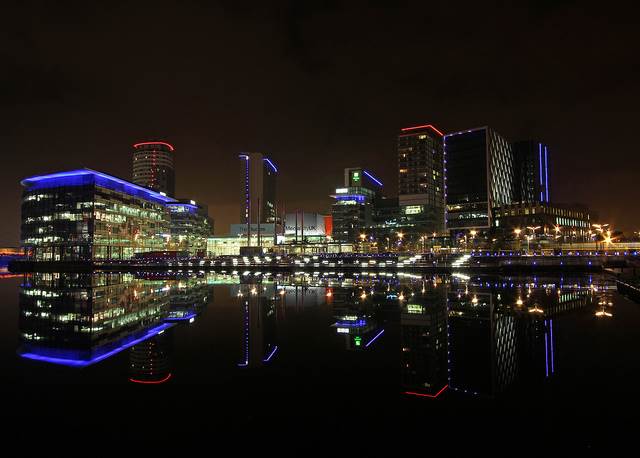 3. Take a tour of MediaCity UK
This 81-hectare waterfront development is the new northern home of BBC. Visitors can see the network’s set-up and sets of some TV programs on a guided tour. Tickets for some TV shows are also available for those who would like to experience being part of the audience. Visitors can also see the latest films in state of the art cinemas. Other cultural offerings include the BBC Philharmonic Orchestra concert studio and the Imperial War Museum North. Sports enthusiasts can try playing football or netball at The Pitch, engage in watersports from wakeboarding to open water swimming at the Salford Watersports Centre, visit the Greenhouse where The Rugby Football League is based, or watch a game of cricket at the Old Trafford ground of the Lancashire Cricket Club. Of course, a trip to a “city” wouldn’t be complete without a taste of the local cuisine and shopping, which are offered at The Lowry Outlet, which also features weekend markets offering arts and crafts aside from locally sourced food. 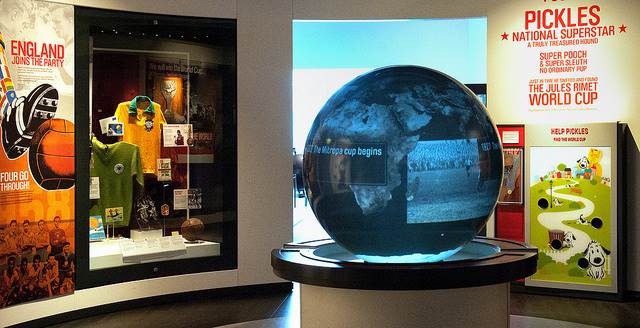 4. Have an up-close Football encounter
Football fan or not, a visit to the National Football Museum should turn out to be fun, with its interactive displays and games, aside from the FIFA and FA collections. Behind-the-scenes football stadium tours of Manchester United and the City of Manchester Stadium can prove to be exciting as well. 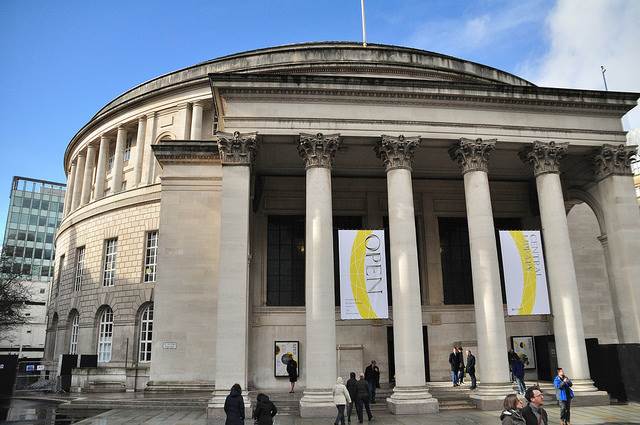 5. Enjoy an evening of arts and culture at the Central Library
Manchester’s newly refurbished Central Library’s Library Live offers a program of performances and social activities worth checking out, from live literature, music, open-mic evenings to film nights. 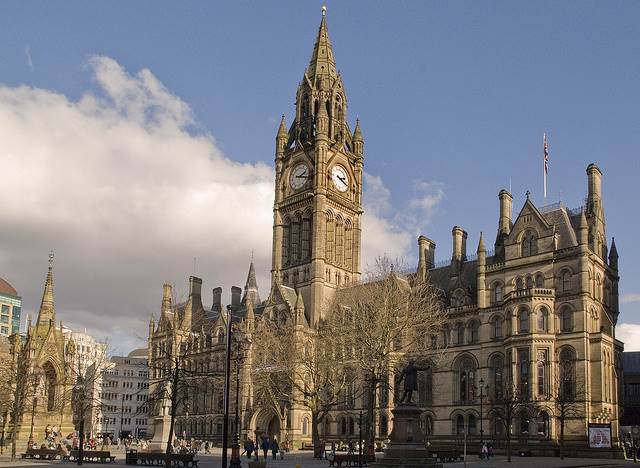 6. Take a guided tour of the Town Hall
Manchester’s Town Hall is a one of the finest examples of neo-gothic architecture. It has grand ornate interiors and has a tall bell tower that houses several bells. The Clock Bell named Abel Heywood is the main attraction. Visitors can see stunning views of the city from here. Take a stroll around Albert Square to see interesting buildings and relax at an English pub after. 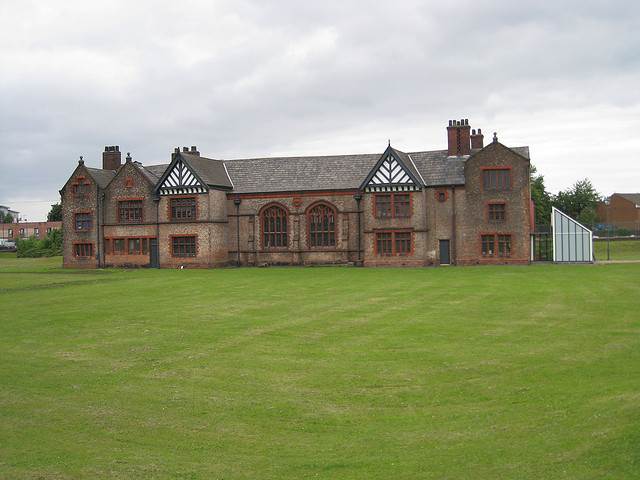 7. Have a glimpse of medieval living at the Ordsall Hall
A 13th century manor house, the excellently restored Ordsall Hall in Salford area is a magnificent showcase of a household in the medieval times. It served as residence of families from varied occupations and social status, from nobles to mill workers. It is rumored to have ghost occupants at present and is not only open to the public but also available for overnight stays for those willing to take their curiosity a step further. 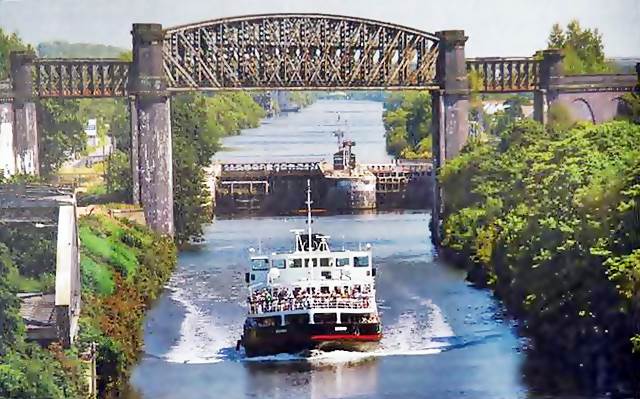 8. Cruise the canals
Several boat trips are available for those who want to experience cruising the canals and learning about their history. There are trips up to Liverpool that pass through lovely countryside and historical industrial areas. This is a relaxing way to discover Manchester’s history.

After you’ve done all of the above, you may end up wanting to stay longer in Manchester before flying to your next destination!

Oh, Summer Days in the Algarve
Filmmaking Tip: Audio
8 Top Things to See in the Netherlands
Cathleen Falsani: an Episcopalian with a Rabbi, Raised Catholic

Rissa was active in the Philippine travel and tourism industry for over 18 years. She is now involved with a multinational IT company but her love for travel remains and writes for some travel sites whenever she finds the time. She co-authored "The Philippines: 100 Travel Tips," an insider's guide to exploring the best of the Philippines. She writes about blended families, second chances, family fun at home and during travel in her website ExesFrolics.com.