Why Female Solo Travel is Safe, and Awesome 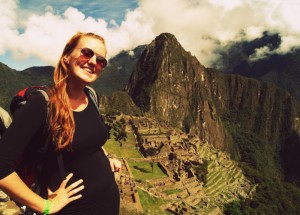 Female solo travelers are constantly being asked that age old question about how possible it really is for a woman to travel alone. I have been on both sides of that conversation, asking the question before I had ever really traveled, and responding to it now, after four years of being on the road, three of which were by myself.

I don’t blame people for asking that question; if you’ve not traveled much or just been away on vacation-style breaks from a full time job once or twice a year, women traveling alone can be a very alien concept. Furthermore, if you’re used to always having a partner by your side, it can be a pretty daunting prospect, too. In truth, I’ve personally found that traveling alone as a woman has been the single most liberating experience of my life, and has helped me to grow and develop in ways I would never have imagined.

How I came to be a female solo traveler

My first traveling experience was interrailing around Europe for two months with a friend when I was 20 years old. This trip was what really kicked off my life of travel, and I finished that trip eager, desperate, and hungry for more.

One of the very first people I met on that trip was an Australian woman who was traveling alone. I had never met a woman who had done such a thing, and over the course of the next few weeks and months when we bumped into each other I picked her brains about solo travel. She seemed like a completely free spirit to me – her plans were constantly changing depending on what she felt like doing or the people she met. The world and everything in it was hers. I wanted to be that girl. I was determined to be that girl.

I came back from that trip and planned my 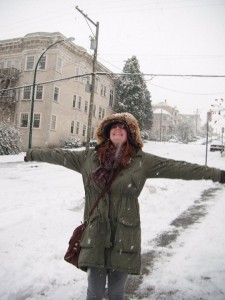 next great adventure; traveling to Canada alone. I figured it was an easy destination to start with as I shared the same language and felt like it wouldn’t be much of a culture shock. My first week in Canada alone was a bit shakey, and I continually doubted myself and my strength to be able to do this. I remember taking my first step out onto Granville Street in Vancouver, jet lagged to oblivion, and thinking to myself, ‘I’ve just flown 6,000 miles away from anyone I know on this planet. What on earth have I done?’

Having said that, it didn’t take me long to make plenty of new friends in my hostel, and once I got used to the whole idea I couldn’t get enough of traveling alone. The freedom was like nothing I’d ever experienced, and I really feel like solo travel has made me the person I am today.

Since then, I’ve lived in both Barcelona and Toronto, and traveled through the Balkans and South America, all of which have been solo adventures. I have been incredibly lucky to have stayed safe throughout all of these journeys, but at the same time I’ve kept my head screwed on, and remembered that’s my gut instinct is my most powerful weapon.

Some difficulties you might face traveling as a woman alone

I’ve always said that there is only really one difference between travel safety advice for men and for women. The normal safety tips apply for all – don’t go down sketchy-looking streets alone, make sure you keep an eye on your personal items at all times, and just keep your wits about you.

As a woman traveling alone, the one thing that might happen is you get unwanted advances from men, such as whistling, cat calling, hissing, etc. This all depends on the country you’re in; I had some unwanted attention from men in South America (I’m a redhead with pale skin – I stand out quite a bit there!) but for the most part it was harmless and I walked by with an air of confidence, ignoring them completely, an attitude which I have found to be te best defence.

Having experienced solo travel for so long, I can say that the rewards far outweigh the dangers. The best thing you can pack for a female solo trip abroad is a good sense of judgement. Know that you should, to a certain extent, have 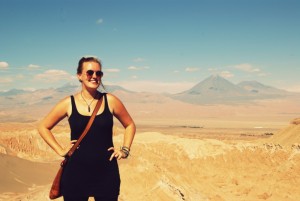 your guard up and not trust people immediately, but still travel with an open heart. Always remember that just because a place is far away, or has a very different culture to your own, doesn’t necessarily make it dangerous. Inform yourself with factual information about a country from government websites, not what you read in the newspapers.

Finally, know that the leap into traveling alone as a women will probably be one of the best leaps you ever take – I never knew how strong I could be until I took to the open road, just me and my backpack.

About the author: Emma Higgins has been writing/travelling on and off since 2009. Her blog, Gotta Keep Movin’, is full of stories and advice from her trips, which include Europe, India, Morocco, South America, USA and Canada. Her focuses are budget travel and volunteering, and she’s been involved in sustainable farming in Argentina, animal shelters in Peru, and making goat cheese in British Columbia. Follow her on Facebook, Twitter & Instagram.

Australia: The Working Holiday Way
Two "Foreigners" in Thiruvannamalai, India
Will You to Swim Bridge to Bridge to Change the World?
To be a Judge of Rio de Janeiro

Emma Higgins has been writing/travelling on and off since 2009. Her blog, Gotta Keep Movin’, is full of stories and advice from her trips, which include Europe, India, Morocco, South America, USA and Canada. Her focuses are budget travel and volunteering, and she’s been involved in sustainable farming in Argentina, animal shelters in Peru, and making goat cheese in British Columbia. Follow her on Facebook, Twitter & Instagram.

7 responses to “Why Female Solo Travel is Safe, and Awesome”