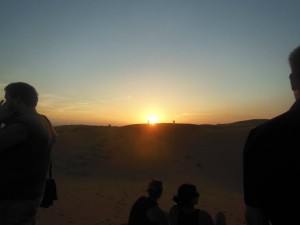 No Nhe Regrets – A short time in Mui Nhe

Even though this is a place that was a short stay, I believe my time Mui Nhe, Southern Vietnam, was well spent, I did what I wanted to do,  fulfilling them days and having no real regrets on doing more, or feeling the need to stay for any longer.

Mui Nhe is a beautiful little spot, something which isn’t a huge backpacker destination, however has lots of activities and things I enjoyed doing. The time I spent there was full of new and interesting things for me. From motorbike hopping to tasting crocodile for the first time.

I left a good friend of mine, whom I had been travelling with since Thailand, towards the end of September 2012. When I had reached Mui Nhe, it was the first week of November 2012. I managed to keep in touch with four Dutch friends who I had met previously, Alyssia, Jony, Marleen and Tess. We stayed at the same resort, sharing rooms. At times it got a bit double dutch, with all four of them exercising the chance and their right to speak their native tongue amongst one another. I had been partying for Halloween on sandy beaches in the more and more popular Nha Trang, about 5 hours north of Mui Nhe.

I researched doing some Yoga, going to visit the sand dunes, and see what this place had to offer. Mui Nhe has a lot of windsurfers, it’s a big destination for that, and although I would liked to have tried it for the first time, it was the only reason I would of for that reason, but the cost for my budget was too far out for something of just a pure curiosity rather than an interest. So for me, 2 nights, 3 days in Mui Nhe was perfect. Our resort was on the beach pretty much, so that’s where I started on day one. Drinking coconut shakes and watching the skills of the windsurfers. At night me and Marleen watched three shooting stars  in the sky, whilst talking about life, travelling and having them kind of conversations you have when you’re a backpacker. One which is full of freedom and ambition, happy people being open with each other, something I personally found liberating whilst backpacking, the conversations and socialising was great.

I introduced Yoga to the girls for the first time. We entered a bit late but got straight to it. I loved the dedication from the Russian teacher even though she was a bit arrogant. The class was a great one, probably the best class of Yoga I had done throughout SE Asia anyway. The people involved were a mixture, the guys it was their first time, which help make it a comfortable atmosphere. Yoga gave us an appetite.  Crocodile was for tea for me, having been drawn into the restaurant by it being on a spit right outside. I snacked on fresh seafood at some street stalls later in the night.

The next day we all took a trip out to to explore Mui Nhe via a tour guide, which we got to travel in a army like jeep. We walked through local habitats, rivers, rocks and sands. We met an ostrich, which was quite a upfront thing, they really do just stare at you! We headed to go quad biking on some beautiful curvey sandunes. I had only seen some similar in video games. We ended the day by heading to the Red Dunes for sunset, hiring a slay (or a piece of sheeted plastic) and attempted to sand board down the dunes. It had little effect, but the sunset was incredible, and I managed to get a photo of it with me just under the sun with some fellow backpacking friends. At the end of the night I managed to get on the back of my first motorbike, something I didn’t like as I’d like to be in control, in which was fine and I actually really enjoyed.

My time here was wisely spent, it wasnt my favourite, but for what it was, I got exactly what I wanted.  I had came, see and done what I had to do. Mui Nhe inspired me in that sense, and its probably somewhere I won’t go again because of my first and only visit there. It felt like I had loved and lost so quickly, almost as if to say, ” this is my station, I must now move on”.

One response to “Vietnam: No Nhe Regrets”