The Voluntourist: How to live a life that Matters! 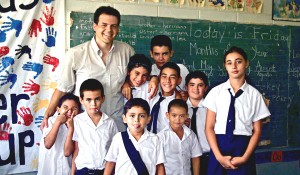 As we begin our journey in South East Asia, I have been reflecting on my goals for this year. I wanted to share Ken Budd’s book, The Voluntourist: A Six-Country Tale of Love, Loss, Fatherhood, Fate, and Singing Bon Jovi in Bethlehem. Perhaps it will inspire you to take your own trip after reading about his tales of travel:

The Voluntourist: A Six-Country Tale of Love, Loss, Fatherhood, Fate, and Singing Bon Jovi in Bethlehem by Ken Budd starts with the line, “I want to live a life that matters,” and so he does. Inspired by the need to deal with the loss of his father, he searches for answers, but this quest requires a passport and patience. Patience to wait in line at customs, for airplanes, for young children in China and Costa Rica, for Ecuadorian birds to fly in the cloud forest, and for all things in Palestine. 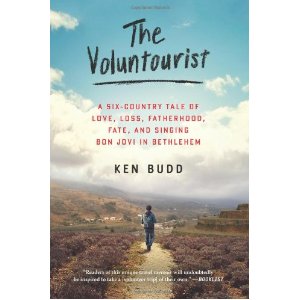 During his journey, he states, “I’m not only working for free, I’m paying for the privilege.” From his first moments scraping paint and mold in the lower Ninth in New Orleans, he bemoans, “How can I live up to my father’s life when I’ll never be a father myself?”  This juxtaposition of trying to have a life with meaning, and involvement with children as a route to that meaning, are essential parts of his journey and inner monologue. Clearly enamored of his father’s life and how he managed his life and work, Budd states “It’s not even dying that bothers me. It’s dying without making a difference in the world. Without doing a damn thing that matters.” Most people want to make a difference but they have no idea where to start. Budd’s book points out that you can start anywhere on the map and even with only two weeks at a time. He is a fantastic role model for getting out there and making a difference. And his father’s death is a reminder that we all have only a limited time — at the end of our lives no one sits and thinks, “I wish I spent more time at the office.”

#StirMarket: The Next Generation's "Cheers"
WINNERS: Independence Travel Writing Contest 2015
5 Beaches: Hiking in Koh Tao
Flying Away: Will you Love me Anyway?

One response to “The Voluntourist: How to live a life that Matters!”