Thailand: Have You Been Spotified? 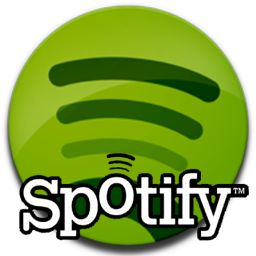 Before departing to Asia for the year, I dutifully loaded my ipod with hundreds of songs to accompany me overseas. I deemed my decision prudent, in that I would be armed with a variety of music from genres diverse as heavy metal, bebop jazz, and hip hop music. However, three months into our trip, I began to find it difficult to find tunes that I was excited about, and two months later, I barely listened to my ipod at all. Not only was I growing tired of my playlist, but I yearned to listen to music that I heard while traveling. I did not wish to haul around CDs or purchase a CD-ROM drive so I could upload purchased songs onto my computer hard drive.

I wasn’t until Langtang, Nepal during a trek in the high Himalayan mountains did I learn of Spotify. We reached a small family run guesthouse with only two total rooms available and one shared outdoor bathroom. The other room was occupied by three Swedes. One of them listened to music on his phone that blared from a mini speaker. When I asked how many songs he could store on his phone he explained that he had downloaded some of his songs from Spotify but the majority of his collection was simply cloud based. I learned that a mere $5usd investment per month would permit me to have new music at my fingertips. I couldn’t wait to sign-up for the premium Spotify service and begin downloading my favorite tunes. However, I had to be patient. We were in the high mountains over 3,000 meters in elevation where wifi and Internet access were absent or severely limited.

When we returned to Nepal’s capitol, Kathmandu, I immediately attempted to download Spotify. To my dismay a message indicated that I was unable to use Spotify in my country of origin. I was once again forced to wait until we reached Malaysia ten days later. In Kuala Lumpur, I was able to download the application and within minutes I enjoyed songs on my computer and mobile devices; the software was simple and intuitive to operate. Within days I had hundreds of new songs to listen to on my devices. My wife even set up a separate “disco playlist” that she listened to while hula hooping.

Within a month, I had downloaded well over 1,500 songs onto my Spotify account that easily transferred to all of my mobile devices. Not everything was perfect, however. I could not find a band from the 1990s named “Adorable” and a few major artists such as “The Beatles” and “Pink Floyd” are not readily available although some of their songs can be listened to when they appearing on multi-artist CD compilations. In addition, some songs are poor quality demos and mediocre live recordings rather than the original recordings; still, these lesser tracks are rare in occurrence, in less than one percent of total available recordings.

All in all I am an extremely content member of the Spotify community. Spotify has become my main source of music where I daily download tunes from a variety of genres. In fact, I have been reading Pete Townsend’s new autobiography where he lists many of his earlier influences and I have used Spotify to download his recommendations in real time as I read the book. So if you have not yet been Spotified, take the free 30-day trial and you will be instantly hooked!

George Rajna, MBA, MS Communications Disorders, is a bilingual speech therapist who has traveled to 100 countries across six continents. He composes music on the guitar and ukulele, and spent two years working in rural education for Peace Corps Paraguay. He is a Huffington Post Blogger and is currently editing the tales of their first sabbatical while in Asia on sabbatical #2. His favorite region is South East Asia and he recommends Bagan (Burma/Myanmar), Koh Lipe (Thailand/engagement), Angkor Temples (Cambodia), Langzong (China), diving in Sipandan (Malaysia), and trekking in Nepal. Learn more about George at Wikipedia-click here.