Scotland: Rest and be Thankful 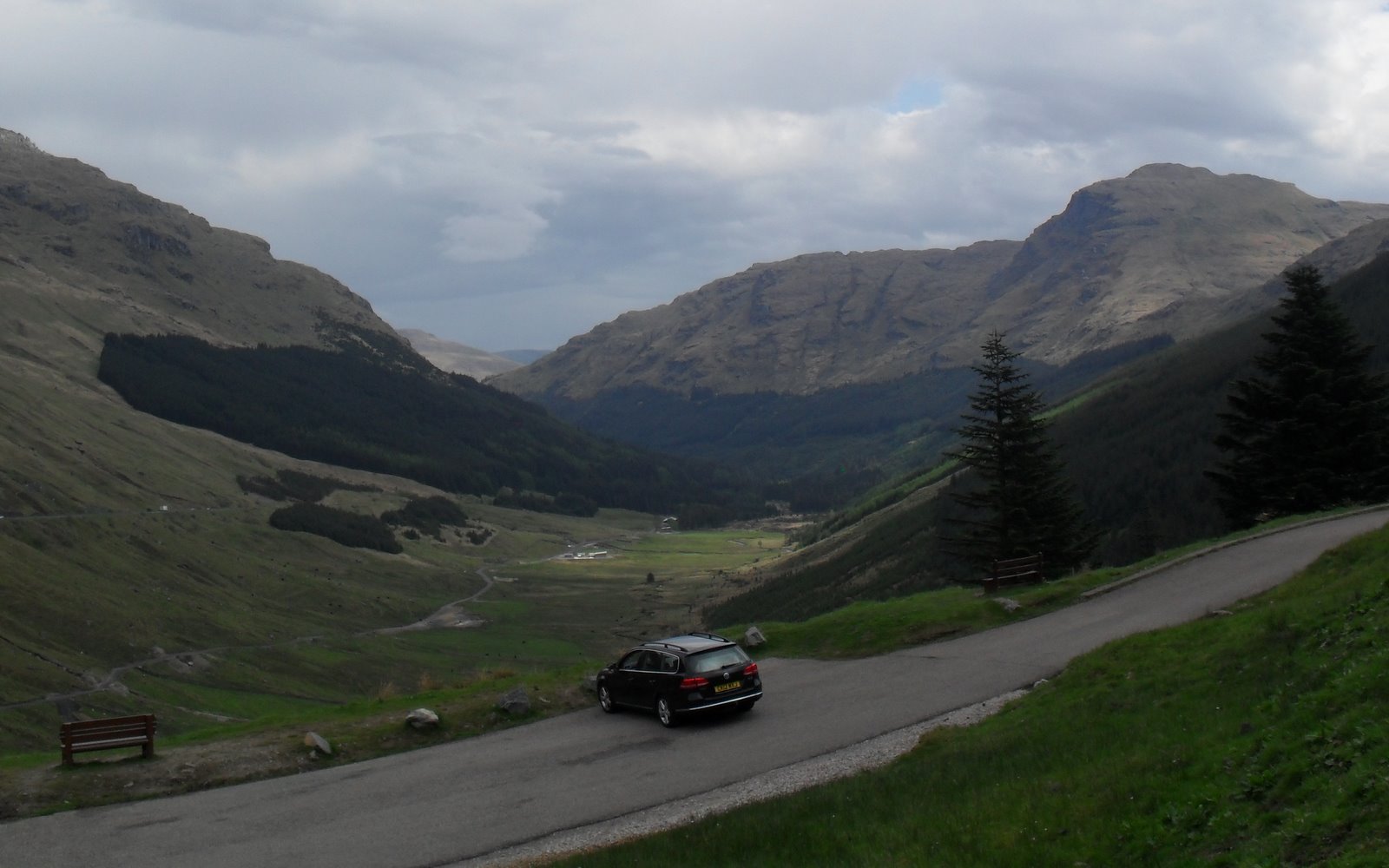 In the distance the late morning mist embraced the tip of Ben Nevis like a lover. The sun tried feebly to break through the dark clouds and the rain came down in a lazy drizzle, oblivious to the fact that it was my birthday and the sun should have been given a chance. I refused to pull up the hood of my raincoat. If the weather could be obstinate, so could I! Fat, wet drops clung to my eyelashes and blurred my vision for a moment. I closed my eyes and breathed in the scent of the moist earth. When I opened them again I saw a stray ray of light seeping through and touching the side of the mountain. Then the mist lifted and the jagged tip of Ben Nevis presented itself in its quiet and unassuming beauty. Its stillness drew me in and once again I listened to the song of the wild that brought me back to the Highlands time and time again.

The mission for the day was simple: find Nessie, capture her on camera, sell the photos, make a fortune and retire to a life of luxury. I’d been living in Edinburgh for almost seven years and had never made it to the shores of Loch Ness, but today was my day. Then barrels of hay appeared right in the middle of the road. It wasn’t a good sign. A few yards further up was the culprit: an overturned lorry had spilled its load of hay and blocked the road to Loch Ness. The police arrived in bursts of blazing lights. My boyfriend and I got out of the car having convinced each other that it was our civic duty to make sure that no one was hurt. We tried to hide our disappointment at the lack of causalities and the obvious fact that our CPR skills would probably never come in handy unless we moved to a war zone. We decided to wait it out on the side of the Hay Highway and in the shadow of a mountain whose presence reminded me of how small and insignificant I was.

The sun was losing its battle against the thick clouds and the infamous Scottish wind had become strong enough to make the clusters of heather at my feet sway in a gentle, rhythmic dance. It was then that we decided that the Loch Ness Monster would have to wait. Back in the car, we took the road which led to Loch Lomond, that of the numerous songs and poems. The Highlands spread themselves before us like an elaborate banquet. The West Highland Way was a winding and weaving path in the distant hills and the backpackers strewn along its narrow trail were like ants laden with indeterminable bounty. The mountains were giants reaching up to the sky to defy the gods. Their tops were painted white with late autumn snows and the small streams which would be gushing in summer were frozen into a solid stillness on the side of gagged slopes. It was easy to see why the bards of old had been so enthralled with Scotland. There was a mystical quality about it, the juxtaposition of the Highlands and the Lowlands, of dark and light, of the fire in the hearts of the people and cold of the land. The silence was so sharp it cut into the inner noise that had became a part of me from years of living in the city.

The Trossachs National Park encompasses Loch Lomond and the trees, deep in autumnal bloom, were awash with the stunning oranges and reds that only nature can paint. The road was steep and at the top was a clearing with a bench. The grass in the valley below was a deep green and the hills were like guards standing watch over the perfect beauty and stillness. We walked to the stone which was on the side of the road and read the inscription: Rest and be Thankful. The Drovers’ Road had originally been constructed as a military route during the Jacobite uprisings in the Eighteenth Century. Tradition had it that travellers, having reached the top after trekking up the steep slope, were grateful for finally getting to rest. I sat down and closed my eyes. Up here, nothing mattered and nothing remained. It was just me, the man I loved, and the land which I had grown to love. The sweetness of the silence was like a drug and the peace I felt elicited in me a gratitude for life that I had never felt before. I was especially grateful for the stray barrels of hay which had led me there. Fate was truly a funny thing.

ABOUT THE AUTHOR: Colette Kemigisha: Writing has never been a choice for Colette, more like a calling. She studied Creative Writing at university and spends her time writing poetry, short stories and hopes to complete her novel in this century, as soon as they invent a medical cure for procrastination. Follow her on Twitter.

Igbele, Nigeria: Outreach for a Reawakening
India: Trip to Corbet with Friends
Nigeria, My Country: What it means to me
Ghana: Small Victories