In November of 1987, in need of another adventure to ancient and exotic territory, I made a snap decision to accompany my friend Jewels, a designer of antique tribal jewelry, on her semi-annual buying trip to India.  Though I have always preferred traveling alone, I had a feeling Jewels would make a great travel companion.  She was well-seasoned, could keep up a brisk pace and was not prone to complaining.  I had spent a few months in India and Nepal in 1970 during my hippie days and when Jewels and I arrived in New Delhi, nothing seemed to have changed except for my accommodations.  This time I would be staying at the Imperial Hotel, built in the old colonial style with beautiful grounds, a charming staff, comfortable large rooms and a good selection of videos.

After a gruelingly long flight I was unable to nap so by 9:00 a.m. Jewels and I were out of the hotel.  We took a rickshaw ride through Old Delhi to the Red Fort where I walked in my stocking feet through the ancient mosque.  Next we paid a visit to Ashok, an old friend of Jewel’s, known in New Delhi as the king of silver.  We spent the entire day in his shop, drinking chai and looking through box after box of old silver–bracelets and cuffs, charms and coins, chains and beads.  Afterwards our hands were blackened and we had to scrub them before Ashok served us lunch.  The maa ki dal (lentil stew) was the most delicious bean dish I had ever tasted and I begged for the recipe.

When we arrived back at the hotel I phoned Ravi Shankar, the illustrious sitar master.  A dear friend in Los Angeles had told him to expect my call and that I would come to give him an acupressure treatment since Ravi had recently undergone heart bypass surgery.  I first saw Ravi Shankar at the Monterey Pop Festival in 1967 where he electrified the audience, most of whom had never before heard classical Indian music.  Ravi was preparing to leave for Moscow and had an incredibly busy schedule.  Still, he invited me to dinner at his home in the Lodi Estates, the Beverly Hills of New Delhi. 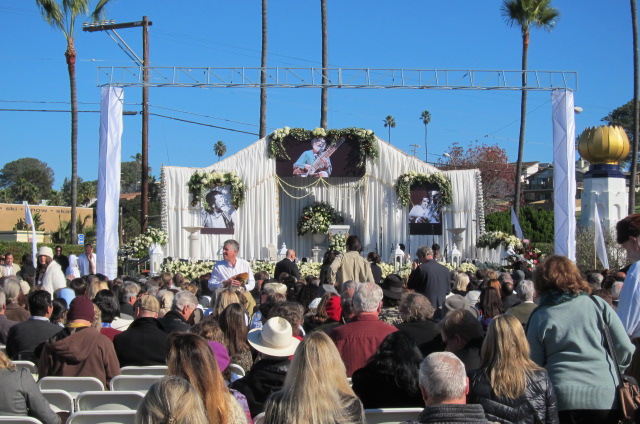 Ravi was the epitome of charm and warmth.  We went to his bedroom to do the treatment, but first sat at his desk and talked, mostly about our mutual friend, Ry Hay, who had made this introduction.  Ry had already told me that Ravi was one of his favorite people on the planet and that he was so revered in India, if you walked with him in the streets people would also kiss your feet.  Ravi laughed easily and often and our conversation ranged from music to the AIDS crisis to the constant temptations in the lives of musicians.  Having known many musicians in my life I laughed out loud when Ravi said, “I tell you Nancy, I speak as one of them and I speak about them.  Men are terrible.”

In the midst of our conversation I had to pinch myself.  I’m in India and I’m sitting in Ravi Shankar’s bedroom, staring into his meditation room, chatting with him.  During the years I took psychedelic drugs I often listened to Indian ragas and the sound of the tablas and sitars would send me into a frenzy of dance. I dreamed of going to India to study classical Indian dance but never dreamed I would be sitting with the master of Indian classical music.

After giving Ravi his treatment, which he said he loved, we moved into the dining room where we joined another visiting American and some of Ravi’s students.

“I love American crispy lettuce so I sent my houseboy out today to find some for an American-style salad, in your honor.  He had to go all over Delhi to find it,” Ravi announced as we sat down to dinner. 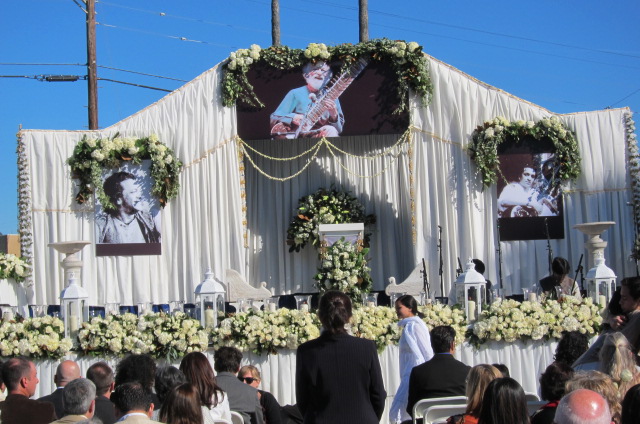 I began to worry.  After nearly dying from dysentery on my first trip to India I knew enough this time not to eat raw root vegetables, fruit that could not be peeled and especially salad, since it undoubtedly would have been washed in tap water.  Of course I could not offend my host who had made such an effort on my behalf and I had to eat the salad.  Fortunately I suffered Delhi belly for only a day.  Well worth it.

I remembered all of this when I got word recently that Ravi Shankar had passed away.  Over the next twenty-five years after first meeting him, we became friends and I gave him many more treatments and listened to many more concerts–in Los Angeles, Pasadena, Santa Barbara and his hometown of Encinitas where his memorial was held at the Self-Realization Fellowship temple.  I still tear up at the thought of never seeing his impish smile again or listening to him perform.  Knowing Ravi and his beautiful family has been one of the great blessings of my life.

The great maestro Zubin Mehta spoke at Ravi’s memorial and said that in Ravi’s presence he always felt like a little crumb.  He called him an eloquent and elegant maestro.  Indeed.  Every time I heard Ravi play his sitar, my soul took flight.  And now Ravi’s soul has taken flight.

USA: The Marmot, My Mother, and Me
Nights In? Not in Hong Kong!
#LuxeExperience: Making Chocolate Souffle with Chef Olivier
Who is Rise Global #21 on the Top Travel list?

Nancy Mehagian has been involved with food and healing since 1969, when she opened the first vegetarian restaurant on the Mediterranean island of Ibiza. A native of Phoenix, Arizona, she attended USC and graduated with a degree in English Literature from Arizona State University. With a passionate interest in the diets and customs of those who live close to the earth, Nancy has traveled extensively. In 1975 Mary Burmeister, the only living master of the ancient Japanese healing art of Jin Shin Jyutsu, became her life-long mentor. Since 1978, Nancy has maintained an active Massage Therapy and Jin Shin Jyutsu practice in Los Angeles. She accompanied Quincy Jones on his Jook Joint Tour and was the Massage Therapist for the Eagles' Hell Freezes Over World Tour. She is the author of the award-winning culinary memoir Siren's Feast, An Edible Odyssey, The Supernatural Kids Cookbook and co-author with Judith Proffer of The Oprah Effect.