WSGT Travel Influencer: @JennyMcIver of Round The World in 30 Days

This week’s WSGT Travel Influencer is @JennyMcIver of Round The World in 30 Days, a travel website dedicated to showing professionals how to fulfill their dreams without sacrificing careers. 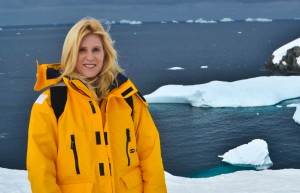 My first trip overseas was to Greece and that started it all for me. I was 26 at the time (a late bloomer certainly, but I’ve made up for it since then J) and traveling with 2 friends from my office. I was blown away by Athens and the Greek Islands. So much history, so much beauty. I knew I had to start making travel a priority in my life and 165 countries later, I’d say I’ve done a pretty good job at that.

The Arctic Circle – Greenland, the North Pole, the Northern Lights, etc. That’s the one big, expensive trip that’s still on my list. But the first thing I would do with unlimited resources is buy a home or apartment in all of my favorite places around the world (Thailand, Tuscany, Easter Island, Moorea and New Zealand, to name a few). I would love to have a place to call home in all of those amazing places. 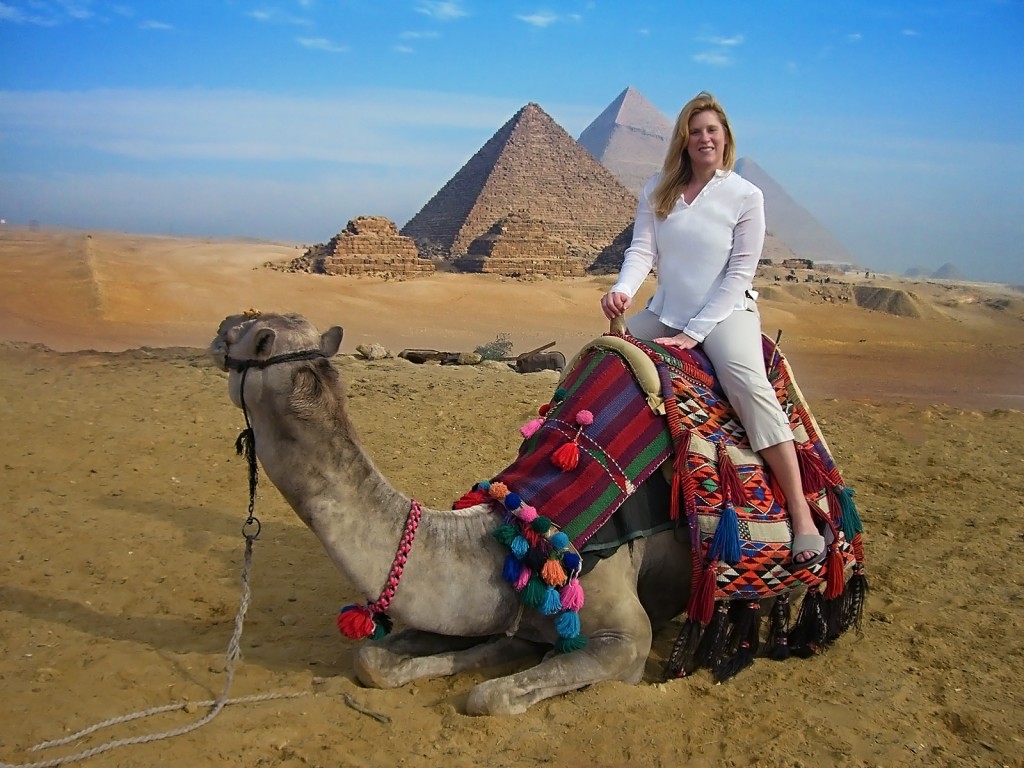 After that first trip to Greece, I knew I wanted to travel. Later that year I started my own business and finally had more time and enough money to start taking more trips overseas. But none of my friends had the vacation time or money to travel with me. I was apprehensive to travel to other countries on my own but one day I just said, “Screw it, I’m going!” And I did. And I never looked back. I had begun traveling for business on my own at that point so I was used to navigating airports and occasionally dining alone and that stuff didn’t faze me. After a few long weekend trips to European cities I was surprised to realize I actually enjoyed traveling on my own. I did a few trips over the years with friends but I always looked forward to my solo trips even more. So when I decided in 2005 to take a trip around the word, it didn’t even occur to me to ask anyone to go with me, I wanted to go it alone.

I’m a big believer in strategically working loyalty programs for free travel rewards (all 10 of my RTW trips have been done in business class using miles) so the Delta Airlines and Starwood Hotels apps are two of my favorites. A good currency converter is essential (I use Oanda’s). And Google translate has come in handy on numerous occasions. Lately, I’ve even been using Instagram as a travel app. I’m headed to El Nido, Palawan in the Philippines soon and I was having a hard time finding a hotel there. Options are limited and many are small B&B’s that don’t appear on the usual booking sites. I scoured Instagram using “#elnido” and found exactly the room view I was hoping for in one traveler’s photo. I commented and asked what the hotel was and later ended up booking it. 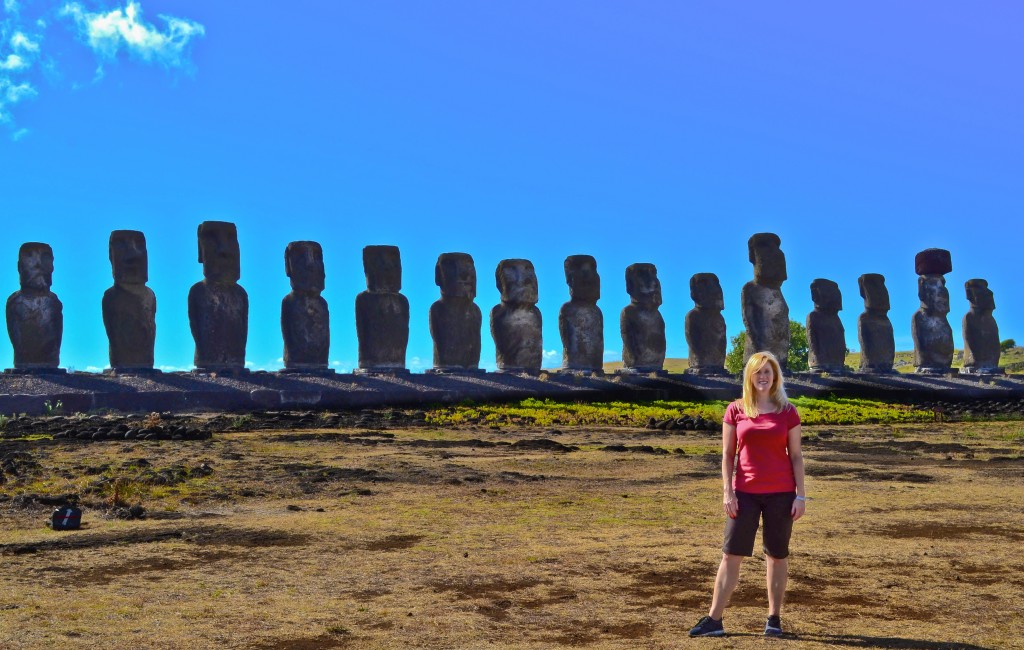 Antarctica. It is, by far, the most incredible place I’ve ever been and the closest I’ll probably ever come to visiting another planet. It’s difficult to reach and it’s expensive but it’s well worth the effort. There is more to see than you could ever imagine.

This is a tough one as I tend to be more in the business of giving advice these days! That said, I learned a ton from the experts and fellow round-the-world travelers I interviewed for my book, “The Grown-Up’s Guide to Globetrotting.” And I continue to learn from my experiences on each new adventure.

There have been so many times! I am constantly surprised by the kindness of strangers I meet on my trips. One of the most memorable incidents happened on a train in Paris. I’d ridden the same train from the airport a dozen times and though I always hold onto my bags tightly, I’d let my guard slip a bit. When the train stopped at a station, a man tried to grab my backpack over the back of my seat and make off with it. The stranger sitting across from me on the train reached over and helped me hold onto my bag and chased the would-be thief off the train empty handed. He then gestured insistently that I switch seats with him so I wouldn’t be near the door. He didn’t speak a word of English but I’ll never forget him. Part of the joy of traveling the world is having the opportunity to meet so many wonderful people from every culture. 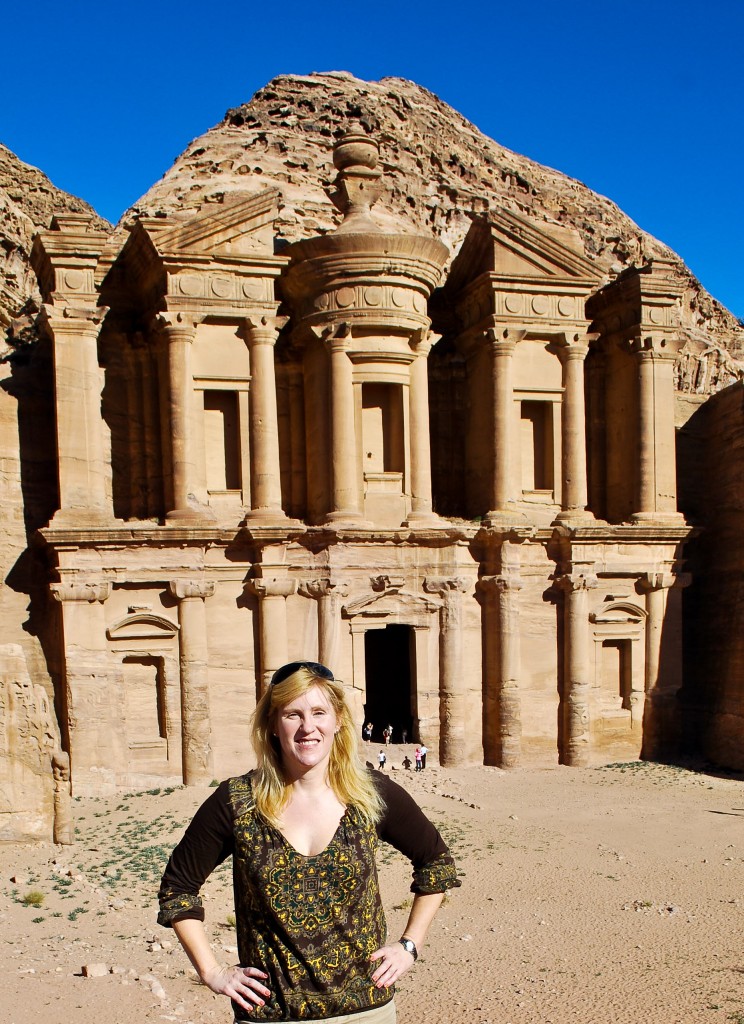 On New Year’s Day in 2005 I read an article in the Miami Herald about a local man who had quit his job, sold all of his belongings and embarked on an open-ended trip around the world. The article chronicled what would become a year-long journey for him – riding a camel around the pyramids, taking Thai boxing classes in Bangkok and a variety of other incredible globe-trotting experiences. I was immediately overcome with a desire to take a trip around the world so I began looking into the “Round-the-World” ticket he had mentioned in the article. I had no idea such a ticket existed but I soon realized I could book one with my Delta miles…and 3 months later that’s exactly what I did. It was always meant to be a single trip but it was such an incredible experience that it soon became an annual adventure. That first trip just made me realize how much more of the world I wanted.

I can’t imagine living life any other way. So people have regrets in life. But I know that I will never regret making it a priority to travel the world. Even the few places I didn’t love, I’m still glad I went. New experiences are what life is all about. I think my Antarctic expedition leader said it best as we toasted our final night on the continent, “Life is not measured by the number of breaths you take, but by the moments that take your breath away.” 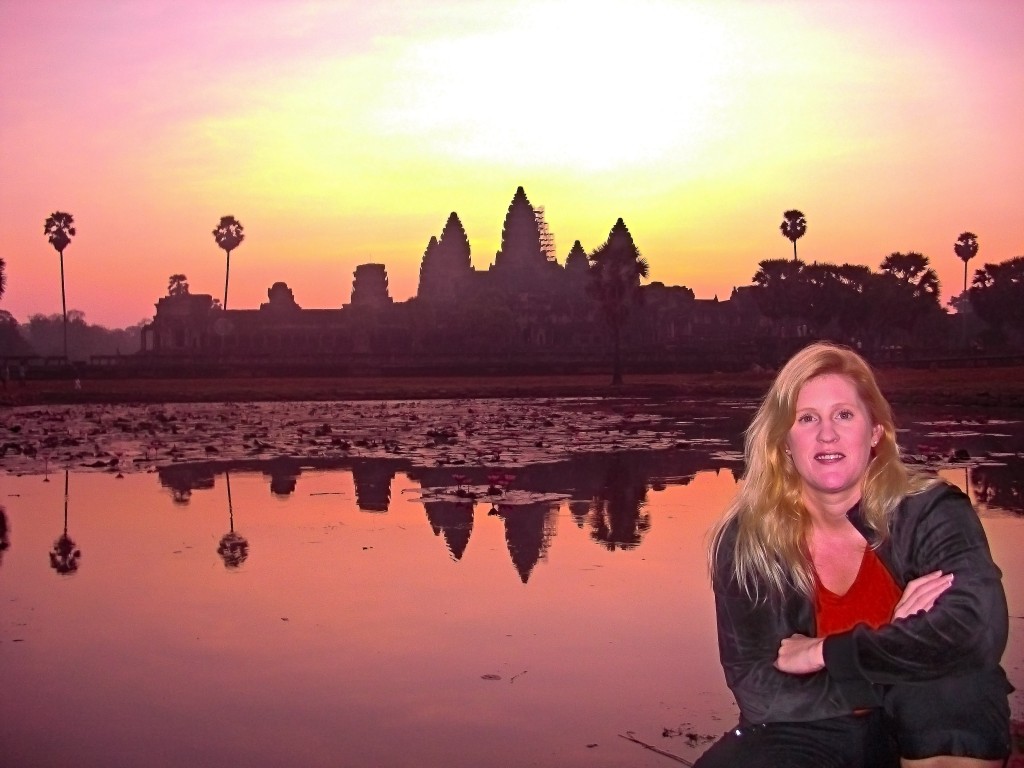 A veteran road warrior, Jenny McIver-Brocious spends most of her time crisscrossing the globe racking up nearly 200,000 miles annually and countless hotel nights. In 2013, Money Magazine dubbed her the “Miles Maven” for her ability to turn those business travel rewards into an annual month-long luxury trek around the world. Her book, The Grown-Up’s Guide to Globetrotting, helps other aspiring nomads plan Bucket List trips of their own. In 10 Round-the-World trips, Jenny has visited and written about more than 165 countries on all 7 continents. The first 9 trips were solo endeavors but after marrying in 2015, Round-the-World 10 was her honeymoon with new husband, Dave. You can follow her journeys at www.RTWin30days.com, on Twitter, Instagram as well as YouTube & Pinterest @RTWin30days.

Stay up-to-date with Jenny through her: