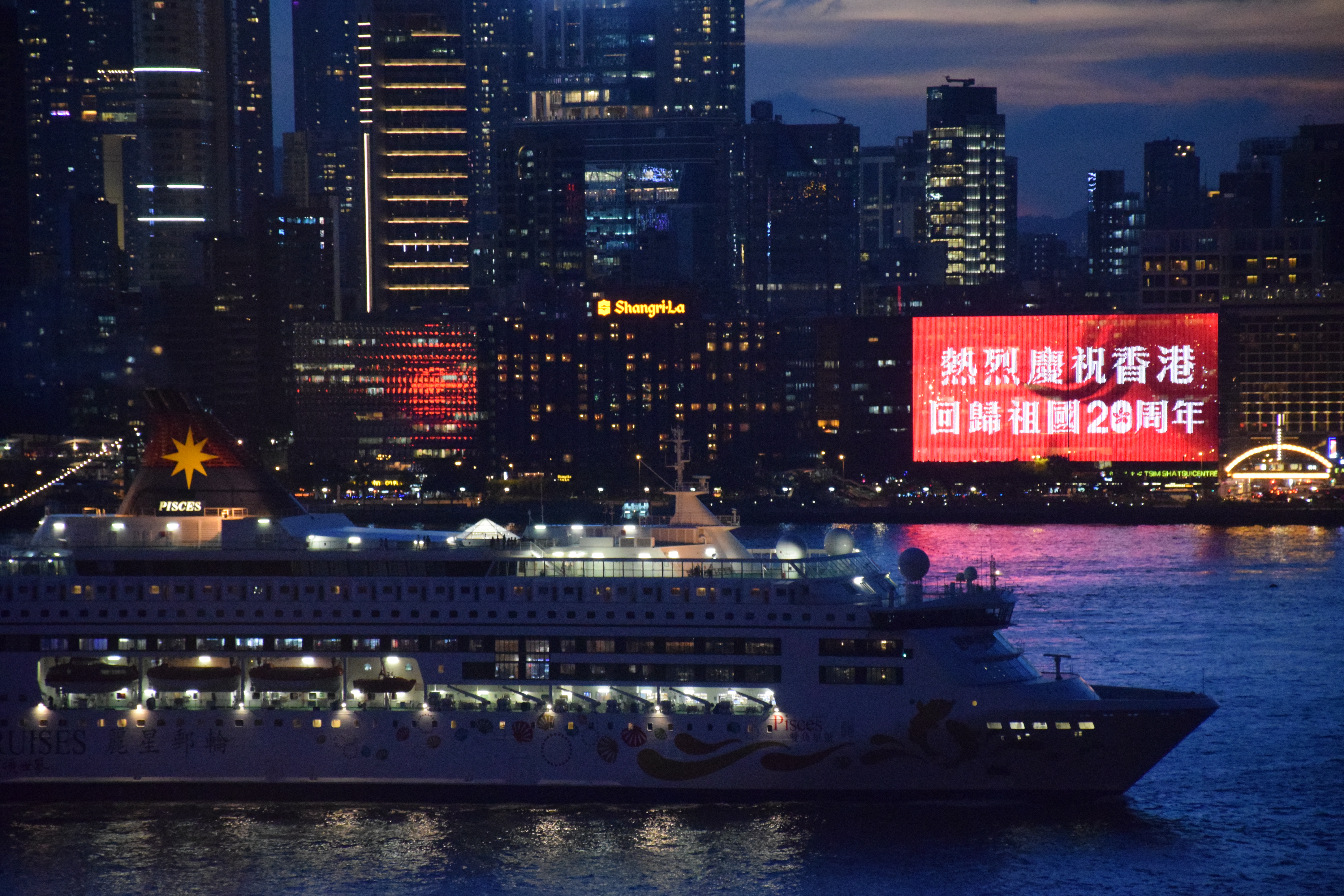 How the Photo was Taken

This photo was taken on 11 July 2017 in the evening in Hong Kong. One thing that stands out the most is the gigantic LED screen, with words in white over red so distinctively that it could be seen across the harbour between Hong Kong Island and Kowloon. It writes in traditional Chinese characters ‘Celebrate the 20th Anniversary of Hong Kong Handover’. It has been 20 years since Hong Kong moves on from the British colonial rule and became part of China once again. Being separated from its mother country for so long, the city has developed into a unique place. It differentiates from the mainland China in many aspects: using different language (Cantonese), currency (HKD) and writing system (traditional Chinese). Often seen as a perfect blend of Western and Eastern culture, the city flourishes as a financial centre with capitalist economic system. Seeing all the red celebratory banners around the city, I suddenly had a feeling that Hong Kong changed too fast: it has developed from a fishing village to an international metropolis city in less than a hundred years. I stood beside the harbour, staring at the new LED screen with curiosity. Indeed, everything changed. But this harbour (The Victoria Harbour) witnesses the history and the life of Hong Kong people while its water flows incessantly at all times. As the ship Star Pisces slowly passed by, I observed this vibrant city in detail, thinking about those unknown workers who built this city and created this brilliant night view that I was looking at. Their stories might be long forgotten, but we should at least explore the history of a place, even as a traveler.

I am an amateur photographer, who loves taking photos of cityscape. I hope my photos can tell people a story and help people explore the history of that place.

Thank you for viewing and reading. Learn more about the Travel Photo Award and tell your story.