Oot and Aboot in Glasgow, Scotland 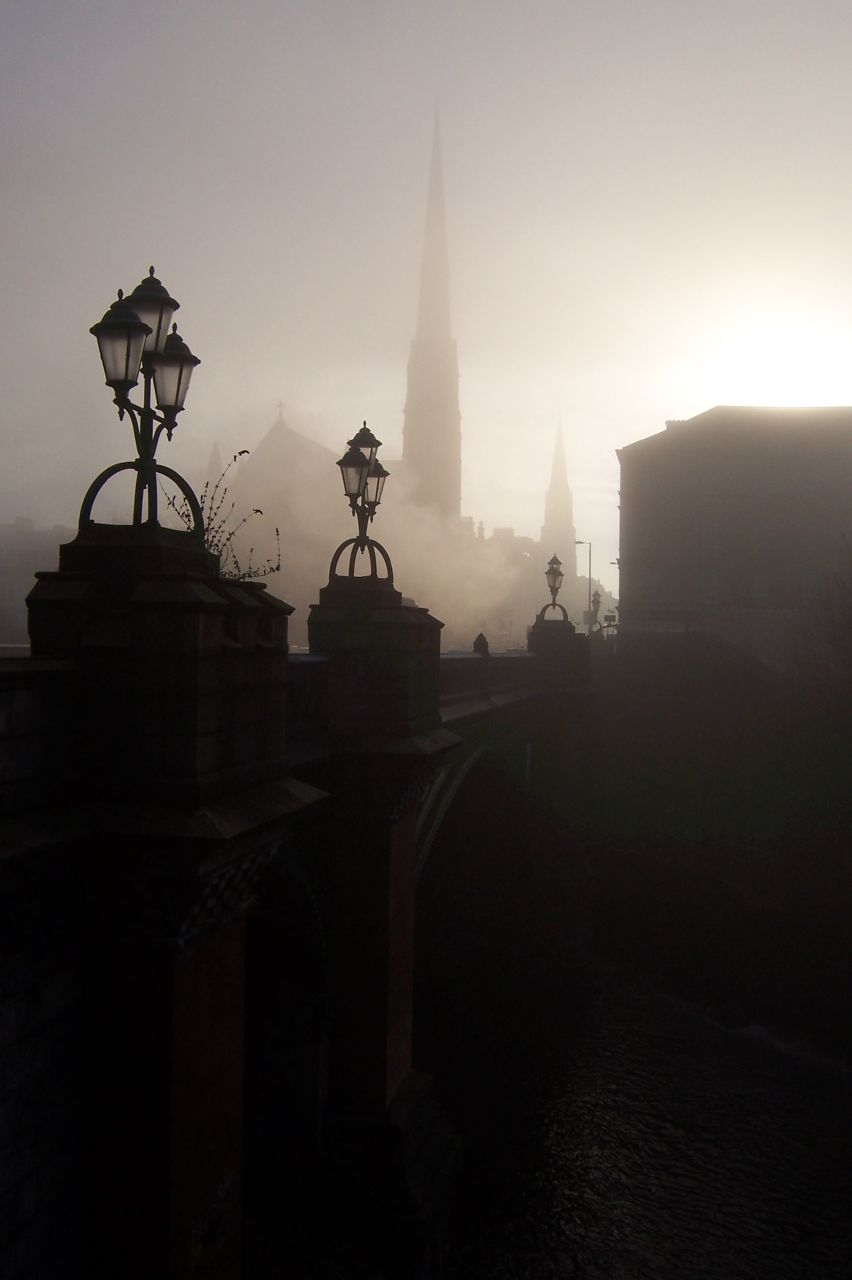 It was January and it had been raining for five days. As I walked down the street, shivering in my permanently damp coat, I considered my situation. I had moved from New York to Glasgow, Scotland without a job lined up or a place to live. My boyfriend and I were staying in a dirty hostel and had almost no money.

I feared that I had made a terrible mistake.

I had completed a postgraduate course in publishing at the University of Stirling that summer, and I enjoyed it so much that I decided I wanted to spend more time in Scotland. When I met with my supervisor before graduation, I told him that I was planning to come back to Scotland to pursue a publishing career after a brief visit home. He was silent for a moment.

“You’re going to leave New York, the home of English-language publishing, and try to find work in Scotland?” he asked.

“I would rethink that if I were you,” he said.

I didn’t. A few months after returning to New York, I packed up my suitcases again and moved to Glasgow.

My boyfriend and I chose Glasgow because it’s Scotland’s biggest city and the place we were most likely to find jobs, not because of any great desire to live there. I quickly realised that it’s the kind of place that takes some getting used to. Just when I would start to appreciate Glasgow’s Victorian architecture and free museums, I would encounter a group of drunken teenagers singing football songs and start to lose faith in the city again.

Glasgow is a city of contradictions – friendly yet frightening, cultured yet deprived, beautiful yet grimy. Glaswegians take it in stride, employing a great sense of humour and a slew of colourful slang words to make sense of their city’s incongruity. One of the first Glaswegian words that I learned is ‘geezeabrek’, which means ‘give me a break’. I decided that’s what I needed to do – give Glasgow a break. It was never going to be like New York or the peaceful village of Bridge of Allan where I’d lived as a postgraduate student. It could only be its wet, loud, graffiti-covered self, and I had to try to accept that.

While I struggled to get used to Glasgow, it did its best to turn me away. It gave me drug-addicted neighbours who stole my mail and regularly smashed the building’s windows. The only job opportunity it offered me was as a minimum wage temp in an area of the city called Maryhill, which is more commonly known as ‘Scaryhill’. It rained so I often that I forgot what the sun looked like. The dampness invaded my flat and mould bloomed on the bathroom ceiling and under my bed.

And yet I refused to give up.

I bought a waterproof jacket and sensible shoes and I walked all over the city, taking in Glasgow’s unique type of gritty charm. I grew to admire its soot-stained cathedral, red sandstone tenements and industrial bridges soaring over the River Clyde. Whenever the sun made a rare appearance, I rushed into the park with the rest of the Glaswegians, none of us wearing enough clothing or sunscreen. We drank beers all afternoon, leaving pink-skinned and tipsy.

I made friends with Glaswegians who swore creatively and often. I loved to listen to their banter, an easy back and forth of one-liners that rolled off their tongues in a series of long vowels and dropped consonants. Learning the dialect was like unlocking the heart of the city. I could speak Glasgow’s language, albeit with a New York accent. We could finally understand each other.

I knew my feelings about Glasgow had come full circle when a terrorist tried to drive a jeep full of explosives into Glasgow Airport in 2007. Baggage handler John Smeaton ran to the scene and kicked the driver, who was on fire, in the crotch. When asked about the incident, he said, “Glasgow doesn’t accept this. This is Glasgow; we’ll set aboot ye.” Smeaton became an instant folk hero, and fans set up a tribute site where people could donate money to buy him a pint.

To me, this was Glasgow in a nutshell – a fiery spirit, well-meaning toughness and the belief that a friendly pint can make everything better. Glasgow made international news and I swelled with pride in my adopted city. Aye, ye cannae mess wi’ Glesga, I thought.

I no longer live in Glasgow, but it remains the most important place I’ve ever been because it taught me that sometimes it pays to take a chance. When you have an open mind and a bit of patience, you can fall in love with the unlikeliest of places.

About the Author: Katie Lee is an American digital content developer based in England. She writes about Cheshire, Scotland and all the stuff in between at.

New Zealand: Home Away From Home
Cinque Terre: A Little Bit of Everything
Zambia: Dance with Me
Big Sur, California

2 responses to “Oot and Aboot in Glasgow, Scotland”