In PRINT at The Myanmar Times

My article on the Phaung D 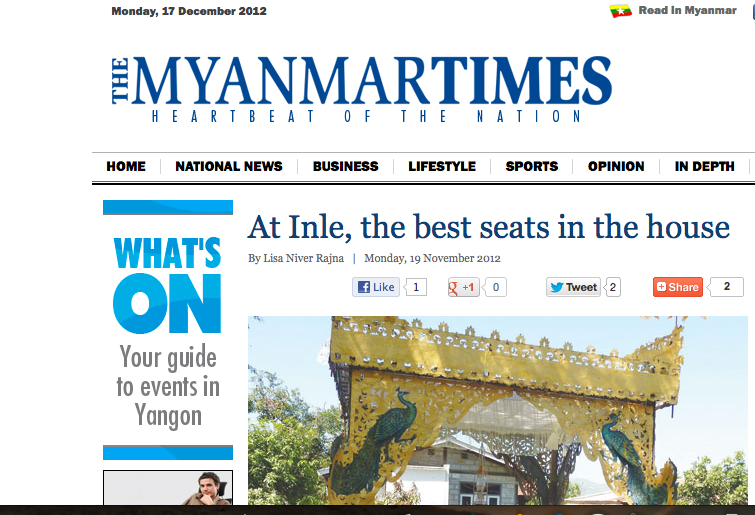 aw Oo Festival at Inle Lake was featured in print in The Myanmar Times, the English Language Paper of Myanmar (Burma).

When I arrived in Myanmar on September 28, 2012, I planned our 27 days of travel so that we could see the famous leg rowers and Phaung Daw Oo Pagoda Festival, one of the largest Buddhist celebrations in the country.

I did not realise that our hotel, the Golden Empress, would be located on a corner in the town of Nyaungshwe that would offer us a great view of the procession. Our seats on the second-floor balcony made me feel like Katie Couric at the Macy’s Thanksgiving Day Parade. There was literally not a better seat in the country to see the golden Buddha images pass through the final tower on the way to the monastery for their three nights of rest.

Working from anywhere in the world with OFX
Croatia: The First Rule of Swimming
Meeting the Locals: Connecting on the road and at home
Bangkok in the Pouring Rain! (video)

One response to “In PRINT at The Myanmar Times”