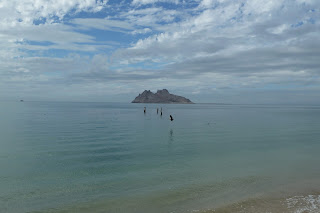 Three years ago while my wife and I traveled around the world for a year, we spent some time in the Mongolian capitol of Ulaanbaaatar before heading into the emptiness of the Gobi Desert. While roaming the streets of the capitol one afternoon, we ran into a Canadian miner at a video game store.  He wore a cap and sported a goatee, along with a quasi modern-day mullet.  He introduced himself as Maury.  When I asked what he was doing in the store he said, “My Mongolian girlfriend plays this Playstation 2 all day while I am at work and it’s broken so I’m getting it repaired. I’m a miner,” he added.

“How long have you been in Ulaanbaaatar ?” I said. 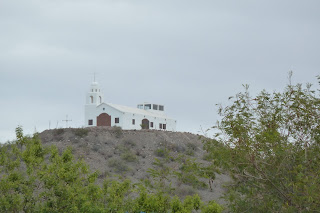 “Way too long,” he answered.  “There are three good things about Mongolia. No one shoots at you, no one tries to rob you, and no animals try to eat you.”  I looked at him in disbelief and said, “Did you live in a country where these three things were normal?”
“Yeah.  Bolivia.  I was robbed, shot at, and even animals attacked me.  The Mongolians leave you alone but the Bolivians can be treacherous.”  I believe I responded, “Jesus Christ!” or “Holy Sh–!”

Maury said, “But I am outta here soon.  I have a house in Bolivia that I’m gonna sell and I’m moving to Mexico.”  I figured that he was headed to one of the mainstays there for expatriates, either San Miguel de Allende or Lake Chapala near Guadalajara.  But his eventual destination, Bahia de Kino, surprised me since I had been pretty much all over Mexico and I had not even heard of the place.

Once he informed me of the town’s name, I became curious.  He explained that it is a fishing village with a small expat community and now I was hooked.  Visions of the beach at the end of the great movie, Y Tu Mama Tambien swirled through my thoughts. 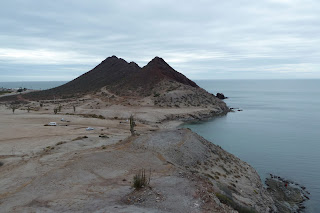 After that brief encounter, we never saw Maury again but Lisa and I continually discussed that we should visit Bahia de Kino.  Located in the State of Sonora on the Sea of Cortez, about 115 kilometers west of Hermosillo, it is close enough to the States that I expected to find cheap airfares.

However, not only did the tickets from Los Angeles to Hermosillo prove to be expensive, but the connections and/or long delays between flights were notoriously long. And so we put off the trip to the small fishing village named after Padre Eusebio Kino, a Jesuit missionary who traveled to the region in 1685 and met the indigenous Seri people, who still inhabit the region.

Finally our patience was rewarded and this past Thanksgiving we found a reasonable flight direct from Los Angeles to Hermosillo.  We knew that this was our window of opportunity and we quickly purchased two round trip tickets.  I then booked four nights at La Casa Tortuga, with its 180 degree ocean views directly from the patio, bedroom and sliding glass door of the well-decorated studio apartment.  Our first morning there we awoke to view a dramatic setting with the calm sea, islands with thousands of diving pelicans, and an expansive desert landscape dotted with Saguaro cacti and volcanic mountains.

You will have to wait until next time to discover what else goes on in Kino.  Was this town all we had hoped for?  Find out in next week’s article!

Article first published as Bahia de Kino: Part I, The Foundation on Technorati.

India: My Karma Ran Over My Marriage!
Los Angeles: Send Forth Graduates and Stories
All the Things You Wanted to Ask About Rocky Mountaineer
Myanmar: Exploring Bagan Day Two (video)