The Legacy of Empire-

At the height of the British Empire, London was the greatest city in the world. It wasn’t the prettiest (that was Paris or Vienna), arguably it wasn’t the most technologically advanced (Berlin was far outstripping it by the turn of the century) but it was London, the Port of the World and the Capital of The Empire.  I have been always drawn to the Victorian period. It was the Victorian period that brought English Literature to my life through A Little Princess and Secret Garden, leaving me with the desire to go to India. Pouring over glossy children’s histories of the period I traced the trades routes and how they knit together far-flung corners transporting commodities, people and ideas back and forth. It seemed to me that that era was critical in establishing our own. Growing up in the shadow of Wall Street I acutely understood the interconnectedness of the global world, but moreover the challenges and anxieties faced by the Victorian’s are our own: unbridled technological advance, violent economic flux, the flattening world, identity politic, advertising culture, and the fear of the fall. For better or worse Empire in various guises is a fact of modern world and it is stamped on the cityscape of London from grand monuments to the actual material fabric of the city.

There is no better place to pick up the uncultivated threads of Victoriana than London, its successes and failures, particularly where there is an undercurrent of the Victorian in the popular mind through an economic focus on Asia, the recently passed Diamond Jubilee, and underground aesthetic movements like steampunk. Susceptible from architectural training, I see tell-tale signs of the Victorian era in the buildings I pass: styles of mismatched historic eclecticism, materials of wrought iron and glass, and an oddly placed reference to the exotic. The Victorian culture was saturated by imagery, so its buildings shout various didactics. Which historic empire was the greatest: Egypt, Greece, Rome, the Saxons? The so-called War of Styles was the architectural face off which attempted to answer this question by producing the neo-gothic Houses of Parliament. Meanwhile buildings such as the Foreign and India Office are neo-classical cacophonies; bedazzled in rich stones and decorated with motifs evocative of its origins (for information regarding visiting the Foreign and India Office check in with LondonOpenHouse.org).  At the same time the tube was being installed embracing an entirely new vocabulary of ‘modernity’ and people have probably been complaining ever since. 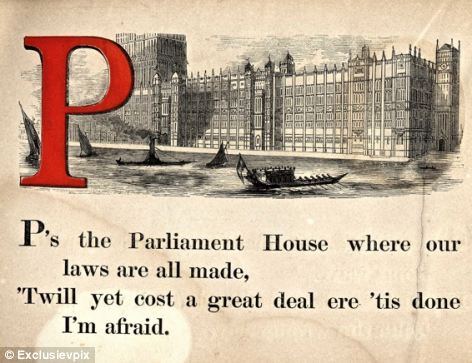 Victorian heritage is not only confined to buildings and monuments it is also evident in the manner the city pulls strands of Victorian culture forward into contemporary life. The popular concept restaurant House of Wolf in Islington which boasts a roster of rotating chefs and the coolest cocktail menu you will see for awhile also has a ‘hysteria’ room (good luck trying to get a reservation, it’s a bit like trying to get through to Narnia). The Old Bengal Warehouse was formerly a spice warehouse of the British East India Company and currently specializes in dishing up fish and meat (without the terrifying Victorian tendency of boiling green meat and hoping for the best.) My favourite hint of Victoriana has to be the Leyshon Brothers who took to partying in a condemned Victorian dancehall established in the 1840’s until its final bow in January for tube expansion. I very much enjoyed the emails leading up to their event’s reminding one to leave ones bakelite cards at home as these were anachronistic and instead bring guineas. We can expect great things from the Brothers in the future and I look forward to the unveiling of their new projects (http://www.leyshonbrothers.com/mailing.php). God Save the Queen!

2 responses to “London: Legacy of Empire”