Lisa on the Radio with The Learning Curve 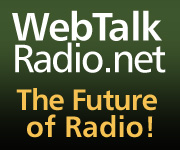 What is Integrated Learning?

Why Are American Students Behind Other Nations in Science Education, and What can Be Done About it?

Lisa Niver Rajna is an honest-to-goodness science teacher working in the trenches at K-6. Lisa’s success is evident in the following:

One of her students WON an international award with OXFAM Canada in its contest on making toys out of recycled materials. Her team was the FIRST USA team in the contest in 20 years

Further she has been invited to be Geographic Awareness Editor on the site: Wandering Educators.com; and most recently has been nominated for a Presidential Award as a Science Teacher.

Hear Roger & Virginia talk with Lisa about the Global Achieve

We explore with her such issues as:

Is there a conflict between preparing students for the world of work and teaching them about their roles as citizens?

What does it mean in today’s world to be an active and informed citizen, and how does a democratic society best educate for citizenship?

What would be involved in created the ‘challenging and rigorous curriculum’ for all students that many are now demanding? What is even meant by ‘rigor’ today and how do we get more of it in our students’ classes?

Learn how the kinds of questions students are asked and the extent to which a teacher (or parent) challenges students to explain their thinking or expand on their answers are reliable indicators of the level of intellectual rigor in a class.

What about our kids’ future roles as world citizens? Are we educating them for it?

Given that, as a society, we become good at what we measure: are we measuring the optimum things in our students?

Learn how Lisa excites her students and interests them in science.

3 responses to “Lisa on the Radio with The Learning Curve”