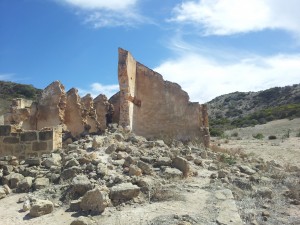 The hot wind lashed against my face as the bike raced up the wide open highway.  I’d been in fifth gear for 30 miles now, and the radiating engine singed the hairs on my leg.  We were hoping to reach Kalbarri by nightfall, but we were already under a ripe mango sky.

Anna and I had been riding for two days now, a few hundred miles up Indian Ocean Drive from Perth and then the North West Coastal Highway from Geraldton, a coastal city of 35,000.  We left base with a sleeping bag, a tent, a loaf of bread, some Vegemite, and a hammer, all crammed into a 40-litre luggage rack on the back of a black sports tourer.  It was our escape, a few days to ditch the city and find some time for the stars.

As we sped along the West Australian coastline, we scanned the fields for any movement – a kangaroo scratching with its hind legs, or a tree blowing in the wind, but there was only stillness.  Stillness like you’ve never seen it, as if the world here was just a billion year old oil painting, left to dry and crack under the terror of the Australian sun.

We’d stopped in at Geraldton the night before for a rest – pitched up the two-man and listened to the cargo ships on the docks until the early hours of the morning.  When the sun started blaring through the mesh windows, we took a couple of hours to splash and dive in the coolness of the crystal blue Indian Ocean – swimming as far out as we would dare, and then swimming back. 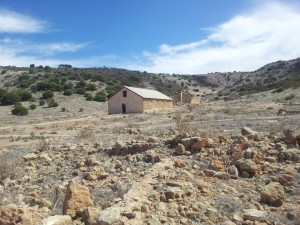 By the afternoon, the morning seemed like days ago, as the endless unchanging road played around with the hours.  All you can do on those long straight stretches is think, so you try to think about where you’re going to and not where you’ve come from.

The fuel gauge was reading a quarter full, so we pulled in to fill up at a service station in Northhampton – a historical town, originally named The Mines.  Anna climbed down and took off her helmet.  “How’s the ride?” I asked. “Long,” she replied.  I handed a fifty to the attendant and he gave me back ten-something change.  “Many customers?” I asked.  “The usual.”

We sped on down the road, passing one or two cars every half hour.  I decided to take a detour through Port Gregory, a quaint fishing town with a population of 46.  Hutt Lagoon, a salt lake just outside town, had dried up, turning the lake into miles and miles of treadable pink salt.  Some tourists pulled up, and we helped take a couple of photos of them walking on the crystalline flats.

Anna waved goodbye to them as I shifted into second, watching the red West Australian sun disappear in the rear vision mirror.  I pulled back my sleeve and looked down at my watch – 35 miles to go.

Michael MacKenzie: Michael quit his job, sold his motorbike, and said goodbye to his hometown of Perth, Australia. A year later, he has hasn’t looked back. He is always searching for his next adventure - whether it’s driving across western Turkey without a license, or hitchhiking through Poland. Michael MacKenzie is the recent winner of We Said Go Travel’s “Gratitude Travel Writing Contest” and runs the travel blog Without a Permanent Address.