Croatia: The First Rule of Swimming 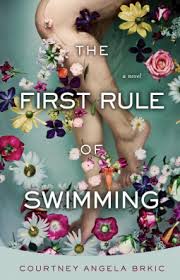 In The First Rule of Swimming: A Novel

by Courtney Angela Brkic, Luka taught his granddaughter: “The first rule of swimming was to stay afloat.” Madgalena and Jadranka, two sisters who grew up on Rosmarina Island, Croatia, must find a path to balance in this novel. Through the details of decades of family history during the war and after, each family member discovered truths among what was told and what secrets went unsaid.

While Magdalena remains in Rosmarina and becomes a teacher, Jadranka “was not so much irresponsible as a force of nature, difficult to predict and difficult to contain.” Jandranka explained her philosophy: “Who needs a plan when the possibilities are endless?” Others commented about Jandranka, “She has always moved to her own music.” Her efforts to understand herself and her past create ripples throughout the family that turn into waves of understanding.

Their cousin, Katarina, spent one memorable summer with the girls on the island after her family moved away to America. The trio had challenges as youngsters, which reappear when they are reunited as adults. The sisters felt that Katarina’s family “had picked an easier life, and it only seemed fair that they should lose something in that transaction.” The two girls did not want to share their island with their cousin but involving her and connecting with her was crucial to their ability to move on with their lives.

As the novel evolves, every family member reveals surprising tales; the pieces of the puzzle fit together to create an endearing portrait of what we do for love.

This review first appeared in the Jewish Journal.

PARTICIPATE IN OUR TRAVEL WRITING CONTEST:

Now that you are inspired, we hope you will choose to send your stories to us for our Independence Travel Writing Contest. It is free to enter. Contest closes July 4, 2013. $1,000usd in CASH prizes. Click here for all the details.

Sláinte mhaith: To good health and an unforgettable St. Patrick's!
Celebrating One Million American Travelers to Japan
What do Ariana Grande, Kim Kardashian and Lisa Niver have in common?
Secrets from Lisa Niver How to Sleep on a Plane