Christmas in The Philippines – Part 1

We love The Philippines at any time of year, but if you’re thinking of traveling to The Philippines during the Christmas holidays, you can expect all sorts of festivities and festivals. 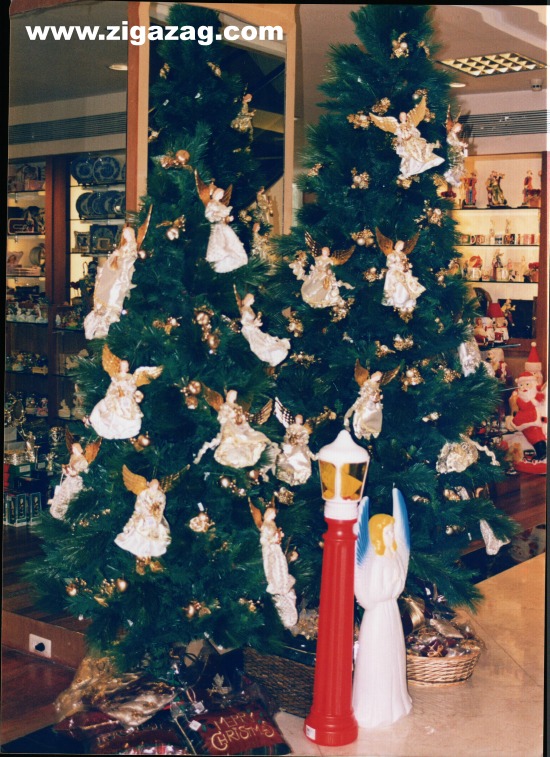 I was lucky to live in a suburb outside Manila for nearly 4 years and my over-riding memory of the Christmas period is of prayer, colourful fiestas and food – all over the country, in the provinces, on the islands and in Manila.

Christmas or pasko comes from the Spanish, Pascua de Navidad, meaning Christmas, and in The Philippines it really begins during the first month ending in ‘er’, which means September! This is when the shops and department stores begin stocking Christmas paraphernalia and playing Christmas carols.

To be honest by the time Christmas arrived, I’d often be hoping never to hear another Christmas carol again ever, but that would be Scrooge-like, because the Filipinos love music and song, and it’s such a jubilant time of year.

Mass of the Rooster

On the 16th December at dawn, church bells ring in the official start to The Philippine Christmas, and the devout will rise early to celebrate Mass of the Rooster (Misa de Gallo) which marks the beginning of nine days of prayer.

In The Philippines Christmas doesn’t always end on the 12th day! Although Three Kings Day on 6th January is the official end to the season, the festivities can be stretched out until March. I’m not sure if that ranks it as the longest celebration of Christmas in the world?

Flashing Lights on all the houses

What we loved were all the innovative touches at Christmas. With no snow, the traditional idea of Christmas dulled a little for me, but I was soon reveling in the fact that we’d see palm branches decorated with bamboo carvings or shells, and trees might be sprayed silver, gold, white or green. And every house in our suburb would be flashing bright with lights as if each house was trying to outdo the next door neighbours! It was quite a contest.

The traffic in Manila was always a problem at any time of year, and gridlock was a day to day frustration. I used to try to get my Christmas shopping done really early because I knew that frrom September onwards Filipinos from the provinces would be swelling numbers, making trips to the city, often on public transport and Jeepneys, to buy their gifts. 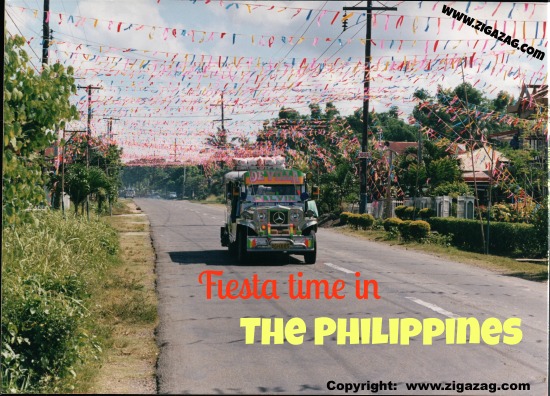 Christmas is the time of year when people return home to their families from wherever they are. Many Filipinos have to work overseas to earn money and  the Balikbayan or overseas workers, return from all over the world to be reunited with their loved ones.

Family is number one

Family ties are vitally important to Filipinos and Christmas is a time of not only reaffirming faith, but also family relationships.

If you would like to read more about Christmas traditions in The Philippines, and how you can help those affected by Typhoon Haiyan,  please read Part 2 of this post.

Until then, Maligayang Pasko – Merry Christmas!

Bio: Johanna Castro is a travel writer and writes two blogs. Her “Travel Blog, ZigaZag”  inspires people to “Live for the Moment, Love Adventure and Do Something Awesome,” and “Lifestyle Fifty”  is for fun, feisty, funky women of a certain age.  To learn more about Blogging download her free E-book “ How to Be a Well Fed Blogger” by signing up for her Newsletter Jo’s written for 40+ print, and around 20 online publications, has self published a children’s novel in support of an orphanage in The Philippines, lived in 11 different countries, is married to a geologist and has two well traveled, grown up children.

A Budget for Your Wishes Like Travel!
UN World Humanitarian Day 2020 #RealLifeHeroes
Italy: Blood and Sacrifice Part II
How could I choose between Paris and London?

Johanna Castro is a travel writer and managing editor of two blogs. Her “TravelBlog ZigaZag inspires people to “Live for the Moment, Love Adventure and Do Something Awesome,” and “Lifestyle Fifty” is for fun, feisty, funky women getting older. Jo’s written for print, and online publications, has self published a children's novel in support of an orphanage in The Philippines, lived in 11 different countries, is married to a geologist and has two well travelled, grown up children.

3 responses to “Christmas in The Philippines – Part 1”