Take Me Back to the Black Hills of Dakota

This is an entry in the We Said Go Travel Writing Contest written by Kelli Mutchler from the USA. Thanks for your entry Kelli!

Norbert Mutchler’s name is one of thousands carved into the white headstones that line the Black Hills National Cemetery.  Small plastic flags and individual red carnations are the only decorations.  On holidays, family members still kneel to place these items of remembrance.  Solid and unpretentious, the grave markers – like the dusky mountains surrounding them – represent an isolated remnant of the American spirit.

Paha Sapa and Khe Sapa, the Lakota Native Americans call these peaks.  Translated brokenly into English, the names describe the sacred mountains emerging from the earth, and their pines that appear black in the distance.

Driving west on South Dakota’s Interstate 90, they first break the horizon like a dark mirage, an island amid the vast golden prairies.  It is only when your wheels spin past Rapid City and on towards the famous sculpted faces of Mount Rushmore, that the scenery changes.  Gone are the 360-degree skylines of the eastern Dakota territories.  Now, aspen, deer and cowboy boots surround you.

The Black Hills have always marked the first outpost of the West; an enclave of indigenous culture, pioneering standards and gambling opportunists. 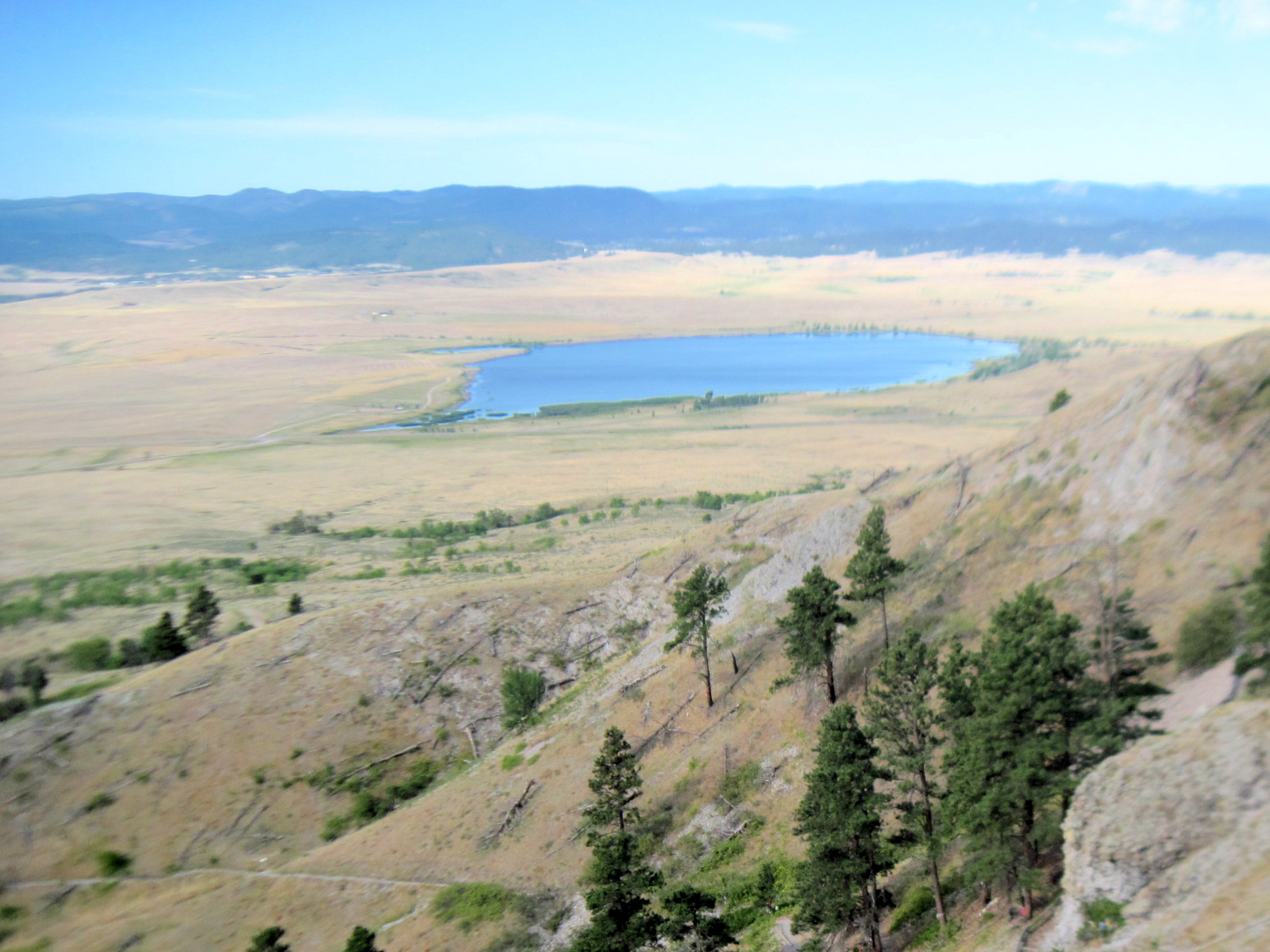 I returned to these shadowy forests – 28 years after my birth – to find a national identity that had withered abroad.  The United States of my grandparents’ generation, the motherland that Norbert defended on the shores of Normandy, seemed to be an endangered ideology.

Then Gutzon Borglum demonstrated the region’s ability to dream beyond physical limitations.  Borglum spent 14 years chiseling a monument that would draw together citizens from every corner of the continent.  Standing under the noses of Washington and Roosevelt, 5,500 feet above sea level, your own challenges shrink in proportion.  At the 1927 dedication, President Calvin Coolidge recognized that “The fundamental principles which they represented have been wrought into the very being of our Country.  They are as steadfast as these ancient hills.”

Wild Bill Hickock reminded me that history is only as dead as an unopened deck of cards.  For the past 130 years, Deadwood’s main street has echoed with gun-toting outlaws, cat-calling show girls and the sermons of repentant sinners.  The town started in a gold boom and never lived down its reckless reputation.  Calamity Jane, Billy the Kid and Preacher Smith are only a few of the characters to pass through its pool halls.  Though the shootouts are now staged, and the chime of slot machines ring louder than the local trolley, this National Historic Landmark refuses to let the past die.  Standing in the No. 10 Saloon, where Hickock was shot during a game of poker, you realize that legends aren’t so improbable.

Crazy Horse pointed out that the future is a vision we must never abandon.  The Lakota leader faced U.S. Calvary at the Battle of the Little Bighorn, fighting – and eventually dying – for the sovereignty of his people.  Seven years after Borglum finished Rushmore, one of his former assistants – Korczak Ziolkowski – and Chief Henry Standing Bear designed a different sort of national tribute.  Today, the native hero’s profile is clearly defined, while his chalked-out torso and horse have yet to be carved.  Funded entirely through donations, the process could take decades.  But when completed, he will stand taller than the pyramids.

John Wayne vocalized our humble respect for the land.  I was taking notes at my first rodeo when his pre-recorded voice filled the stadium.  Ranchers and horsemen applauded like the man had been reincarnated as a long-horn bull.  That evening, I watched while steer and stallion were muscled into positions of submission.  You can hear the anticipation in grinding teeth and tapping boot heels.  Yet this is not a display of dominance, but a dance between creatures.  They are co-dependent, a loose family that hurt and help each other in season. 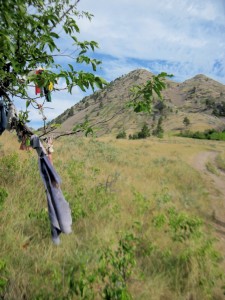 And finally, Grandpa Mutchler showed me that true love requires courage.  During World War II’s D-Day invasion, Norbert swam through a blood and bodies clutching a prayer card of the Immaculate Heart of Mary.  The soiled image is buried with him, now part of the adored earth he believed was worth protecting

In these hills, America is not an accident.

It is written into the lines of country music lyrics; plastered onto the bumpers of dusty red Chevy pickups; recited loudly, hand over heart, at stock shows and summer baseball games.  You can taste it in a thick slab of Angus steak and see it in the fur of a grazing buffalo.

Out here, I realize it’s not the great Western actor, born Marion Morrison, who brings a crowd to its feet.  It’s my home.

About the Author: Kelli Mutchler left a small, Midwest American town to prove that Yanks can, and do, chose alternative lifestyles.  On the road for five years now, Kelli has tried news reporting and waitressing, bungy jumping and English teaching. After recently working with Burmese refugees in Thailand, she hopes to pursue a MA in Global Development.  Opportunities and scenes for international travel are encouraged on her blog, www.toomutchforwords.com