A Taste of Immortality – Part 3 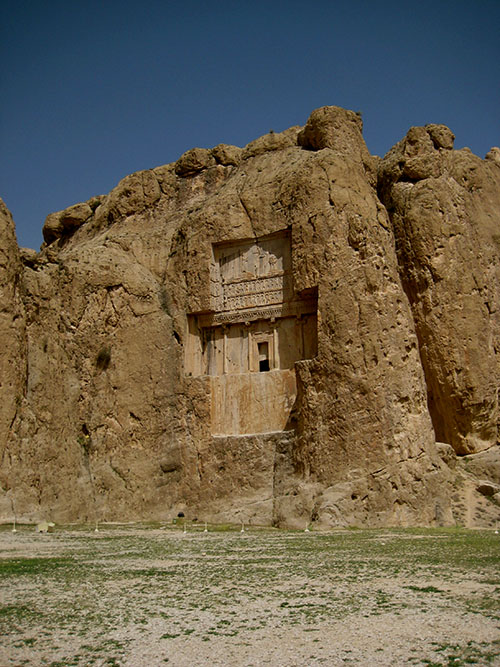 One of the tombs of an Achaemenid king at Naqsh-e Rustam. All four tombs are carved out of the rock face. 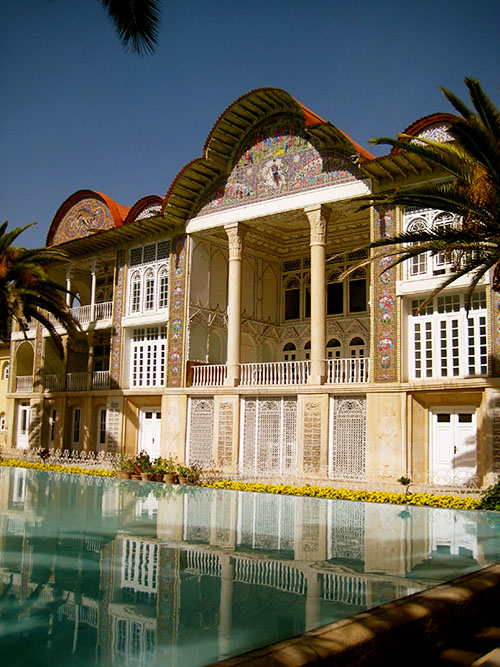 A pool view of the Eram Garden. 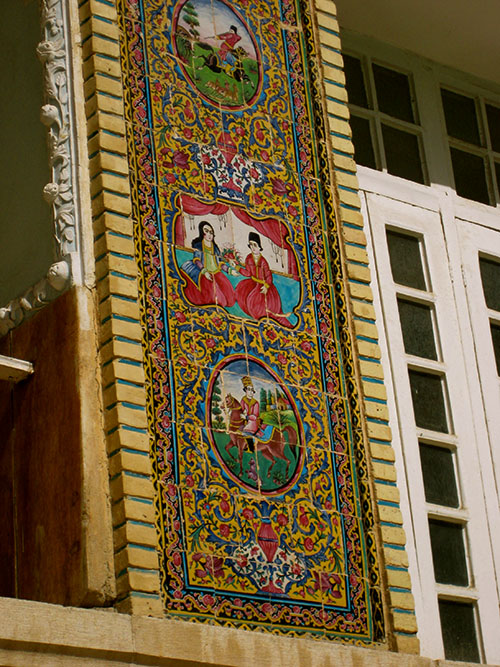 The colorful patterns of a mosaic at the Eram Garden. 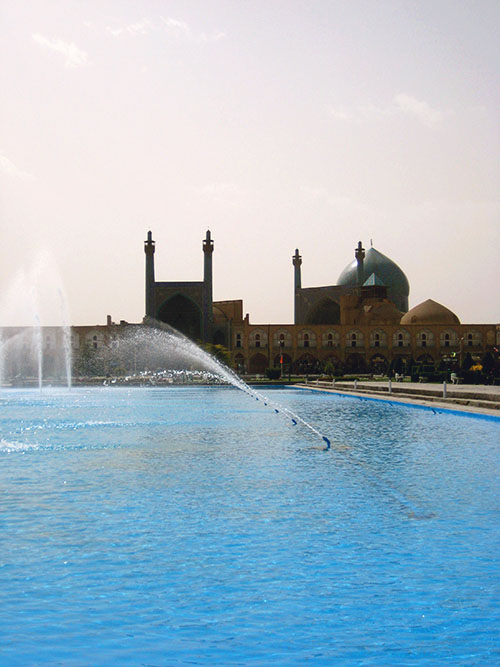 Naqsh-e Jahan Square in Isfahan is surrounded by small fountains. Considered once a pivotal stop in the silk trade, Isfahan is also home to the blue mosque known as the Shah Mosque. 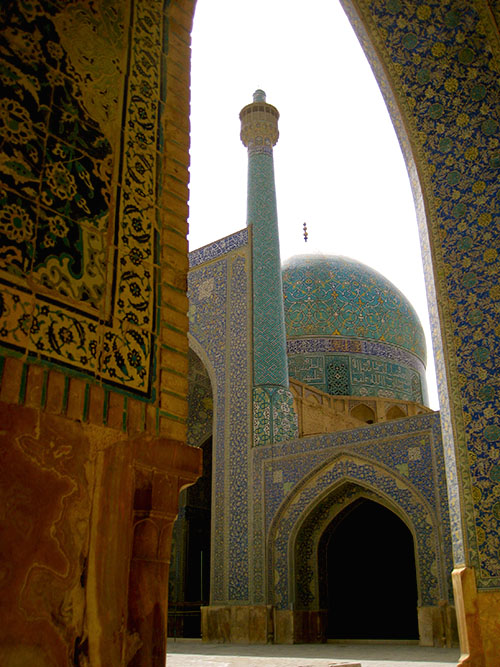 The walls of the Shah Mosque. 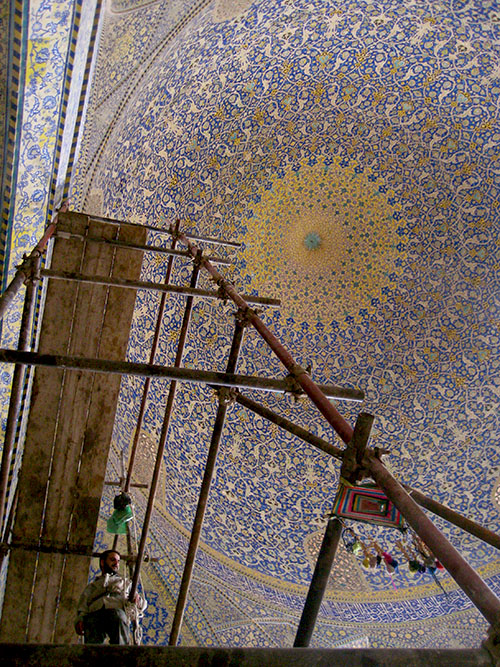 The intricate and meticulous ceiling at the Shah Mosque. 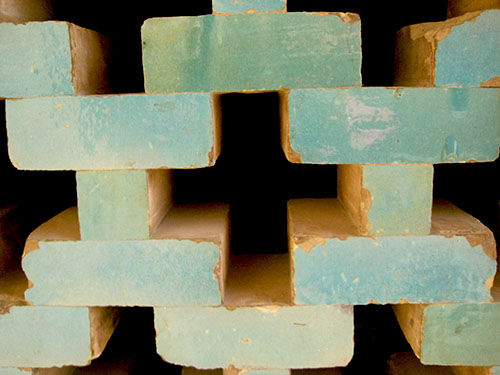 The inner walls of the Shah Mosque have intricate patterns such crosses above. 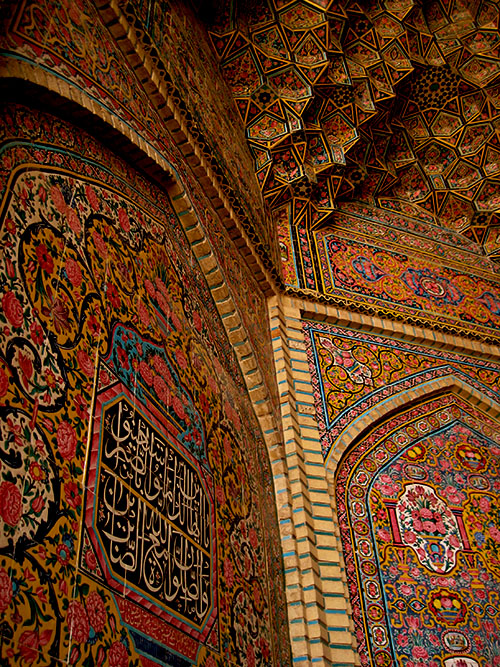 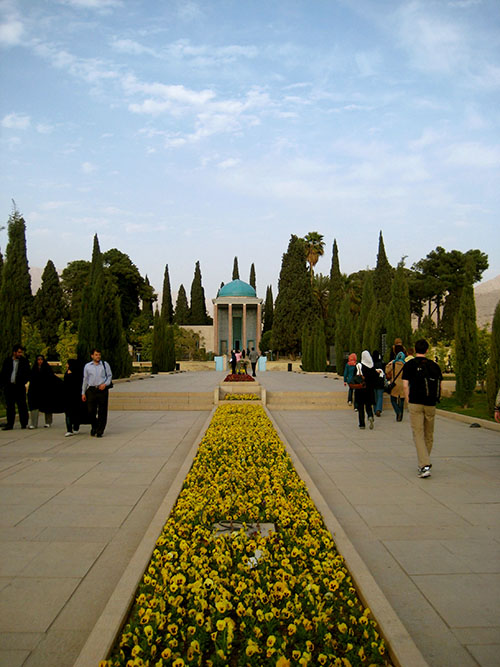 The main entrance of Saadi’s tomb. Revered as one of Iran’s most famous Sufi poets, Saadi’s specialty were his odes and personal anecdotes. 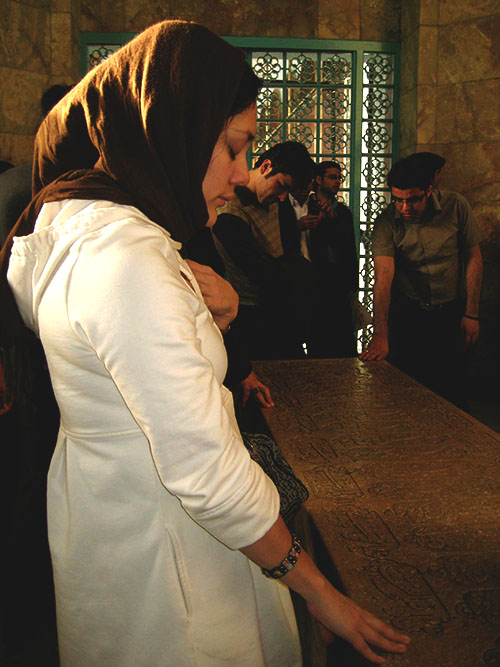 Saadi’s tomb in his mausoleum. Tradition says that when a person touches the tomb he or she makes a wish. Many Iranians hope for good fortune and good health.

See what else I was up to in Iran next week in A Taste of Immortality – Part 4.

2 responses to “A Taste of Immortality – Part 3”