A Place I Love: Los Angeles

This is an entry in the We Said Go Travel Writing Contest written by  Sofie Couwenbergh from Belgium. Thanks for your entry Sofie!

My parents, brother and I spent a day in Los Angeles on a two-week trip along the west coast, but that’s not the reason I wanted to go back there because honestly, all I remember from that brief visit is that there was a mall that was open until 11 pm, getting a whole apple pie as desert (when I thought I’d get just one piece – okay, that might actually have been a reason to go back) and Universal Studios. 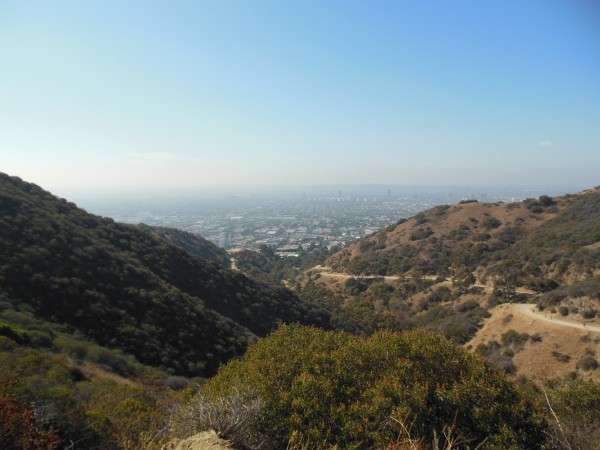 No, I wanted to go back for something else. Although Los Angeles is famous for it’s movie stars and movie star wannabe’s, it’s also known – together with New York –  as the city when it comes to dance classes.

For those of you who don’t know it yet: I’m a real dance aficionada. A late starter, I took my first dance class at the age of 12. It was nothing special: a jazz class thought at the local gymnastics club. It got cancelled after a couple of months because the teacher left to… travel the world!

Can’t blame her, now can we?

A couple of years later I got a flyer in the mail advertising street dance classes in a dance school near to where I lived with my parents. I went to have a look and got hooked.
Now, I must admit that for a long time I only danced about two hours a week. That’s not a lot and definitely not enough to really improve. First it was because I couldn’t get there on my own, then I used university as an excuse… Looking back on it now I realize I could’ve danced way more when I was younger and that then actually was the perfect time.
But regrets always come too late, don’t they?

I didn’t want any more of the thought, so when a friend told me last year that she’d be going in summer, the decision was quickly made.

Because of work obligations I couldn’t go longer than two weeks, but what a two weeks it were…

I ended up doing so much more than ‘just’ dancing because Los Angeles just has so much to offer. The more I planned this trip, the more I got excited and with that came a bit of fear that LA wouldn’t live up to my expectations. 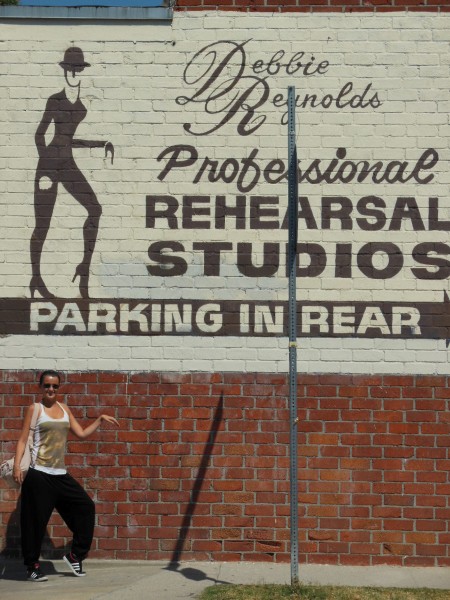 I absolutely loved it and the reason I loved it was mostly, I think, because LA County consists of all these areas that are so different from each other and yet manage to flow over into each other.

Not even the beach area is the same everywhere. Santa Monica and Venice might be neighbors, but have a distinct feel to them. Santa Monica (or at least the area I’ve seen) looks a bit cleaner, wider, more structured, while Venice with its artists really feels alive or even ‘lived’.

If you want to do the real touristy stuff, you need to be in Hollywood. Walk the Walk of Fame, check out the various entertainment museums and Graumann’s Chinese theater or go shopping at Hollywood & Vine. But know that parking is much more expensive here (and downtown) than in other parts of LA.

Or maybe you feel like taking a break from the city hassle? Just jump in your rental car and drive up to Runyon Canyon for a hike. I was totally amazed when I saw people enthusiastically running up and down the steep hills in the blistering sun. Quite a workout!

But what I liked most about LA and what has changed me as a person, is the positive vibe I experienced there. We rational Belgians often laugh or look cynical at people who want to do something out of the box, like moving to LA to pursue an acting career. The people I met in LA, however, seem to live by the idea that you’ll never know unless you try. And they’re right.

On the plane back home I sat next to an Italian who’d moved to the States and who was now married with children to an American woman. Their daughter did drama in school and wanted to try to get some acting gigs. He had his doubts. Was this a good idea? Wouldn’t she be disappointed if it didn’t work out? His wife, on the other hand, told him that they’d never now if they didn’t give it a go and she started signing her daughter up for auditions. When he told me this, their daughter had already done several television gigs.

Have you ever been to a place that changed the way you thought about things?

About the Author: Sofie Couwenbergh: Sofie is a food fan (mmm, food…), dance aficionada and travel blogger on http://www.wonderfulwanderings.com. She’s a language lover lusting life, exploring the world and writing about it.

One response to “A Place I Love: Los Angeles”