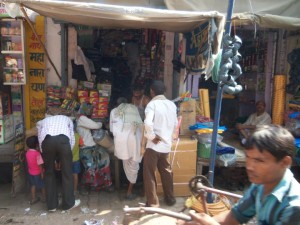 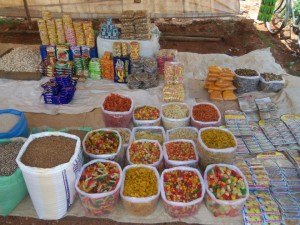 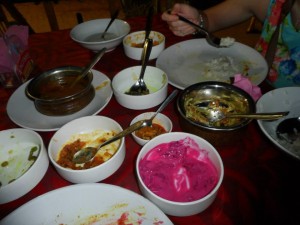 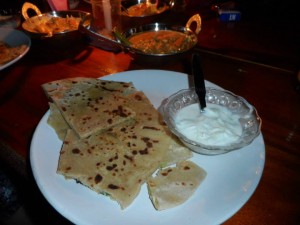 After vowing that we would be on full alert, all systems go, eyes peeled and ears cocked, money changed, visas opened and as on guard and vigilant as we could possibly appear- Delhi airport was nowhere near as scary, hectic or confusing as we were incessantly warned it would be. In fact, it was one of the calmest, most relaxed and organised arrivals hall of our whole trip. Our first impression of India had caught us completely off guard.

So many people had made cutting comments, taken sharp intakes of breath and mumbled something about us ‘ being in for a shock’  that I had truly come to believe that we were. ..and not in a good way. One particularly pompous character had even chatted to us about the backpacker suicide rate in India over breakfast, tutting at our laughter and warning us of the dangers of being ‘naive’ to its evils. We did dare to think that, having just spent 2 months in neighbouring Nepal, we might not find it as difficult, but even that was beginning to ring hollow. Frightened that it may actually be as scary as people kept arguing, we had even booked our first night’s accommodation in Delhi. We.were.prepared.

‘Really? You like to live there?’ Approximately one hour later and we were sat in the foyer of our Karol Bagh hostel, drinking a Tiger beer and trying to persuade our new friend Arrun that Birmingham is not the most boring city in the UK.

‘It is just so quiet. So boring. I missed Delhi after like, one day.’

I smiled into my glass.

Our Bangalore born taxi driver had been hilarious, regaling us with tales of uber- famous tourists he had driven and refusing to believe that we were not upset about being unmarried 24 year olds. He’d phoned the hostel to let them know we were en route and practically planned our India itinerary for us. With an aunty in almost every city, and a family reputation for the best chai in town, he seemed like a good guy to have picked for our very first encounter with the local people of India’s capital. The hostel owner refused to let us pay for our taxi, refused to let us carry our own bags and made us promise that we would join them for welcome beers after a ‘nap-sleep’. Not ones for turning down naps, beers or new friends, we did.

It took India approximately one evening to completely steal my heart. Too excited about our first meal to accept Arun’s invitation to the ‘coolest bar in New Delhi’, we had opted instead for the very local Guru Nanak market in Karol Bagh. A labyrinth of dusty street stalls, there was something going on in every single nook and cranny. Men crowded around samosa stands like they would a bar in England, supping tiny paper cups of chai and bellowing with laughter at every given opportunity. Girls shimmied up and down the pathways in reds, golds, greens and silvers- their shalwar kameez trousers sweeping dust from the ground. Kids darted between tables, shiny-eyed.

There were all kinds of shops selling all kinds of junk. Motorcycle parts, plug sockets, yarns of glittery cloth, dried flowers, rusty medicine bottles, ironworks. Hallucinatory images of Shiva, Brahma and Vishnu in all their glory.  Tailors, barbers, fruit-sellers. Everyone worked to the obliterating noise of car horns and, in the midst of all this chaos, cows sauntered between cars and stands, occasionally knocking over bicycles. Flies buzzed in the smog and the heavy scent of masala spice lingered. For our deciding-what-to-order snack we bought samosas from the busiest stall on the market. Served in scraps of maths text book paper and drizzled with chilli sauce, they looked every bit as tasty as I had imagined. The crowd watched bug-eyed as we took our first bite, and then belly laughed with glee as we demonstrated our approval. Delicious.

Spurred on by the other snackers, we settled in a tiny side-street cafe for our dinner. Clearly bewildered as to why we had chosen his humble establishment for our tea, the owner recited the menu in his very best English and then decided we should definitely have the channa masala and rotis. We did not disagree, ate like kings and reassured him we would be back for breakfast the next morning. He nodded and smiled, laughing as we groaned with being too full and gushed about it being the best food we had ever tasted. Chased by the smiley rickshaw drivers, we made our way back to the hostel to sleep off our feast.

Karoo, South Africa: To The Hell and Back
5 Places to Visit in Canada
Dominican Republic: 27th Biennial of Visual Art
The Gentle Barn: My Tikkun Olam Bat Mitzvah Project

After 3 years at university in rainy Wales, Hannah bounded into what should have been a 3 month backpacking trip around South East Asia. Four years and a lot of loves, injuries, photographs, visas, AMAZING meals, train journeys, beers and adventures later and she is still exploring the world's most populous continent. Currently teaching English in high rise Hong Kong, Hannah gets excited about street food, sunshine and sharing stories.